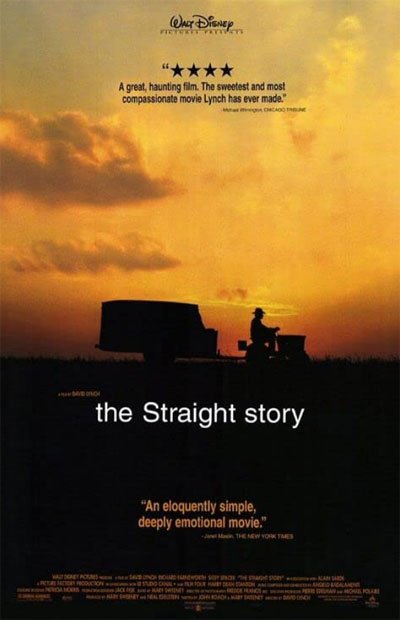 An elderly man wants to help his brother who just had a heart attack.

He has had no contact with him for many years cause they split up and left after a bad argument.

Entrusting his daughter to take care of his home, he decides to leave for Wisconsin.

But he has no longer a driving license, and he has to make the journey aboard his little ride-on mower.

So he connects to it a trailer and loads all the supplies he needs, putting on his way to Iowa.

The vehicle moves extremely slow and peacefully, obviously not being designed to cover such long distances.

However, this is not a problem for him. Indeed, he’s a man of another era, when men lived according to the slow rhythms of nature.

In his life, he saw the war, lost friends and love, and now tries not to lose his only brother.

Consequently, he savors to have plenty of time to find peace with himself and the rest of the world.

It will be over two hundred miles of memories, thoughts and considerations about his family and his gone youth.

And in the grand scheme of all things, he realizes his problems weren’t as serious as he thought initially.

When the sand in the hourglass is almost ending

The Straight Story is an on-the-road movie with an ordinary-common hero matching against nostalgia and time flow.

Advancing tirelessly along the road like an ancient knight-errant, no inconvenience can prevent him from reaching his goal.

In this long journey, the elderly man will find help from many different people along the American rural roads.

These people are all different but American as him, sometimes good at times petty, simply trying to survive another day.

In the long run, this man’s heart is the same as his nation, struggling for a distant and uncertain future.

But his old age has no malice but only the certainty of experience and the will to continue to live.

An incredible and ordinary true story

Personally, I think this movie is the best ever produced by Disney.

Incredibly, it is based on a true story, the journey of the elderly Alvin Straight from Iowa to Wisconsin to help his brother.

The great director David Lynch abandons his style of grotesque characters and disturbing and scary situations.

He reveals his fears with great humility, turning the simplicity of common life into poetry.

He doesn’t need to sugaring the pill for us: aging or be old suck and carries many problems.

But despite that, we can always find something worth living for and surviving for.

Great interpretation of Richard Farnsworth in the role of a weak older man determined and tireless in his purpose.

Beginning as a stuntman, he concludes his long career with an extraordinary character, sadly dying a year later the movie release.

In addition, as his daughter, we have the sweet and confused Sissy Spacek.

The actress demonstrates all her talent in the few minutes at her disposal, making the main character even deeper.

The Straight Story is definitely one of the best on-the-road ever in cinema history, as wise and romantic as its protagonist.

A movie to watch to love life even more, especially the youngest who still have so much time ahead of them.

What marriage is in a movie – The hardest couple challenge