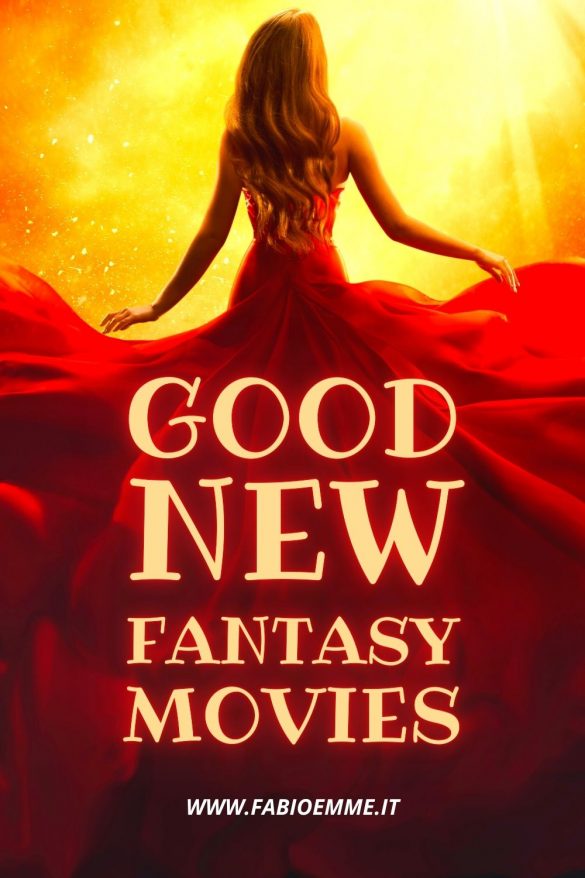 Fantasy is a good genre for every occasion, combining the magic of imagination with the visual spectacle of movies.

Unfortunately, many of these are lost on their release in cinemas and soon end up forgotten.

Today we are talking about three relatively new movies of recent years that have had the fate of disappearing into thin air for one reason or another.

A teenage romance in a normal small town becoming a family feud of hatred and magic.

Then we have a movie divided into different stories, all of them united by an incredible fantasy world.

Finally, we enter a child’s mind and watch her dreams become nightmares.

Three different stories, of which I hope at least one will give you satisfaction and will leave something inside that is worth remembering.

But enough with my humble chatter, sit back and prepare to be amazed.

A boy dreams of leaving his hometown, an anonymous little borough in South Carolina.

But one day, a mysterious and fascinating new student arrives at his school.

At first, she’s demure and doesn’t need new friends, but he manages to open her up and have her trust.

A strong friendship is born between the two boys that soon, having much in common, becomes true love.

When she invites him for the first time in her huge secluded mansion, he knows the truth about her family.

Generations with great power succeeding for centuries, and even in her blood, the magic flows are waiting to reveal themselves.

Indeed, when she celebrates her sixteenth birthday, she will know her true nature and become a powerful witch.

All her relatives eagerly wait for that moment when the light or the darkness finally defines the girl’s nature.

But their love could ruin everything, and so the family does anything to keep him away from her.

Waiting for the famous sixteenth moon, the two lovers will have to fight to stay together, even risking their lives.

Love and magic between two teenagers in South Carolina

Beautiful Creatures is one of the best good new fantasy movies for teenagers following the Twilight franchise’s success.

The rest of the cast is also excellent, including Jeremy Irons and Emma Thompson, who will fight tenaciously to turn the girl’s choice to light or darkness forever.

Richard LaGravenese is excellent as director and writer of the screenplay, capable of building a fascinating fantasy world.

Many have been waiting for a sequel for years, never arrived because of its poor box office results.

To summarize, it is a forgotten good fantasy for teenagers deserving a conclusion with at least one new last movie.

This world has incredible monsters and creatures in a realm where not even the rich nobles are safe from magic.

A childless queen has been trying for a long time in vain to get pregnant without any success. Desperate and with nothing left to lose, she finally relies on an ancient occult rite.

Magic works but has unexpected and disturbing consequences, like a twin brother who will have to live in the shadows.

In another story, a king marries his young daughter to a terrible ogre.

The girl initially tries to live with the brute and animalistic husband, enduring conditions at the limit of the human.

When she tries to escape, the beastly creature will relentlessly track her without mercy, slaughtering anyone in his path.

Believing that one of them is a beautiful girl, he invites her to live in his castle.

The witches unsuccessfully try to deceive him, unleashing his anger, when fortunately the incredible happens.

A new fantasy brand from Europe

Tale of Tales is a good Italian, French and English production, making an excellent fantasy movie.

Envy, desires, weaknesses, and all that make all humankind awful and amazing at the same time.

The magical and fairy atmosphere exasperates the worst human emotions, desires, and the hidden obscurity of the characters.

Directly from the fairytales by Giambattista Basile, keeping both the wickedness and the childish naivety of the original tale.

Besides, he can count on a wonderful cast like Salma Hayek, Vincent Cassel, and Toby Jones.

Despite this, this good movie was a flop at the box office, ending too soon in oblivion.

We can all give it a new opportunity, rediscovering this pearl with a magnificent atmosphere, costumes, and special effects.

A little girl lives with her difficult world projecting into her fantasy.

Enduring from bullying at school and family situations, she believes in being a warrior in an eternal fight against giants.

Everyone thinks she’s a bit crazy, including the father, who bears his increasingly unstable character.

Indeed, his daughter no longer even goes inside the house, spending all her time out or in the basement.

When a new student ends up believing her stories, she offers to help her in the fight.

Together with a young school psychologist, they try to penetrate her incredible fantasy world.

An illusion full of menacing monsters to fight a neverending war against an invincible enemy.

But in reality, maybe it hides a deep trauma that the girl would like to forget at any cost.

From comic pages to our screen

I Kill Giants is a fantasy movie Inspired by the homonymous good comic book, a cult worshipped by many fans worldwide.

The original is honestly more horror and evil, but the power of torment and psychological anxiety remain intact.

The director Anders Walter wisely mixing the fantasy with family drama, leaving us uncertain about the giants’ real existence.

The very young Madison Wolfe is perfect as a protagonist, holding the scene and giving pathos to her character.

Imogen Poots is also quite good as her sister and the always elegant Zoe Saldana as her teacher.

To summarize, an excellent drama about modern youth and its sense of loss and isolation.

But it is also an adventurous fantasy with some scary and spectacular scenes always in the balance between reality and fiction.

A relatively new movie that deserves more attention and affection to be appreciated and not forget the difficulties of our childhood.