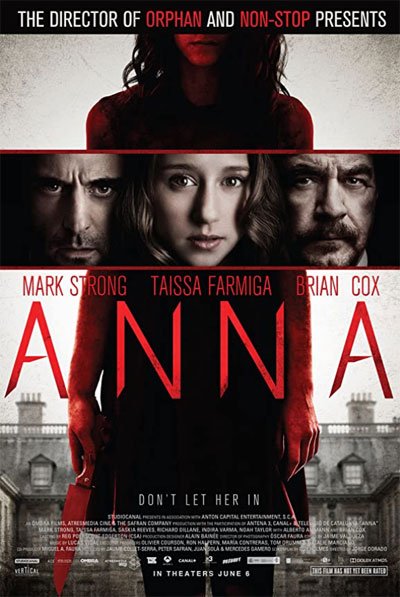 The film Anna talks about a near-future where the police use telepaths to interrogate suspected criminals.

Their work is never easy, having to distinguish the real memories from the dreams and desires of the subject.

One of these mind detectives is having a hard time, unable to work after his wife’s death.

The tragic memory always overlaps in the most delicate moments of his investigations, making any result unreliable.

To help him psychologically and financially, his boss gives him a simpler case than usual assaults and murders.

Going to a rich businessman mansion, he must help the young daughter get out of his shell.

Indeed, the girl suffers from nervous anorexia and absolutely refuses to eat.

But entering his mind, the man discovers a past made of secrets and cruelty between his school friends and teachers.

Desiring to help her, she will then begin to seek the truth that the girl even hides from herself.

The deception of dreams and memory

Anna is an Inception-like mystery, perpetually suspended between the teen movie, the fantasy, and the detective investigation.

Seemingly innocent as the protagonists, the film turns on deception and confusion between the memory reality and dreams desire.

Aesthetics is elegant and refined (perhaps even too patinated sometimes) but combines with style the oniric to the real world.

The relationship between them grows from initial distrust and suspicion to an ever deeper empathy for each other’s situations.

Unlike the cold and calculating figures in Christopher Nolan’s film, we have a genuine warmth towards these two characters.

The scenography further increases the feeling of loss and unexpressed sexuality hidden behind the normality facade.

Twists and plot turns are few but strongly shakes the narration, elaborating a waiting mechanism and simple but effective whispering.

Mark Strong plays one of the most complex and interesting characters of his long career as a character actor.

The actor usually plays the few words’ tough man in films such as the hilarious Kick-Ass or The Guard.

What initially may seem like the classic tormented detective becomes a more multifaceted character and not always necessarily positive.

Indeed, his pain dominates him, crushing by the guilt and mourning for his wife never overcome.

The young and beautiful Taissa Farmiga is equally taciturn and ambiguous girl on her part.

She, too, at first seems almost the stereotype of the fragile princess prisoner in the castle.

But with their telepathic sessions, his malice and intelligence emerge, conquering the interest and respect of the adult man.

Anna left no trace in the big film distribution, paying perhaps the calmest and thoughtful rhythm than Christopher Nolan‘s movies.

This film tells a smaller and more personal story far from the action scenes and the grandeur Inception Style aura.

But perhaps also for this, it is closer to our common lives away from secret agents and international conspiration.