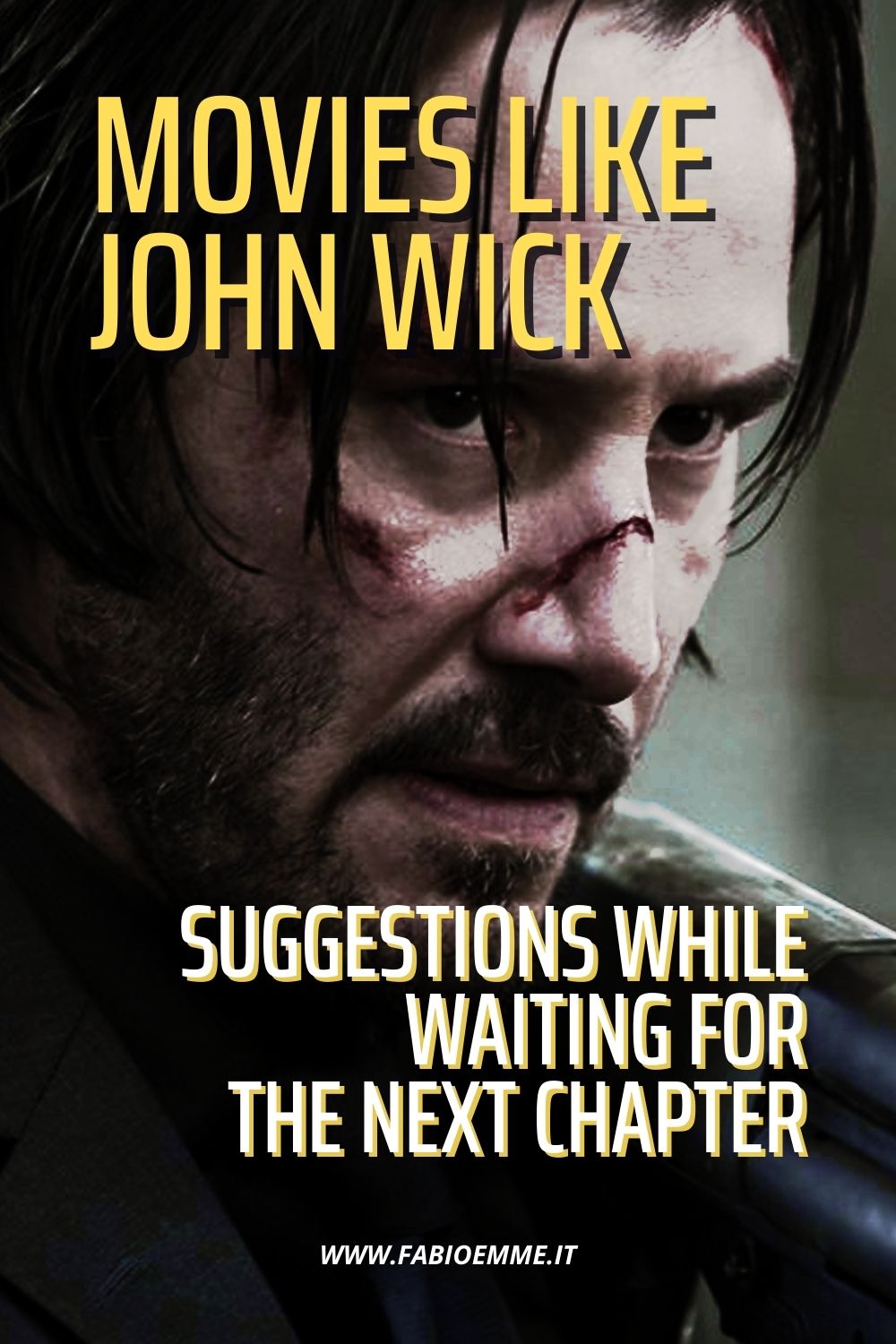 Did you fall in love with the action scenes of John Wick movies, looking for revenge for his dog?

We all waiting for the fourth chapter of the famous saga with Keanu Reeves postponed cause Covid since last spring.

Meanwhile, 3 movies for you with the same spirit and skillful construction of irresistible shootings, chases, and fights.

Given the genre in question, nothing better than starting with an absolute master like John Woo.

In this film, two gangs are fighting relentlessly for the crime monopoly in the city.

The only ones trying to stop them are two cops tougher than steel.

One is undercover among criminals, while the other is a pain in the ass always routed with his superiors.

Despite hating each other, they join to win the war, clearing the gangs staining Hong Kong streets with blood.

The great Chinese director usually plays a good role when it comes to action.

He skillfully combines light comedy in dialogue and history with elegant and choreographed shootings as classical ballet.

The grumpy policeman is the famous Chow Yun-fat, a face already known among those hanging around the oriental cinema.

He is a funny face, always joking about everything and elastic in firing with two guns simultaneously.

Scenes like the exhilarating beginning inside a pigeon house, with doves fluttering everywhere among bullets.

Tony Leung Chiu-Wai is a more serious and dramatic character, so in excellent contrast to his colleague.

Pretending to be a criminal, the criminal bosses trust him blindly like a son.

But when the rivals finally going to strike, he changes side betraying his gang fellas.

The good guys in this story are not so good, but rather morally ambiguous and even bad in certain situations.

A frantic rhythm movie with impeccable breath-taking scenes and fancy composition from the first to the last minute.

Like many John Woo films, it is one of the major inspirations leading to movies like John Wick.

A versatile author for dramatic films such as Traffic and entertaining others like Ocean’s Eleven or, in fact, this Knockout.

At her last work with the former partner Ewan Mcgregor, the protagonist is the beautiful mercenary Gina Carano.

But he betrays and charges her with an unjust charge of murder to save what remains of his business.

The woman must flee throughout Europe to the United States to settle things personally with the top-secret services.

The director throws himself into an unusual genre as far as he is concerned, full of action scenes and spectacular fights of the fierce protagonist.

The Carano, indeed, is a well known expert in martial arts.

She display hers skill against a series of unfortunate actors, not holding back his fury even with colleagues.

Which many of them can testify, coming out with bruises and broken bones after the various scenes on the set.

One after one, she throws down the male cast of Antonio Banderas, Michael Douglas, Michael Fassbender, and Channing Tatum.

With his usually wonderful use of photography, the director tells us the little epic adventure of this female warrior.

The effective slow rhythm, sinuous and full of pauses, let us admire the amazing details of every single scene.

A strong character that we hope to see again and that would not disfigure in the many John Wick movies.

Now to a more normal director, let’s talk about an excellent job like Phillip Noyce.

In this film, wisely, everything is focused on the skill, beauty, and great athleticism of the protagonist Angelina Jolie.

Forgetting the rather horrid (albeit funny, in their own way) movies/video games about the Tomb Raider saga, this time the actress plays a seasoned CIA agent.

After a long prison period in Korea, they finally release her.

Thus she won the respect of colleagues and a place of respect in the agency.

But one day, a Russian spy frame her for treason, accusing her of being a conspiracy sleeper agent’s leader.

He says they are ready to strike at the heart of the United States.

Forthwith, she immediately runs away, escaping from her former colleagues who will hunt her relentlessly.

To find out the truth, she kicks and punches her way into the most secret rooms in the White House.

There, the real traitors are waiting to get her out of the way once and for all.

As already said, the Jolie is really smart as an action actress.

Exciting with her betrayed woman looks, her story is a breathless race for freedom against time and her former colleagues.

On her trail, there are two excellent actors like Liev Schreiber and Chiwetel Ejiofor.

Doubtful but relentless, they want to believe her, but they also have the duty to capture her at any cost.

A good female action, even with the stereotypical theme of the good Americans against the bad Russians.

However, the story has a great rhythm, and interesting plot turns along with amazing chase, shooting, and martial fights.

Maybe more conventional than the others, it still makes us happy while waiting for the next John Wick movie.