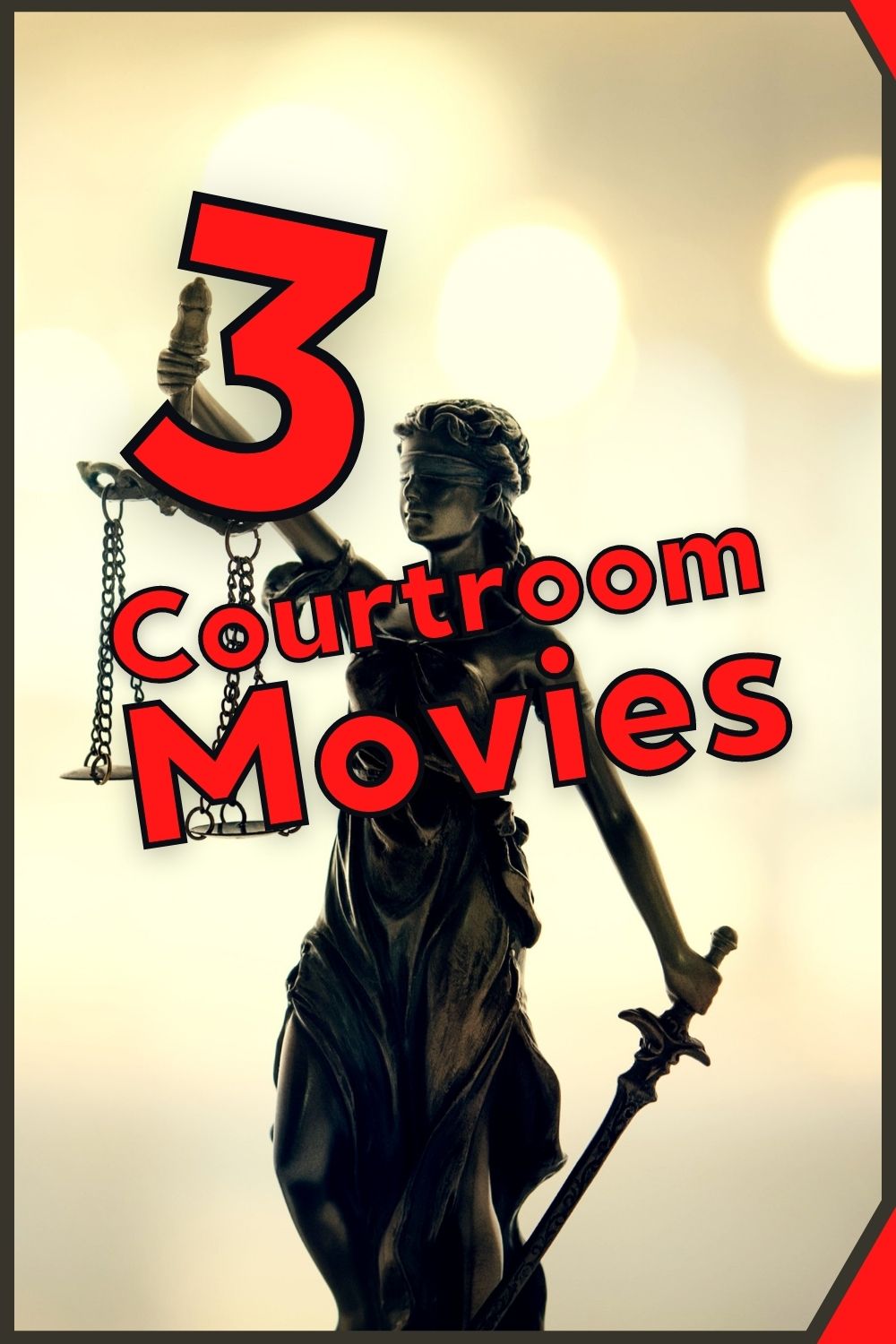 In real life, we ​​always hope not to finish in the Courtroom like a lonely man vs the entire society.

The bureaucratic apparatus, indeed, can become an invincible monster capable of crushing entire lives and families.

Sitting comfortably watching a movie is a whole other story.

3 Courtroom Movies you may have missed over the years, great entertainment to catch up and enjoy.

A pair of lovers and accomplices manage to infiltrate the jury in a trial against a large arms manufacturer.

Their plan is simple: bending the rules and extorting as much money as possible from the lawyers handling the case.

In the first place, they plagiarizing the jury’s various members psychologically.

Then, they will sell a verdict of guilt or innocence at a high price.

Initially, the lawyers refuse the offer, but as the trial progresses, the result more and more uncertain, the tension becomes higher.

In fact, the case deals with a dissatisfied employee who massacred his colleagues with an automatic weapon bought on the black market.

A guilty verdict would be the arms company’s ruin, establishing a legal precedent that would open the way for countless civil and criminal cases.

Challenging enemies inside and outside the courtroom, the two lovers will have to persevere with endurance and deception to get out alive and finally do justice.

An argument that has always been able to divide the masses and were, hence, often greed and speculation manage to win over the defense of justice and public peace.

John Cusack and Rachel Weisz have great chemistry as a pair of criminals in the biggest fraud of their lives.

The man is sitting among the jurors, plagiarizing them without them knowing, while the woman manages the contacts with the lawyers outside the courtroom.

Lawyers played by two phenomenal pillars of Hollywood, such as Dustin Hoffman and Gene Hackman.

The first is a small but honest lawyer who wants justice for his client, the wife of one of the massacre victims, while finally seeking a change in gun control laws.

The second is a ruthless and experienced manipulator who for decades has managed to bend every jury to his will, defending ignoble culprits, always letting them walk away from their crimes.

Directed by Gary Fleder and based on John Grisham‘s book, a veteran writer of the legal thriller genre.

A tense man vs society story full of brilliant, cynical, and witty dialogue, beautifully performed by an exceptional cast of actors.

Released in early 2000, it is still deserving to be the first of these 3 Courtroom Movies today.

One night in the Guantanamo military base, a young soldier dies after being attacked by two comrades.

A young man with little experience, but the son of a famous lawyer, is called to negotiate in their defense.

Thanks to a colleague extremely interested in the trial, they discover that what initially seemed bullying act is actually a much more complicated case.

In fact, the two murderers received an order from their superiors to teach the victim a lesson, guilty of poor results in his military training.

An unwritten rule unofficially called Code Red by the base soldiers with severe punishment for the mostly ineffective recruits.

It will be arduous for defense lawyers to establish the truth owing to the wall of silence behind the chain of command of Guantanamo‘s military ranks.

The young man will soon find himself alone with his colleagues, becoming the only hope of justice vs the military society.

A Few Good Men is an intelligent and engaging courtroom movie on the dynamics of an extremely rigorous military environment. Indeed hiding petty plans to advance careers behind honor and duty, exploiting and trampling the weakest for their own ends.

For the defense, we have an excellent couple of actors like Tom Cruise and Demi Moore.

Young, beautiful, and passionate about the cause, ardently fighting against the highest military officers’ closed and privileged system.

Kevin Bacon is amusing and strong too in his role. A close friend of the defense lawyer, but who must fulfill his duty to the end, sitting on the charge side trying to get a sentence for the young marines.

Finally, the immense Jack Nicholson plots behind the scenes to hide his sins.

A mad Colonel exalted by his power of command, summarized in his famous You Can’t Handle the Truth! already became an iconic quote of the famous actor.

Rob Reiner perfectly manages the timing of the story by perfectly alternating the heated debate in court with the personal conflicts between the various characters.

A Few Good Men is a 90s legal movie that still breaks through the screen today thanks to its amazing cast and tight and intense breathless dialogue.

An excellent piece of cinema history that is certainly worth to be among these 3 Courtroom Movies.

An inmate kills a cellmate during a fight in prison. Assisted in his defense by a cynical lawyer who is completely uninterested and resigned to an inevitable verdict.

Afterward, investigating the first crime that led him to jail, he discovers elements absolutely inconsistent with the guilty verdict.

Helped by a young colleague and an investigator friend, he decides to prove his innocence for the initial crime. A sentence of innocence in order to escape the trial for the second murder.

Along with the investigation, a powerful Prosecutor barring his way along with his trusted police colleagues. Intent on covering up all the evidence of the old murder, they will do everything to hinder his work.

The defense lawyers will soon discover that the crime goes far beyond their client.

Involving a wider international investigation into a Colombian drug cartel to be stopped at all costs.

True Believer is an exciting indictment of the law’s moral dilemma of ominous secrets and corruption perpetuated to obtain justice.

Lawyers and police officers living on the border between good and evil. Offering favors to shady individuals and covering up their crimes in the name of the higher good.

Great trio of lawyers led by the exuberant James Woods.

Initially, after many years of profession, he is a disenchanted man, then becoming the protector of his unjustly arrested client.

At his side, the young enthusiastic Robert Downey Jr. and Margaret Colin, fresher and still naive in front of the Courtroom’s dark plots.

The two will manage to open the eyes of the initially disinterested grumpy and neurotic lawyer, making him a true man vs society.

Finally, Kurtwood Smith is the relentless prosecutor, doing the worst deceptions to pursue his ends. Nevertheless, he still believes in defending the law by any means necessary, convinced that he has done nothing wrong.

As the director, Joseph Ruben builds an excellent legal thriller. Amalgamating the investigation with the legal part and the amusing arguments between the lawyers entertainingly.

True Believer is probably the most enjoyable of these 3 Courtroom Movies. A little forgotten since its release in the 80s and all to be rediscovered for new cinema fans.