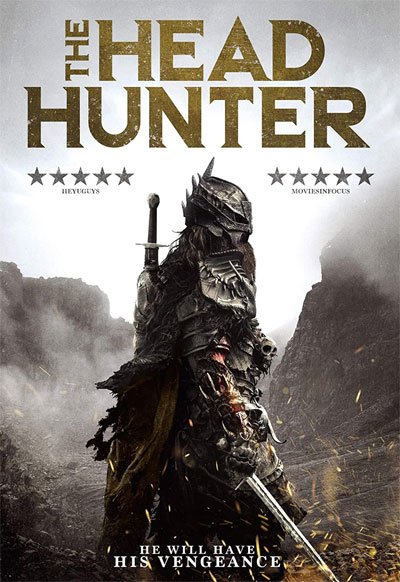 The Head Hunter begins in the heart of the forest, a warrior lives alone in his isolated and hidden shack.

Day after day, he hunts and kills monstrous and dangerous creatures that besiege his home.

In addition, when he finds a message delivered with an arrow, he must hunt the monsters threatening the nearby castle.

Its existence is an endless cycle of killing, forging weapons for hunting, and healing the wounds of its battles.

His body scars and the head collection of his shack’s wall are the only proof of his existence.

He sometimes goes to his daughter’s grave, mourning her disappearance years earlier during a cold winter.

Until one day, opening a message from the castle, he has a revelation been waiting for a long time.

Indeed, the cruel monster who killed his little girl has returned, more than ever thirsty for human blood.

For him, then the time of mourning ends, and the day of revenge arrives.

But the creature he faces will prove to be more devious and dangerous than he thought.

A life for vengeance

The Head Hunter is a solitary and desolate horror fantasy with an exceptional dark and cold atmosphere.

The only protagonist is a tireless and unstoppable butcher of monsters devoting his all life to hunting.

The beautiful natural locations and the alien style of photography surround the man of mysterious isolation.

The plot is simple and effective, staged with minimal costumes and sets but cared for in every little detail.

A whole that is well amalgamated and united by a slow, continuous, and pressing rhythm like the hammer of a blacksmith who beats on the anvil.

The movie is told mainly with the images and thoughts of the protagonist, never boring or too intrusive.

A fantastic one-person show begins and ends in the same desolation, in a world where there is no hope of future or redemption for anyone.

A heart, a shack and a lot of imagination

The director Jordan Downey creates a work of great impact with a great epic and adventurous path.

Working with a budget of only $30,000, a crew of 5 people shot, he gets the most out of every resource at his disposal.

The warrior’s shack is a mystery to be discovered, full of references to events never narrated but only suggested.

The machines with which he builds his weapons and his medical formulas are equally fascinating.

By showing his total isolation and self-sufficiency, we can understand that man has had no contact with anyone for years now.

The thought of avenging his daughter torments him every day and fills him with anger that he then blows out by tearing apart his enemies.

Christopher Rygh plays with great conviction and commitment to this knight in a war in his own endless crusade.

His size and physical posture are powerful and implacable, although we never see his battles against monsters.

And then, when the camera close-up his face, the actor expresses all of his physical and mental pain without saying a word.

Pain is his only companion, living away from the men’s world, mourning every day the daughter’s loss he did not know how to protect when she needed him more.

In conclusion, The Head Hunter a small pearl making from its misery a great uncommon movie, succeeding where many blockbuster millionaires often fail.