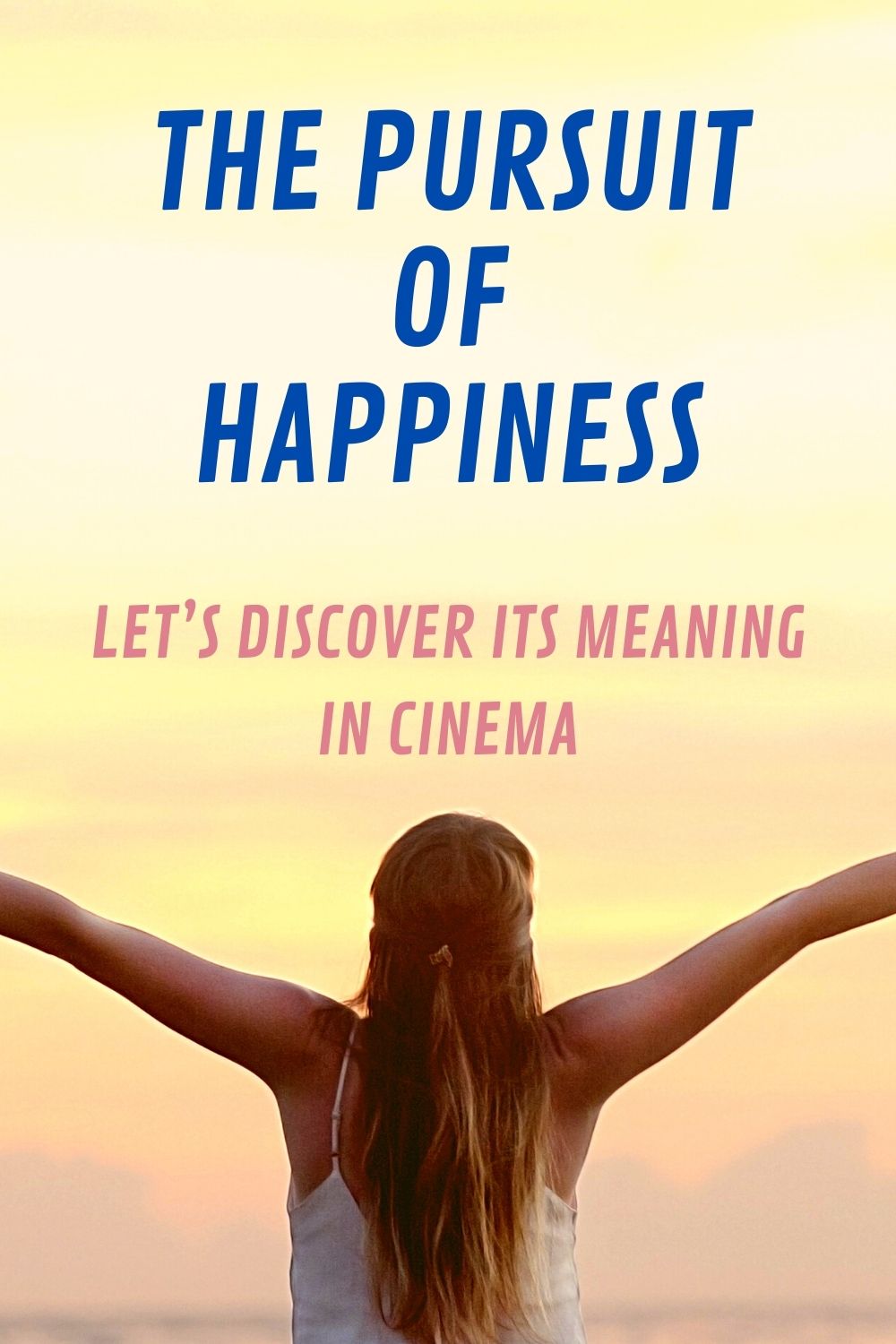 Whatever social class, religion, or country you are in, the pursuit of happiness is the common denominator making us all brothers and sisters.

A material intangible value permeates the very essence of our life and its unique and true final meaning.

And let’s face it: much of our happiness often passes to pursuit a soul mate to share our life.

How does this translate into the fantastic world of cinema?

We go from the tragedy of Titanic and his one-night-long love to immortal classics such as Beauty and the Beast.

They wisely diluted the feeling’s sugar and the drama’s harshness by combining it with action, fantasy, or comedy.

Three tasty dishes ready for every taste and every occasion, from dinner in joy with friends to the sad evening alone with nothing to do.

A brilliant mathematician, formerly a Nobel Prize nominee, lives alone in a small circle of friends. In fact, after a failed suicide attempt, his wife divorced, exasperated by his antisocial behavior.

His philosophy is a concentration of cynicism and extreme pessimism about the condition and ideals of the entire human race.

Until one day, right in front of his house, a desperate girl asks him for hospitality and something to eat. The young girl ran away from home and now finds herself lost in New York without work and friends.

Initially annoyed by his presence and naive ignorance, the two begin bonding and then even getting married.

The pursuit for her place in the world brings happiness and enthusiasm without eradicating his beliefs about other people.

But fate is lurking to turn the tables.

The young girl’s parents manage to track her down and show up one after the other at the home of the brilliant and irritable misanthrope.

Both are bigoted religious fanatics, recently divorced because of a love affair with her husband.

In a succession of crazy coincidences and relationships, all their lives will change forever in ways they never imagined before.

The Unpredictability of Destiny and Love

Whatever Works is an amazing romantic comedy, full of optimism and at the same time malice about the irony of life and destiny.

The unpredictability of events drags all the characters into a vortex that distorts their prejudices and beliefs.

Each of them begins his journey strongly attached to his values, despising and deriding those who do not think like him.

Eventually, they all come to realize that what they despise so much can be just what’s missing in their lives.

And so what does it matter if, after a long pointless pursuit, what brings them happiness bothers someone so much?

As the irritable and grumpy protagonist will say, reviewing his own initially unassailable positions:

whatever happiness you can filch or provide, every temporary measure of grace, whatever works

Finally, New York is a perfect setting for this little modern fairy tale.

A cynical and cold city, but so full of colors, cultures, religions, and radically different ways of life.

Once upon a time in New York

Woody Allen again brings us in his beloved/hated metropolis, already immortalized in the magnificent black and white with Manhattan.

His dialogues flow naturally like a river in flood, emphasizing the joyful hilarity of his protagonists’ personal tragedies.

The undisputed protagonist of this tragicomic parable of the human condition is the nice actor Larry David.

A man weaned with the bitter milk of life and now disillusioned with the idea of being really happy again.

Accustomed to always thinking the worst, in his monologues, he analyses the hypocrisies and the incongruity of modern society seraphically.

But breaking into his life and his home of the beautiful and naive Evan Rachel Wood will change everything irreversibly.

The actress was still young and unknown at the time, later becoming famous thanks to the TV series Westworld.

Her character is the perfect counterpoint to the sharp irony of the protagonist.

A beauty pageant queen running away from the bigoted, suffocating way of life of her parents.

Her way of living and looking at the world is many times stupid but genuinely open to others.

With her brilliant vitality, she will slowly convince even the grumpy protagonist to give a chance to the next finally.

Whatever Works is a hilarious poem and an author painting of rare intelligent beauty about the modern world.

The umpteenth piece of a great director’s pursuit constantly delights us every year by proposing his magic happiness recipe.

The tree of life is the story of a boy born and raised with his family in Texas in the ’50s.

The boy himself, now adult and miserable, tells the story in retrospect, combining his memories, thoughts, and reflections about life.

Deeply marked by the tragic death of his brother, the man thinks back with nostalgia and regret to his adolescence.

The father educates them in a harsh and intransigent way, teaching them how he thinks they must face life.

A way to climb success without goodness and kindness, but only the cynical realism of all against all perpetual war.

On the other hand, the mother is more sensitive and sweet and wants her children to appreciate the beauty and joy that can be in every little thing.

The clash between these two profoundly different personalities will have violent repercussions on family relationships.

The child will then grow up loving and hating the authoritarian father, even to the point of desiring his death.

But once an adult, he will regret even the darkest moments of his adolescence, realizing that every moment of happiness is a gift not to be refused.

The brutality of nature against the joy of grace

The tree of life is a unique and inimitable film, a hymn of love towards the bitterness and contradictions of life.

It is a composition of images and reflections on the human soul built around the micro-universe of a typical American family.

The moments of connection between the various sequences are a priceless ecstasy of style, exhilarating and evocative.

Long panoramas of rivers, mountains, and forests, where nature still reigns according to the hard and relentless law of force.

Suddenly, the ecstatic colors and immense spaces of our universe, its endless emptiness, its planets, and stars.

The emotions accumulated during the story run out and place what we saw in a new perspective.

It’s impossible to approach this film without an entirely different approach than the others.

Its history, in fact, speaks directly to our soul and heart, and rationalizing it would unjustly diminish its value.

He also grew up in Texas and was tragically tried by the death of his brother.

From this difficult context was born a great director who created his own style to experience day after day the love for his art.

Like the moments of philosophical pause in his films, a career was marked by an immense period of nothing that lasted twenty years.

And then, like the Phoenix rising from its ashes, astounding the whole world by returning with The Thin Red Line.

An epic journey into the Crimean War, of which The tree of Life resumes the sinuous and underlying philosophy.

The great director chooses a triptych of phenomenal actors to tell his family epic.

Sean Penn, Brad Pitt, and Jessica Chastain reach one of the highest peaks of their career.

Each scene alternates endless shots of elegant and wide-ranging with long close-ups on the suffering faces of the protagonists.

An immense depth interpretation, together with the mammoth craft behind the camera, makes this film an unmissable milestone of cinema.

Like Crazy is a story about two kids who fall in love at first sight after they met at school.

She is an English student in America to study, and he’s an American born and raised in Los Angeles.

Starting to date, the two soon become inseparable soul mates. When the girl’s visa is about to expire, she decides to stay anyway to spend the summer together.

Once back in England, the girl prepares to leave again for her beloved with a tourist visa. But the airport bureaucracy sends her back for last summer’s procedural transgression.

So this time, he is the one leaving for Europe spending a wonderful time knowing her friends and parents.

At the time of departure, the two must decide whether to marry and bypass any bureaucratic obstacles or let their paths separate forever.

Not an easy decision that will test the authenticity of their love in an exhausting long-distance relationship on either side of the ocean.

When Cupid forgets his papers

Its beauty lies entirely in the tones and rhythm of the absolutely natural and credible dialogues.

The various characters and settings are always moderate and never over the top, pleasantly close to the world we all know.

Pierced by the arrow of Cupid, both are prey to an immediate lightning strike for each other.

But as time passes, they both begin to wonder how much of their love they have left and if they still really want to be together.

Such a feeling, especially between two very young people, how long can it last before it fades?

The movie does not answer even in the end, detaching itself from the stereotypes of romantic films and their reassuring happy ending.

Drake Doremus confirms that he is a director with good technical means and narrative ideas, although perhaps too anchored to the romantic, sentimental genre.

Romance always and anyway, but he carries on with at least a shred of originality and research compared to his colleagues.

While basing virtually all of his films on the feeling and torment of his characters, he manages to propose it by varying themes and style, not cloning himself perpetually.

Like a Crazy remains today his most honest and sincere film and the most coherent and solid from the narrative point of view.

His leading couple, in this case, is made by the young Anton Yelchin and Felicity Jones.

The two actors have an excellent understanding and interpret the role of tormented lovers without ever becoming complaining or unbearable.

A not easy challenge in which many romantic films fail miserably, ending up making you hate the events with which they would like to enthuse you.

Their beauty is then enhanced by a minimal photograph and a great choice of costumes with normal clothes and nothing ever showy or exaggerated.

To summarize, the pursuit of two normal guys searching for their purpose and their place in the world together with the happiness that is the extra push to make us all move forward.

A message in hard times for everyone like this, where we are all under Coronavirus house arrest indefinitely without knowing how long our sentence will last.