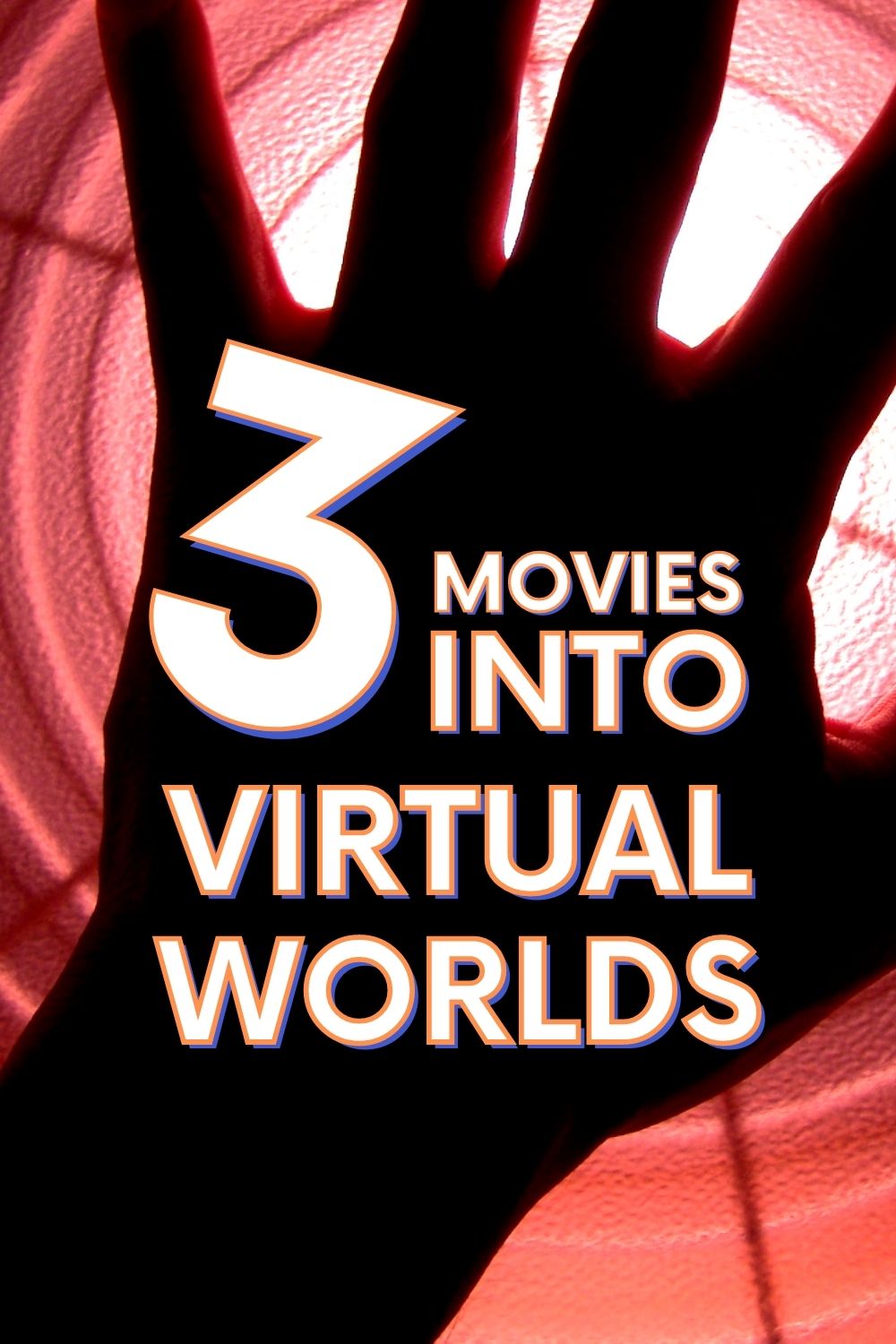 The real world can be disappointing and depressing at times, so why not try a movie’s virtual one?

We can say that we do every time we read a book, watch a movie or play a video game.

For a few hours, we lose consciousness of our being and become someone else.

We immerse ourselves in worlds that do not exist, or we would never have the opportunity to visit otherwise.

But the risk of exaggeration is always present and so you have to be careful, excess can be dangerous. Here for you here 3 Movies into Virtual Worlds selected for you that may have escaped you over the years.

In the near future, a group of inmates are volunteers to test a new virtual training program.

But the A.I. who runs it likes to play dirty and has a plan to escape in the real world.

Only an ex-cop will perceive the threat and try to warn the authorities.

But they ignore his warnings, and a mad scientist downloads the A.I. into an artificial body, fleeing the labs.

Next, he will discover they put together the various program’s aspects of by studying multiple serial killers.

Among the list of homicidal personalities moreover, there is also an old acquaintance of the cop.

A serial killer that blew himself up years before, ruining his career and life forever.

Considering it a personal matter, the A.I. inside an artificial body sows terror in the city.

It challenges the cop to a deadly game and can’t find peace until publicly killing and humiliated him.

Virtuosity is an exciting sci-fi action that combines serial killer movies with an intriguing cyberpunk atmosphere.

Exaggerated and spectacular, the rogue A.I. personality is like a naive and ferocious child armed with an indestructible body.

Of course, it is the perfect mechanism to have numerous action scenes, spectacular and fun pursuits, and fights.

The characters’ psychological side is not underestimated, but it is the real engine of the story.

Denzel Washington plays his usual great performance in the role of the hero.

The actor is always at his best in the numerous action parts, athletic and elegant with great class.

Besides, his tired and suffering face is perfect for playing a man who has lost everything and lives without a purpose.

As a great revelation for the villain, we have a young and still unknown Russell Crowe.

Indeed, he has an omnipotence attitude growing exponentially when it gets out into the outside world.

A world he sees as the immense level of a great video game, where everyone is watching him terrified.

Looking for an increasing audience, he wants to be admired and feared more than anything else.

Brett Leonard‘s direction is simple, direct, and effective in the choice of times and music for the rhythm of the story.

The storytelling speed probably comes from the great experience with music videos.

Quickly, but not neglecting small delicious details, each character has its own space in the story and comes out with an interesting personality.

The director repeating the good commercial success of a virtual world movie after The Lawnmower Man.

A brilliant programmer is working on a new virtual reality world to sell it on the entertainment market.

But suddenly, his boss is mysteriously killed and leaves him secret messages to investigate in their program.

He enters the simulation by playing his personal character, an anonymous employee of no importance.

Following the clues scattered among the noir world they have created, he will encounter his friends’ digital versions.

Meanwhile, in the real word, a mysterious woman comes out of nowhere.

She claims to be the boss’s daughter and the new owner of the company, with the intention of closing all their business.

In addition, he’s hunted by a policeman who investigates a series of murders.

He’s his main suspect because, strangely, all the clues seem to point to him.

All these stories, seemingly disconnected from each other, will join in an explosive ending where each of them will discover the terrible truth.

Once upon a time in a virtual world

The Thirteenth Floor is a great mix of genres, alternating between noir and sci-fi in a really successful way.

Constantly passing from the simulation to reality, the characters transform into something very different.

Besides, the story changes pace and style, continuing to maintain its strong and decisive narrative line.

The virtual world of this movie is a classic 1930s scenario that doesn’t need any special effects.

Craig Bierko is a charismatic and charming protagonist in all his roles. He’s initially an intelligent, quiet, and secretive programmer.

But as time passes in the simulation, his spirit becomes more adventurous until he is completely fearless in the dramatic final.

Vincent D’Onofrio, instead, is a nice and a little crazy assistant with a dark and evil side in the virtual world.

Finally, the young and beautiful Gretchen Mol is excellent in the role of Hitchcock’s like mysterious blonde.

Josef Rusnak directing a movie that over time has become a small cult.

Its only misfortune was to come out in conjunction with a blockbuster with a similar theme, such as The Matrix.

The Wachowski sisters’ masterpiece catalyzes all the attention on itself by obscuring the others, including the next movie we are going to talk about.

While previewing a new virtual reality video game, a programmer girl is attacked by a group of anti-tech terrorists.

Miraculously she manages to save herself and run away together with a young marketing guy.

On the run together, the revolutionaries hunt and want them dead at any cost.

In order to survive, she will have to enter her own game and try to solve the mystery behind the conspiracy.

But the game seems to have no rules other than to play the role that the program decided for them in a crazy no sense story.

Slowly the thin border between reality and fiction disappears.

The two protagonists fall into a vortex of madness without a way out and a civil war divided among people for and against technology.

eXistenZ is a great horror sci-fi on the human struggle for technological change and humanity’s loss.

A movie with suspense and mystery game perpetually suspended into an absurd virtual world full of mad and dangerous people.

The new and fascinating gaming technologies join the human nature of flesh, bone, and blood.

Indeed, the game console is a mutant animal bred specifically to interface with the human mind.

The same anti-tech terrorists claim to be the saviors of the new flesh and are armed with guns made of bones that shoot human teeth.

The two protagonists Jennifer Jason Leigh and Jude Law are young and charming in their interpretation.

Their relationship has immediately a strong sexual connotation, accentuated by the forced closeness during the escape.

The mutual attraction keeps them united during their dangerous journey between reality and video gaming fiction.

In addition, there is a small but disturbing initial role for an extraordinary Willem Dafoe.

The actor plays a video game fanatic who later proves to be extremely dangerous and unstable.

The great David Cronenberg directs with his usual style of passion and obsession with the human body.

He further develops the themes already seen in his masterpiece Videodrome regarding meat, blood, and new technologies.

As has been noted, eXistenZ was a commercial flop, making very little money worldwide.

An injustice to which I hope we will remedy all together giving another chance to this, as the previous two, fantastic sci-fi movies.

Movies that have only had a bad distribution or marketing misfortune and lack in anything as cinematic quality.

Let us, therefore, act as enlightened people with an open mind and try to bring light to these small pearls unjustly forgotten.

Rear Window – A Forgotten Masterpieces From A...