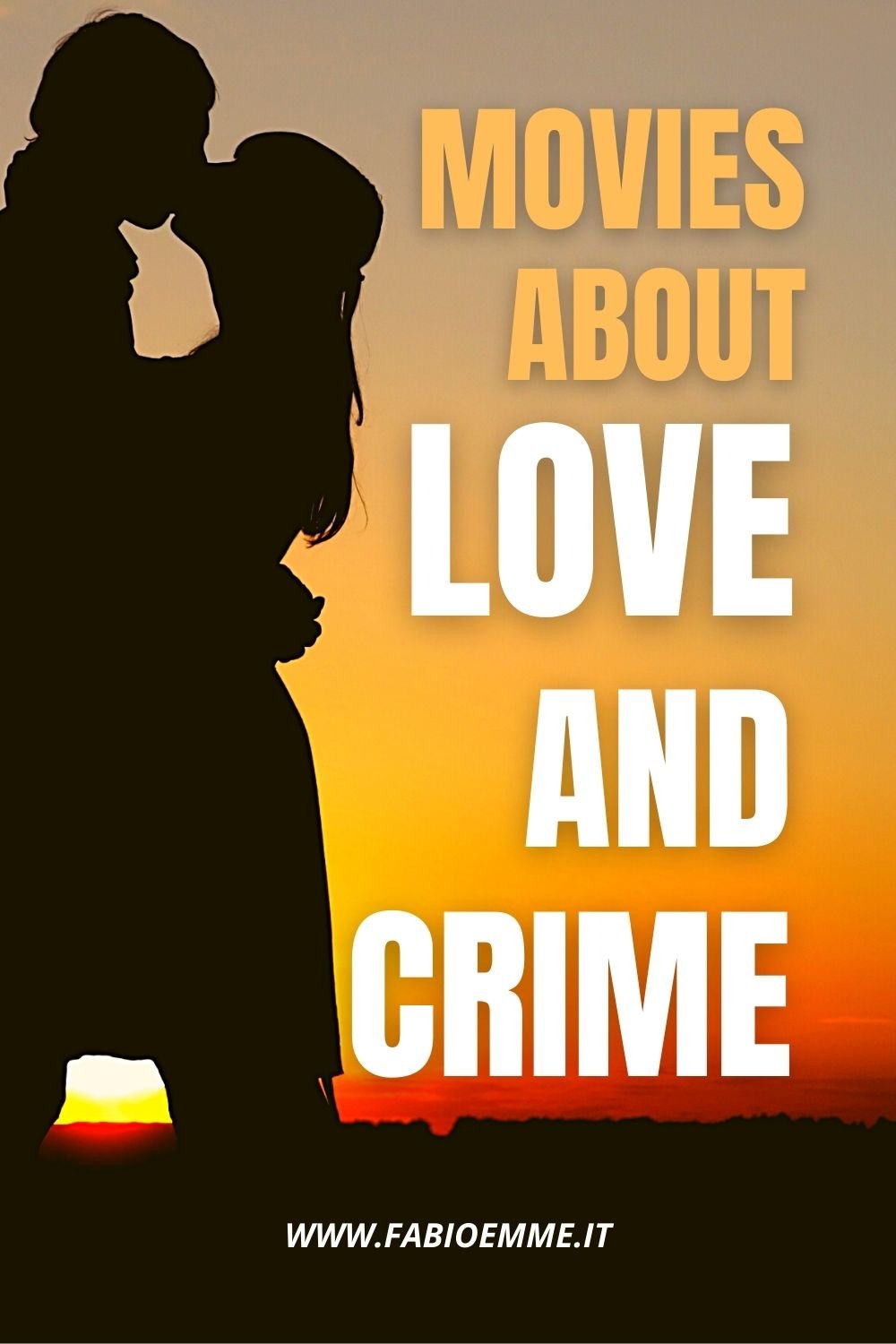 Sometimes love to live aside with crime into an uncertain destiny.

They have a short life but burn intensely even if condemned to end in blood.

Still, others live longer but in the doubt and uncertainty of criminals who do not trust anyone.

For example, let us look together at three of them.

A group of Siberian children grows up in Russia before and after the fall of the Berlin Wall.

Their leader is a mentor who breeds them to follow the code of their criminal legion.

Indeed, he leads a religion-like way of life that has theft and robbery as a legitimate means of survival.

The police and the armies are their enemies and anyone serving society and living for money.

Inevitably two of them end up passing by the harsh experience of prison.

One of them will find his way, then becoming a skilled and respected tattoo artist.

Otherwise, the other boy will become a vicious and ruthless criminal and abandon their community in search of wealth.

Once they become men, the two old childhood friends will find each other again.

One last mortal face-to-face were fighting in the name of love of a girl they grew up with.

An hard life for hard men

Deadly Code is a tough movie about crime, love, and death for two children who become men too soon.

Their environment does not give second chances and is not tender and understanding towards anyone.

On the one hand, the harsh and unyielding police hunt them down without hesitation.

And even in their homes, they live according to an inflexible moral code and love without hesitation their criminal tribe.

Their life does not offer many joy and peace or even honest life’s possibilities.

Indeed, from their childhood, they can only become victims or executioners without mercy.

But even in a place like this, love will find its way, paradoxically managing to bring more death and destruction.

Love, betrayal and blood in the relentless Siberian cold

John Malkovich reigns from above over the rest of the cast of younger, unknown actors.

He plays what everyone calls the grandfather, the undisputed leader of the small community.

The man teaches the respect and dignity of the weakest’s defense, despite training the boys to a criminal life.

Arnas Fedaravicius and Vilius Tumalavicius are two friends who grow up learning only to steal and fight.

When it is necessary, they will also have to kill to protect their family.

Until the prison’s terrible experience turns one of them into a traitor, taking him on the road without return.

Finally, the final point of rupture will be the beautiful and innocent Eleanor Tomlinson.

The good actress plays with naive simplicity, a complicated character, and mentally unstable.

The girl is a mirage of love and normal life for both but sadly ends up dividing them forever.

Gabriele Salvatores directs this small family and criminal epic with his usual and proven international style.

Deadly Code is an Italian American production that is unfortunately little known all over the world.

In conclusion, it is a small and peculiar crime movie, and I love to recommend you find out and hope you’ll give it a chance.

As a story about love for life, friends, and family, you sure will enjoy it too as I immediately loved it.

A gang of robbers attempts a robbery by breaking into a museum in broad daylight. But their plan fails, and they are all captured.

However, in another room, an inestimable Monet’s painting inexplicably disappears into thin air during the confusion.

The police also cannot find any evidence or witnesses at the crime scene to explain the theft.

A female insurance investigator who just arrived in the city realizes that the mind behind is a rich, unsuspecting businessman.

In search of adventure, he stole the painting to add it to his collection and test his wits and ability.

Then, constantly watched by the police, the thief and the woman begin a seduction and deception game without respite.

The woman, tireless, wants to receive her substantial percentage for finding the painting.

The man, instead, enjoys finally found a worthy opponent and, perhaps, a possible partner he has much in common.

Both are suspicious and are afraid of being defeated but inevitably come close until a strong feeling is born.

The Thomas Crown Affair is an elegant crime movie with two protagonists in love and constantly doubts each other.

Forthwith the challenge grows with their feelings and the desire to let go of a relationship they can not never fully trust.

But none of them want to give up, and the game must continue to the end.

Even their career could end forever, it is important to realize their will to win and fight continuously with their reciprocal feelings.

Finally, the police in history is almost a mere spectator of the story, unable to understand their motives.

The entire plot is a refined chess game played with patience and cunning between two skilled planners and psychological manipulators.

A remake of class and elegance

As a remake of the 1968 homonymous masterpiece, it is a good transposition to our modern days.

The Irish actor has enough charm, charisma, and sympathy to play the role convincingly.

His character is a man who already has money and power, but he’s looking for purpose and motivation.

Let’s see how he confesses to his analyst, joyfully living his successes and then slip back into boredom.

The beautiful and intriguing Rene Russo replaces her equally gracefully.

Despite the apparent calm and elegance, the beautiful actress and former model play a hard and uncompromising bounty hunter.

The woman initially uses seduction to force the thief to reveal himself, but she also ends seduced too.

It will soon become clear it is an impossible love unless they do a drastic non-return life’s change.

John McTiernan directs this crime love movie with his usual style devoted to the camera’s continuous and subtle motion.

His virtuosities are always pleasant and accompany the narrative cradling us spectators with a great cinematic craft.

Despite being poorly known today, The Thomas Crown Affair has grossed well in cinemas around the world.

Finally, I recommend you not miss and live an evening with an adventure full of action and romance.

Galveston is the story of a petty criminal who has a job to do for his local petty boss.

But the job is actually an ambush from which he saves himself by killing everyone.

The only survivor is a young girl whom the criminals held captive.

Without being able to go back, the couple will have to leave the city, leaving everything and everyone behind.

Along the way, however, the girl makes a stop snatching her baby from her awful stepfather’s.

Then they’ll be on the run, hunted from both sides, by criminals and the police.

So they decide to stay together, having no one else in the world to trust.

Then the strange new family will take home in Galveston city, waiting to decide what to do with their future.

A doomed love between two outsiders

Galveston is an intriguing crime romance built on the character’s background and the story’s evolution.

The love story between the two protagonists is very sweet, while remaining unfinished and unsatisfied.

The behavior of the criminal environment, moreover, is sadly believable and realistic.

It is a world where there are no winners and everyone tries only to survive until tomorrow.

Its beauty is just its dark pessimism that turns love into an even brighter ray of light.

No one is innocent in this world

Ben Foster excellent as a rude and tough criminal of few words and hasty methods.

He’s a man suffering from an incurable disease and who believes he has nothing more to ask from life.

Equally good is the beautiful Elle Fanning in a complicated character too.

In the first place, she looks like an innocent victim. But in reality, she has a criminal with dark sides that the man quickly getting to know.

A girl with a difficult childhood who, along with her baby, will give the dying hitman one last reason to live and fight.

Both are two people who cannot find a place in the world and initially distrust each other.

But as they spend time together, they will discover that a little feeling still exists at the bottom of their lost hearts.

Great work by director Mélanie Laurent, choosing the right rhythm and style for a story written with delicacy and unexpected twists.

Galveston is a small but adorable human-scale crime romance passed under the radar of large-scale distribution and little advertised.