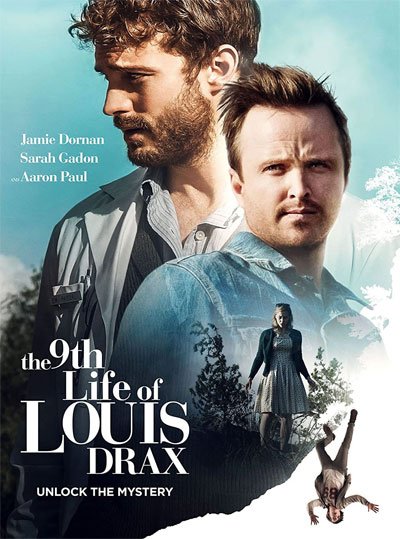 Louis Drax is a little boy who almost died 9 times on each birthday of his life.

Finally, when he turns nine, he has another accident and falls off a high cliff.

In the hospital, his mother and a caring doctor constantly watch over him.

Police, meanwhile, search for the missing father who appears to be responsible for the accident.

But the doctor begins to fall in love with the woman and experience strange phenomena in the presence of his son.

Between the two, in fact, there is a bond that almost allows them to communicate, even if the boy lies in a silent coma.

Slowly, he begins to suspect that his mother is hiding something about how the events unfolded.

In addition, grandma shows up in the hospital, accusing the mother of being a pathological liar.

To find out the truth about the 9 accidents of his life they will need Louis Drax’s former psychiatrist.

Through the doctor’s metaphysical connection and hypnosis, they likely enter his mind and reveal his secrets.

The 9th Life of Louis Drax is an intriguing mix of fantasy, thriller, romance, and easy horror tones.

The story is almost completely set inside the hospital, where the child lies in a coma.

Nevertheless, through some funny flashbacks and oniric dreams, we can see the long course of his incredible life.

9 years of a very unlucky boy, since the day he was born, where he almost died with his mother.

The director Alexandre Aja plays his cards slowly and cunningly, revealing the plot one piece at a time.

Indeed, by increasing the antipathy or sympathy towards certain characters, the story is never trivial or boring.

The whole story is immersed in a supernatural atmosphere, fascinating and sometimes even scary.

Colorful and funny fantasy scenes in the boy’s memories alternate with his worst nightmares and fears.

He’ll then share it with his doctor, who suddenly starts seeing the same beautiful and scary things.

A whole family between life and death

The young Aiden Longworth is a strange and interesting protagonist.

Without crying or complaining, he accepts his unfortunate fate and the tragic fatalities that seem to be repeated every year in his life.

Indeed, he always reacts to every tragedy with humor, telling his experience as a fantasy story.

Despite the constant disputes between his mother and father, he remains fond of both trying to bring peace between them.

The beautiful and intense Sarah Gadon plays her lovely and loving mother.

The woman decides to keep the child even if born from a horrible act of violence, which deeply marked their relationship.

Her husband is Aaron Paul, initially just a stranger accompanying her in the hospital on the baby’s birth.

The man falls in love at first sight and leaves his family to marry her.

The tension will continue to rise until the day of the last tragic incident.

Finally, Jamie Dornan is the doctor who tries to solve the tricky puzzle.

Emotionally similar to the boy, he immediately develops an understanding that goes beyond the coma.

When he begins a relationship with the mother, suddenly the situation worsens very quickly.

The human cruelty and the innocence of a child

Alexandre Aja returns with another great movie after High Tension in 2003.

This time his horror is much more at the service of the protagonist’s fantasy.

During his time in the hospital, the boy is continuously visited by a monster who seems to know him deeply.

Together with him, he tries to remember the short life experiences that brought him up to that moment.

The other characters all revolve around him, alternating the investigative thriller interestingly with romance.

Between the mother and the doctor, a strange and complicated relationship is born, where both do not have full confidence in the other.

In this story, love can easily become hate, and the truth is always hidden from our eyes.

As in a mirror, the reflection of a character is always different from how others see it.

Ultimately, The 9th Life of Louis Drax is one of the most interesting and least-known kid’s movies of recent years, which I highly recommend to all of you.

The Innocents – Terror Can Come From A...