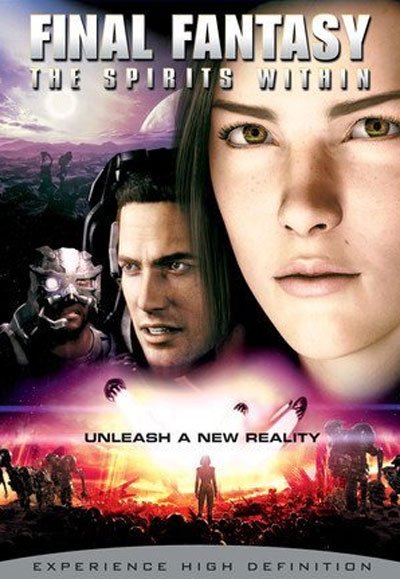 In early 2000, this animation movie based on the famous Final Fantasy video game saga finally goes in theaters.

The story begins with a meteor crashes on our planet, releasing an army of spirits that ravage the human race.

Years later, the survivors live in a few barricaded strongholds resisting the invaders.

A young scientist wanders through the old cities’ ruins, searching for specific living things that could provide a solution.

Escorted by a group of soldiers, among whom there is also an old love of hers, the woman will also have to argue with the military institutions’ leaders.

In fact, their leading exponent is a General who painfully lost his family in the war.

He absolutely wants to strike a devastating attack against the meteor with an orbital cannon never tried before, despite consequences.

The man will also be willing to betray to carry out his plans.

Unfortunately, this movie was a financial failure at the box office.

Indeed, it was one of the most expensive ever in animation history, it almost made his production company go bankrupt.

It was fiercely criticized by the homonym Final Fantasy game lovers for his poor connection to the original stories.

On the contrary, I think it has the merit of being fully enjoyed without playing even a title of the famous videogame saga.

It distinguishes from the usual alien war movie, perfectly mixing an intriguing sci-fi plot with spirituality and love for the earth and coexistence with nature.

Definitely, a movie to consider and worthy of attention.

Regardless of everyone’s preferences in terms of videogames, another media with other narrative and contextual needs.