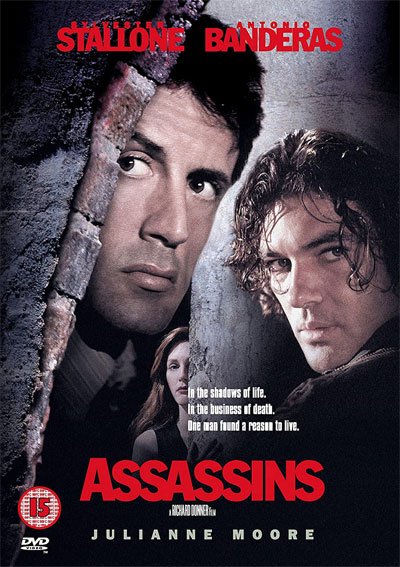 Assassins is the story of two deadly killers in a deadly duel against each other.

The oldest is the great hitman alive in the world, now at the end of his long career.

Taking one last job from his usual source, he hopes to earn a great deal of money before retiring.

But a young and already skilled killer wants to climb the summit by killing the master.

That’s how he’ll start hunting for the same target, a young hacker who has always succeed in working anonymously.

She possesses compromising information that will make rich any company that gets it first.

Almost without realizing it, the woman will be right in the middle of the two assassins’ killing drama.

Assassins is an old-school action movie of great style for the spectator’s enjoyment.

It is full of elaborate fights, chases, and shootings built to be fun and over-the-top.

The two main characters are very different, and their struggle is more for honor than for money.

Indeed, the youngest, tired of the usual easy jobs, wants to test himself with a really enduring challenge.

But the oldest and most experienced may have something to say against being the sacrificial victim.

They will leave behind them a trail of death and destruction, both tough and determined not to give up.

Even if the story has exaggerated tones, the various characters are well written and introduced.

In the first place, Sylvester Stallone plays the old hitman, a wise professional with a patient manner and joke always ready.

The man has a pang of guilt never expressed for killing his mentor, which made him the best.

A memory that will quickly re-emerge when he has to fight against the bloodthirsty Antonio Banderas.

He’s a completely kind of killer, more impulsive and less rational, following his instincts and improvising rather than planning.

His desire to be the best is strong enough to ignore his boss’s orders.

The only thing he really cares about is not money but the fun of a truly worthy challenge.

Between them, just in the line of fire, there is the beautiful and talented Julianne Moore.

Straightaway, she becomes attached to the old killer, trying to survive the youngest’s mad continuous assaults.

But in addition to the simple survival between the killer and the pretty hacker, two lonely people, a deeper mutual feeling will arise.

Excellent direction by Richard Donner, a guarantee for these genres of films and who does his honest and clean job.

Indeed, in his filmography, the great author has great classics like The Goonies, the first Christopher Reeve‘s Superman, and the Lethal Weapon saga.

Therefore, he is a true master in knowing how to direct fantastic action scenes and intelligently distribute the rhythm between comedy, drama, and adventure.

Then there is the talented Lana and Lilly Wachowski as writers, before their official debut as directors with the intriguing and sexy thriller Bound.

A good piece of work where they already show their talent before the legendary The Matrix‘s worldwide success.

Assassins were, unfortunately, a big commercial flop, probably because it was advertised as a more serious story than it really was.

On the contrary, his strength is to be playful and fun, exaggerating the show in favor of rhythm for a movie that can and should please everyone.

Ultimately, it is a harmless pastime with a great craft in its staging, perfect today as in the 90s without losing an ounce of its strength.