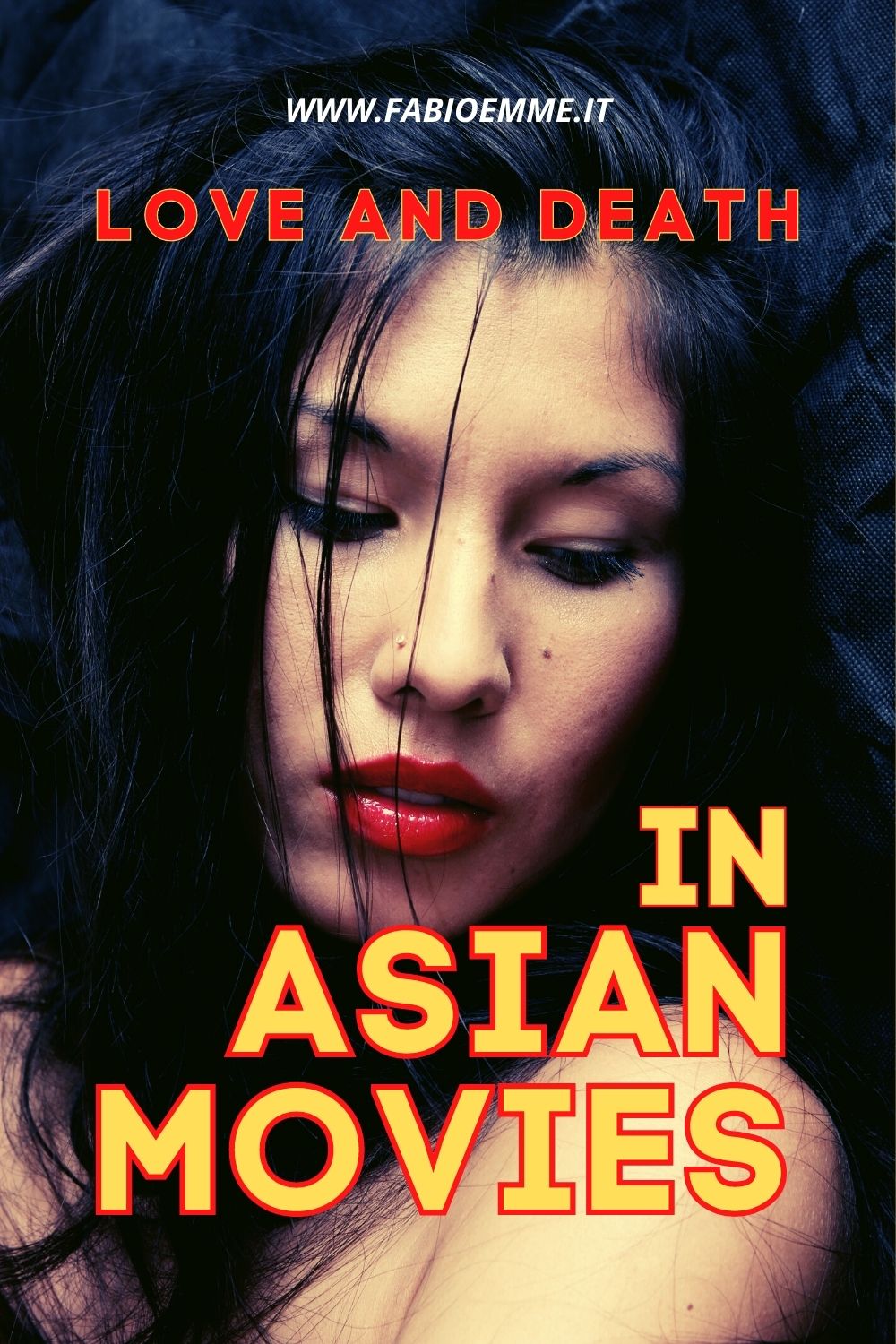 How many of us really know oriental cinema? It is a world that offers thousands of films every year that are not considered, undervalued or never released.

Three Love and Death in Asian Movies that you may have missed over the years.

Shinobi: Heart Under Blade is a fantasy set at the dawn of the Japanese shoguns of the 1600s.

Although peace reign over his empire, the Shogun still fears the strength of the old ninja clans Koga and Iga.

So decides to get them out of the way, forcing them to a deathly fight.

Trained since childhood to conflict with the hated rival clan, many can’t wait to start the battle.

But the two clan leaders don’t share the same desire, secretly in love with each other.

Especially the man, full of doubts about this war, make a journey to ask for explanations directly from the Shogun.

When the rival clan discovers, they plan to trap him and his soldiers into an epic last battle.

Shinobi: Heart Under Blade is a spectacular action-romance set in a fantasy and history-based world.

The two protagonists are hopeless in love like they were the newest Romeo and Juliet, followed by a host of warriors with super-powers.

The beautiful Yukie Nakama is Koga‘s leader and the young but skilled warrior Joe Odagiri leads the Iga.

Their warriors are each with their well-defined personalities and with specific motivations. Motivations that are more or less noble, like the historical period in which they live.

Indeed, it is a time where the empire obtains peace and prosperity with blood and ​​violence against the weakest.

According to the law, the most impoverished villages’ outcasts live only to serve the empire’s central shogunate.

Without any right or hope for a better future, many of them will rise against the Shogun.

This movie has excellent direction by Ten Shimoyama and beautiful music by Taro Iwashiro and Ayumi Hamasaki.

Shinobi: Heart Under Blade succeeds very well in Japanese cinemas. Unfortunately, however, it has remained almost unknown internationally, remaining a rare pearl in the ocean of foreign movies.

It was a sad waste of talent for one of the best fantasies of recent years, full of spectacular fights and intense moments of love and drama between the two protagonists.

With no doubt, it worth to be the first of these 3 Love and Death in Asian Movies.

A Bittersweet Life is the story of a criminal who is the most trusted man of a powerful boss.

As elegant as he is ruthless, the man carries out any order without hesitation. He’s a soldier, protecting his gang’s affairs against the constant attacks of their many rivals.

One day the boss entrusts him with his mistress’s surveillance, a young musician unaware of his true criminal nature.

But later, he finds that his lover is cheating on him with another man. He should immediately tell his boss, knowing he is likely to kill her.

So he decides to keep quiet, but the relationship comes out anyway. The boss then decides to take revenge on him, ordering the gang to beat him violently.

Disappointed by the man he has served all his life, he has nothing more to live. Finally, he decides to take merciless revenge against the boss and all his former’s gang brothers.

A Bittersweet Life is an incredible mix of different sensations; all blended perfectly in a little piece of art.

It is a little noir and a little action, alternating cold moments of violence with the human warmth of passion. All the story heart pulse towards the two men into a war that will decide the woman’s destiny.

Lee Byung-Hun is an outstanding protagonist, with almost a single face’s expression for half of the film. He was becoming animated only by the passion and then really starting to live once he meets the woman.

Once he has suffered the boss’s vengeance, he returns glacial and merciless. Alone and rejected, he pushes to the end by fighting one by one the cruel destroyers of his life.

Yeong-cheol Kim is equally remarkable at the role of the gang boss. The man believes in reaching for love, but he will let out all his jealousy and arrogance in the desire to possess the woman at any cost.

Jee-woon Kim continues to prove that he is a superb director after he made two transcendent horrors like I Saw the Devil and Two Sisters.

More known, he also directed Arnold Schwarzenegger‘s return after his political career with the hilarious and entertaining The Last Stand.

With A Bittersweet Life, he reaches the summit of his career so far. A balanced and aesthetically flawless film, full of action and personal introspection of the various characters.

The movie had success in South Korea, but, unfortunately almost entirely ignored by the rest of world distribution, despite it is one of the best Love and Death in Asian Movies.

Personally, I think it is one of the best noir films I’ve seen in the last 20 years, knowing full well that I’m making a powerful statement.

I recommend it to anyone looking for style, elegance and pathos, even in the most treacherous, violent and evil stories set in a world of unscrupulous criminals.

The Chaser is the story of a pimp who loses sight of one of the many prostitutes working for him.

He hasn’t heard her anymore for hours. Since sending her to a client, even she was ill at home with her son, she mysteriously disappears.

Being a former policeman, he decides to use his knowledge to look for her among the city. Initially, he fears his various competitors, convinced that she has agreed to work for someone else.

In reality, the woman is the last prey of a dangerous serial killer who held her captive in his house.

The pimp manages to get to the dangerous psychopath but fails to make him confess where to find the prostitute.

Together with the police, he begins a race against time in the hope of finding her still alive.

The Chaser is a one-night thriller with dark and pessimistic tones. Despite the enjoyment and delight of certain situations and characters, it is cruel and sadistically real.

Too many corrupt men populate the city, dedicated to exploiting without peace the weakest and most defenseless, women or children.

He was a policeman who later, abandoned for his professional scandals and disappointed by law and order, crossed the border and became a criminal.

Initially, the man is greedy and cruel with his prostitutes, threatening them with blackmail and strength to send them to his clients.

But in the course of the night, being then close to the woman’s child, his conscience begins to haunt him again and saving her becomes his inalienable mission.

Ha Jung-woo is exceptional in his portrayal of the serial killer.

The actor creates a funny character in his naive stupidity and then terrifying and ruthless in carrying out his murders.

His interrogation into the police station is a cinematic work of art, disturbing and hilarious at the same time.

Indeed, this killer is basically a child-man, amazed by the ease with which he traps his victims and the naturalness with he then brutally kills them.

Hong-jin Na is perfect for directing along Seoul’s night streets. The city seems to sleep peacefully and indifferent to the terrible brutalities that take place in its bowels.

The cops and criminals are almost indistinguishable, bending morality to their interests while the killer acts undisturbed in the shadows behind them.

The Chaser was a very successful movie, finally distributed, even if only partially, also in Europe, being the most well know among these Love and Death in Asian Movies.

The thriller makes its simplicity the best strong point, without looking for too complicated plots or impossible narrative solutions.

Ultimately, it is a gloomy reflection on the darkness and the light of the modern world, where helpless victims sometimes fail to scream their need for help.

Batman Begins but not only –...