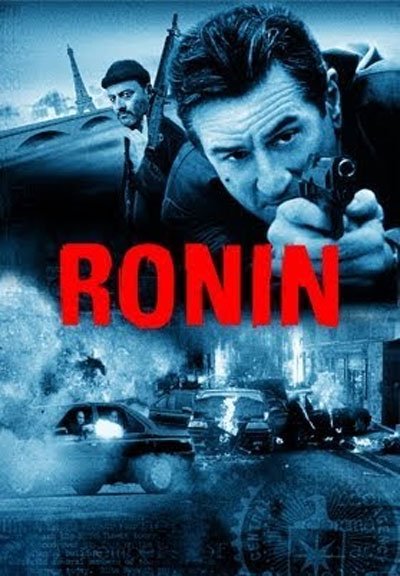 A mysterious woman reunited a mercenary group to steal a vital briefcase.

The men are all former special agents of different nations, each with their dark past before their underground work. Indeed, they’re like the so-called Ronin, old masterless Samurai who become wandering warriors.

They don’t know the exact nature of what they will have to steal. So, they organize a generic plan and begin to divide the tasks according to their specific abilities.

After a violent confrontation with some local traffickers to obtain weapons and equipment for the mission, the group focus on the objective.

It would be a difficult task since numerous heavily armed mercenaries supervise the briefcase 24 hours.

Their only chance is to strike while they are in transit on the street, trying to minimize the potential casualties among innocent civilians.

Finally, among their group, someone will ruin everything, forcing them to flee without the precious booty. Henceforth, their only mission will be to take revenge on the dirty traitor.

The story takes place in a credible and intriguing context with a remarkable international cast plays the various characters.

Robert De Niro performs a distinguished interpretation as the group leader and the main protagonist of the story.

He’s a seemingly ordinary man, mild-mannered and with the reserved attitude of those who think about their business.

But in reality, he is an expert fighter and a great strategist in organizing the plan and choosing the right people, quickly chasing away those who are useless and dangerous.

Jean Reno immediately becomes his trusted ally. He’s another wise old soldier, practical with weapons and with whom the protagonist finds immediate empathy.

Finally, Stellan Skarsgård is the smart and ambiguous computer technician and the wonderful Natascha McElhone is their mysterious employer.

All of them are former officers who have betrayed or abandoned their ideals, willing to eliminate anyone who hinders them without any moral qualms.

Ronin is a small cult of the late 90s and one of the veteran John Frankenheimer‘s latest works.

The director builds an admirable adventure and mystery atmosphere. The characters are all moral unraveling, now disappointed in life after their military experiences.

The result is a one-of-a-kind spy story, alternating tension and narration flowing calmly to its sudden and explosive action scenes.

This movie was highly appreciated upon its theatrical release. Even more, it quickly becoming famous for its endless and entertaining car chases along the French Riviera coast.

Personally, I remember having pulverized the VHS in my times, watching it again and again, becoming a cult for which I feel absolute exaltation.

To summarize, I recommend it without hesitation to the new generations and to those of the old who, perhaps by chance, have never had the opportunity to see it.