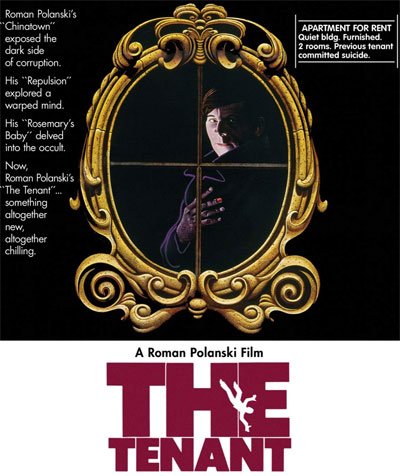 The Tenant is the story of a modest man of limited financial means seeks a place to live in Paris within his reach.

Fortunately, he found an excellent apartment at an economical price. He visits it and gets to know the neighborhood full of elderly gentlemen.

However, he soon discovers that the advantageous cost is due to the suicide attempt of the previous tenant, a young girl who threw herself out of the window.

Going to visit her in the hospital, he finds her dying and unable to speak, but he meets a beautiful friend who begins a passionate love story.

But in his apartment, he notices strange details, becoming obsessed with the feeling of being observed continuously.

Finally, he becomes convinced to be trapped and his neighbors push him to suicide, just like the hospital’s poor girl.

The Tenant is a priceless urban thriller. One man against all must fight against something he can’t understand and what could even come from his madness.

In his way is also almost a fantasy. Indeed, the protagonist struggles to distinguish reality in this story with strong supernatural connotations.

Immersed in a horror atmosphere, he feel from the beginning predestination to disgrace with no way out.

Roman Polański directs and interprets one of the most original films of his extensive filmography. A role that he defines as almost autobiographical from his life experiences in Paris.

The character evolution blends perfectly with the previous tenant’s catharsis. The identification grows together with the protagonist’s madness and paranoia, abandoning reality stoked by fear.

Isabelle Adjani plays the young and beautiful lover. An uninhibited character is also fun in a sexy flirt into a cinema while watching a famous Bruce Lee movie.

In addition, I post here an interesting analysis of the Film Formula channel that I really enjoyed:

In the final analysis, it is a story about fear directed by Polański on the eve of his return to Europe.

He realizes The Tenant after his period in the USA, from which he had to leave next after the great success of Chinatown and Rosemary’s Baby.

This is a movie where the director confirms his extraordinary talent, creativity, and imagination. Polański builds a twisted and evil story based on a simple directing style.

The internal and external environments are simple and natural, together with the extremely humble and easily recognizable protagonists in their daily reality.

Despite its commercial flop and the low international consideration, it remains an absolute cult of the time and one of the director’s filmography’s most important works.

I am personally considering it one of the best movies in cinema’s entire history and not only this director.