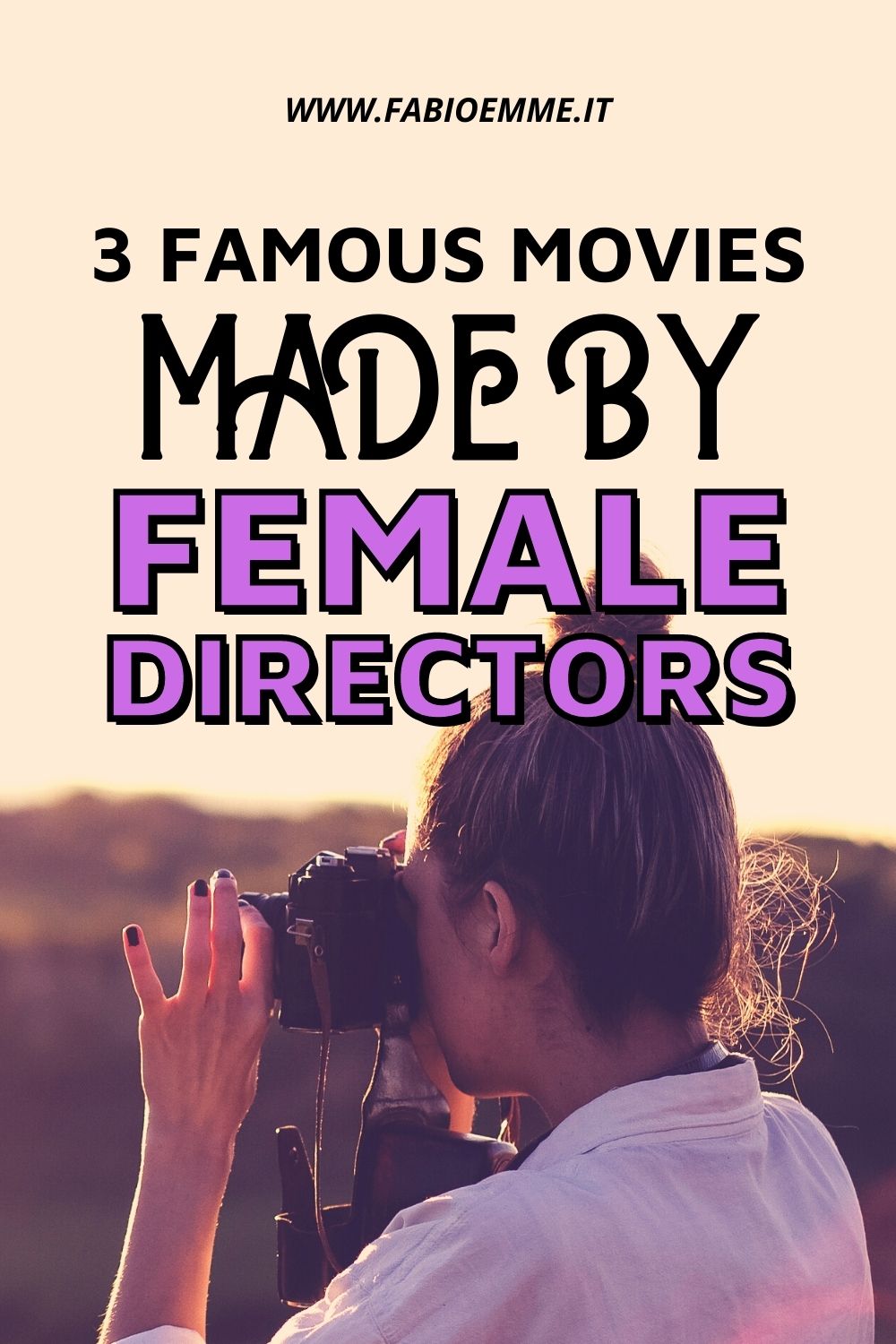 Today we talk about 3 Famous Movies made by Female Directors that you may have missed over the years.

Historically an art reserved for men, in recent decades changing its way.

These women have proven capable of creating all genres of stories, from horror to comedy and drama to action.

The result was a finally different perspective, capable of being as bad and realistic as the male ones, for those skeptics who perhaps expected a more romantic naivety from the fairer sex.

In addition, these are very successful entertainment movies, praised by worldwide audiences and critics.

Let’s find out together what we are talking about.

A young FBI special agent who has just arrived in Los Angeles must capture a group of masked robbers.

After countless heists and a rich loot stolen from the banks, the investigations have still come to nothing.

Together with an older agent, then investigates the theory that the robbers may be regular surfers in the area.

Helped by a young girl passionate about surfing, introducing to a community of outsiders who live for this sport.

Falling in love with her and the surfers’ life, conflicts when called to choose between his duty and life.

Iconic action crime of the 90s, a hymn to surfing culture and a free life in friendship and love.

This movie launched Keanu Reeves’s career, forthwith sculpting his youthful beauty as a leading actor in the imagination of all the world’s women.

At his side, Gary Busey returns in the world of surfing formerly in the magnificent Big Wednesday directed by John Milius.

Point Break was her first true international success, followed by other great movies until the 2010’s Oscar for The Hurt Locker.

Raised and pampered since childhood by a stripper mother and men addicted to easy money, as an adult, he became a profiteer and womanizer advertiser.

His wife and a daughter treat him like a child, and the man absolutely doesn’t want to change.

Until one day, after being electrocuted in a domestic accident, he wakes up mysteriously hearing women’s thoughts.

Initially confused and frightened, he quickly realizes that this gift can be handy.

So quickly begins to deceive all his life’s women, including a new colleague with which he struggles for a promotion.

But from trick to loving is a short way. So he will try to do better, helping others rather than using them.

A brilliant comedy about the eternal struggle between sexes, with the man in an advantage, thanks to mind reading.

Mel Gibson is a funny and boastful protagonist, ironically about his sex symbol status, approaching it in a comedy perspective.

Helen Hunt celestial in the career woman role, helpless in the face of a man she cannot lie.

In addition, Marisa Tomei as a waitress and occasional flirt, in a hilarious sex scene with the protagonist.

Directed by Nancy Meyers, a veteran of romantic comedies giving the right pathos and rhythm to a great entertainment movie.

A mostly female family lives in a house in the village. In fact, except for the father, the mother and 5 sisters live together under the same roof.

When one of the sisters attempts suicide, it becomes clear that the girls are profoundly unhappy.

A group of local boys begins to frequent them, attracted by their beauty and free and independent spirit.

Led by their elder sister, they begin to detach from the reality surrounding them, living in their own world.

A problem stubbornly ignored by parents, in front of the helpless kids who see them every day becomes worst.

A youth drama/romance movie, full of delicacy and femininity, innocence and sexuality, hypocrisy and misunderstandings.

Kirsten Dunst is the undisputed sister’s leader, beautiful and determined, and vulnerable and confused in her decisions and behavior.

Among the boys’ group, intimidated and irresistibly attracted to girls, there was also the young Josh Hartnett and Michael Paré.

First movie by family talent Sofia Coppola, who reached Oscar with the wonderful Lost in Translation in a few years.

A unique piece of art that is the best possible conclusion for these 3 Famous Movies made by Female Directors.