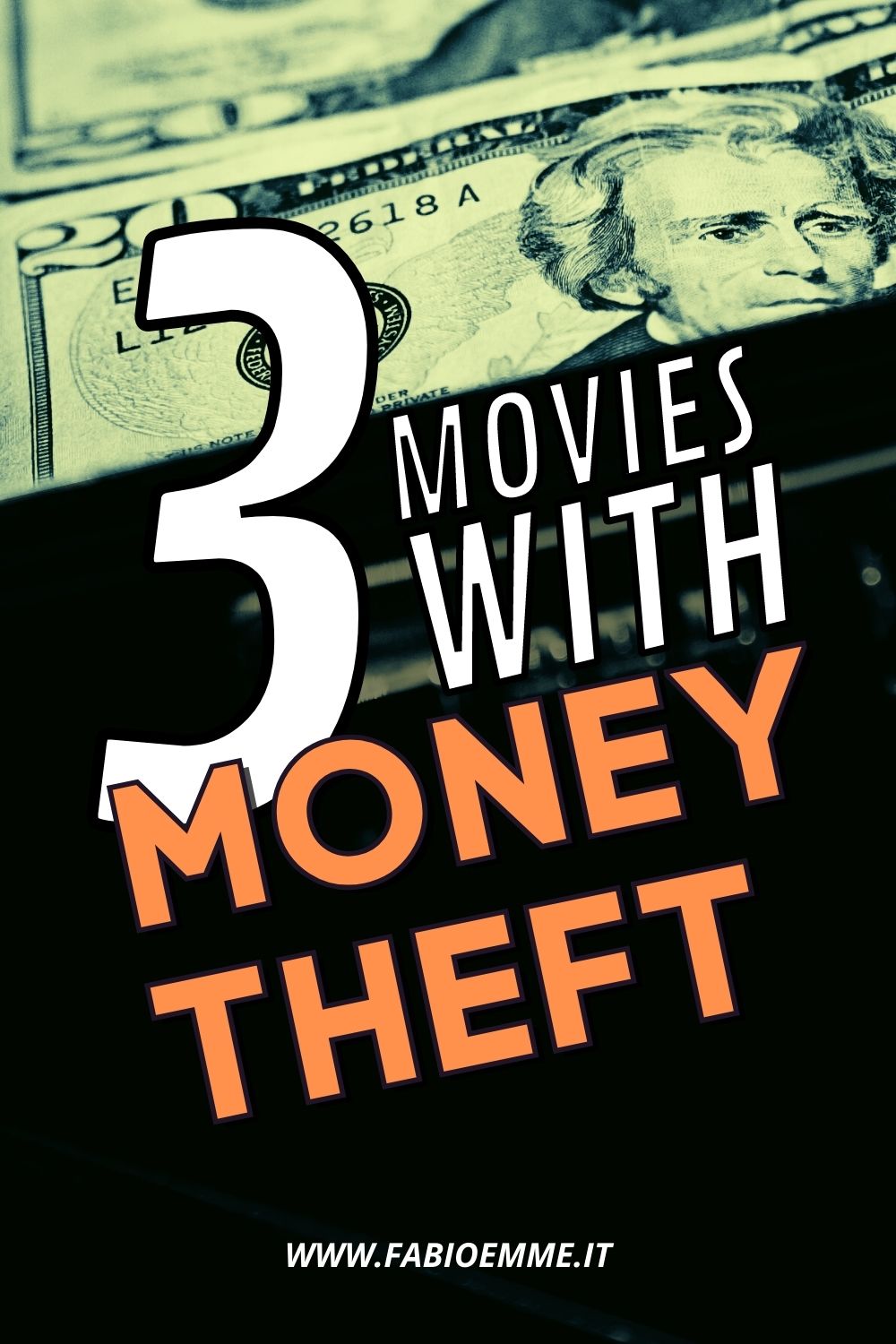 Easy money attracts anyone. But they are never easy. In the end, they always cost everything.

3 Movies with Money Theft that you may have missed over the years and absolutely have to watch.

A simple plan begins with a small family who manages to live together and happy, despite their financial woes. And when another baby is on the way, they don’t know how they’re going to make ends meet.

Until one day, they find a bag full of money in the woods and everything changes.

The two brothers and their best friend complicit in hiding their discovery from the police. Until kill an unfortunate man to keep the money theft secret.

From that moment, a massacre begins between them where greed and the desire for wealth win over friendship and family.

In addition, the police and a criminal threat are determined not to give up looking for that money that was supposed to be the rich ransom for a kidnapping.

The frantic search will end in tragedy for everyone, in one way or another.

A Simple Plan is a cruel and realistic crime-noir, coming out, with the minutes’ passing, the protagonists’ worst side.

Indeed, faced with the possibility of changing their miserable life, the three friends do not hesitate even for a moment to become murderers.

The first is more intelligent and capable, forced all his life to take care of his most naive and clumsy brother.

The man is then incited by his wife, an extraordinary Bridget Fonda, to behave worse and worse in front of the unacceptable possibility of losing so much money.

Finally, Brent Briscoe is their closest friend in what was supposed to be an extraordinary stroke of luck.

He goes far away from over the top irony and the cascading blood of his horrors to this dark and pessimistic crime noir, undoubtedly the cruelest movie of his entire career.

An evil that is even more effective as perfectly credible and inserted in an extremely realistic context and characters.

A too radical change that the public did not forgive the director, making it flop at the box office.

A simple plan earned less than half of its production budget, albeit relatively modest. This failure killing Raimi’s intention to make other noirs and then returning to comics like Spider Man.

Still, this experiment works perfectly from a cinematic perspective with an intriguing story wonderfully interpreted by a group of successful actors.

I consider a failure unfair for a director trying to innovate by making a different kind of movie, and I am proud to include it as the first of these 3 Movies with Money Theft.

A policeman is hunting down a criminal danger, escaped with the help of an old accomplice.

The man has already killed several people, including a colleague and friend, and has stolen his gun, with which he continues to run around the city committing crimes.

With no clue how to find him, the cop gets a 48-hour permit for another old gang member, a black boy in prison who knew the fugitive very well.

The boy informs him that the criminal is not in town by accident but is looking for the money from an old robbery that they had hidden many years ago.

Then, the unusual couple must team up to get to the loot before the dangerous killer catches it and runs away forever.

48 Hrs is one of the most famous buddy movies in the history of cinema. This action-comedy is full of hilarious jokes and dialogues between two absolutely different protagonists.

It is also a high-class crime filled with masterfully executed shootings and chases. An exceptional piece of work implanted in an elegant frame with great style and aesthetic sense.

Eddie Murphy is outstanding in the vulgar convict’s role, on the loose under surveillance for a couple of days.

This film then launched his career alongside the famous Trading Places, where he joined with the equally funny Dan Aykroyd.

In this case, however, his buddy is the great Nick Nolte. The actor plays with fun a tough and irascible police officer, always fighting against everyone, girlfriend included.

Walter Hill directs one of the major commercial successes of his enviable career.

Starting from a plot already seen, the director makes the difference with his great style and aesthetic wisdom.

Thanks to his talent, he models with classic and refined technique along the streets and locations of San Francisco.

48 Hrs immediately becomes a cult adored by crowds in all cinemas worldwide, setting an example for buddy movies for years to come.

I have seen this movie thousands of times, and I recommend it without hesitation for any occasion. On this occasion, it is certainly the one I most loved among these 3 Movies with Money Theft.

A group of friends work together as security guards for an armored transport company.

They are disheartened to lead a miserable life while continually carrying others’ people millions dollars.

So they all decide together to carry out a robbery. The target is the same company they work for, hiding the theft money and recovering it later.

The action succeeds perfectly, and the group takes possession of an armored vehicle with 40 million dollars aboard.

But just when they reach the chosen refuge, they are forced to carry out a murder.

The youngest among them, feeling guilty, decides to surrender and locks himself in the bulletproof vehicle, refusing to cooperate.

From then, the others will band together against to force him out in any way.

Armored is a great, albeit small budget, entertaining crime heist movie. It found its best qualities in the tragic disruption of a group of friends because of money.

The story initially seems a choral union of the poor until it becomes a ruthless bloody all against one.

Columbus Short plays the good guy of the group. Horrified by his colleagues’ brutality, who believed fair and honest people, he will fight them to the end.

Indeed, he innocently thought of committing a victimless crime, except when sees blood flow for the first time, he adamantly decides to get out of it.

Simply phenomenal, all the rest of the cast. A gang of fellas with Matt Dillon, Jean Reno, and Laurence Fishburne fiercely teamed up against the rookie to recover the long-dreamed millions of dollars.

Nimród Antal directs this thrilling heist movie with resource pools but lots of little ideas that make it work great.

The simple every day with which he describes the characters, in the beginning, is influential in exalting the monstrous darkness they will all fall into later on.

A story in which some friends have a psychological breakdown and only one remains healthy and for his misfortune locked up with no way out.

Armored is another movie that didn’t have any luck at the box office and very little advertised and distributed in cinemas.

If any of you give it a chance and watch it, you will hardly be disappointed. Having already seen it several times, I do not doubt to recommend it and insert as a culmination of these 3 Movies with Money Theft.

Coraline – The Magic Door To...