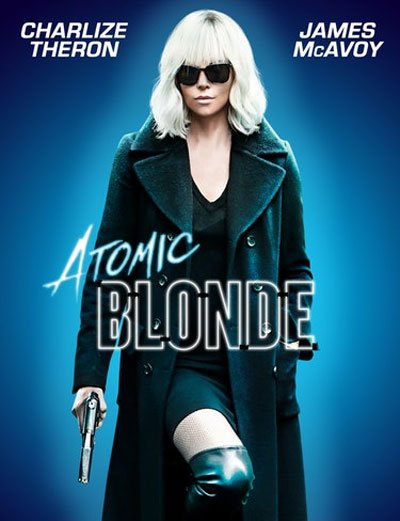 Atomic Blonde is a spy story set during the last days before the Berlin Wall Fall. In the worst Cold War warzone on the planet, a woman will have to fight everyone to get out alive.

After the murder of a British agent, MI6 immediately begins to investigate. The man, secretly, had an affair with the protagonist, sent to Berlin from her superiors.

But the city is a hell populated by spies, criminals, and soldiers everywhere.

Everyone is trying desperately to control the ever more rampant chaos of rioting crowds. So, she has to find his previous contacts and find out what happened.

In a game of deception and betrayal between the British, American, and Russian governments, the woman will have to retrieve a list of agents who, in the wrong hands, could even trigger a war.

In addition, French espionage also has a young girl in her first job, stalking the woman wherever she goes.

Finally, it becomes clear that the key to the precious list is a Russian agent who wants to defect. The various spies will then split between those who want to protect and kill him at any cost.

Atomic Blonde is a wonderful action show and a style guide to fashions, music, and politics at the end of the 80s.

An era culminated with the Berlin Wall Fall, the quintessential symbol of the Cold War between the United States and Russia after World War II.

Charlize Theron is a beautiful and charismatic protagonist, gifted with great style and athletically skilled in numerous fight scenes.

Thanks to experience in movies like Mad Max: Fury Road, she plays scenes worthy of John Wick’s best.

James McAvoy is hilarious and means in the role of a clean-shaven hysterical agent charged to support her mission. A job that man will do in his own way.

Indeed, the man will be much more inclined to hide the plot from his superiors. To look after his prosperous business, he won’t hesitate to kill and rob anyone in his way.

Finally, the splendid Sofia Boutella instead wears the French flag. The naive girl spies and falling in love with the beautiful English blonde. To the men’s eyes’ delight, their passion will explode too in an exciting sapphic relationship.

The movie lives thanks, besides the actors’ skill and appeal, also to the director David Leitch‘s knowledge.

Coming from the first John Wick, co-directed with Chad Stahelski, with which share outstanding talent in handling thrilling shootings and fights scenes.

In addition, David Leitch creates his own captivating aesthetic, drawing inspiration from those years’ trends in a detailed style guide of the 80s.

Fortunately, Atomic Blonde had a sizeable commercial revenue, grossing over $ 100 million worldwide. A success that projected the director into the world of blockbusters.

Then, entrusting him with the direction of Deadpool 2 and the movie inspired by the famous video game The Division, coming soon and produced in collaboration with Netflix.