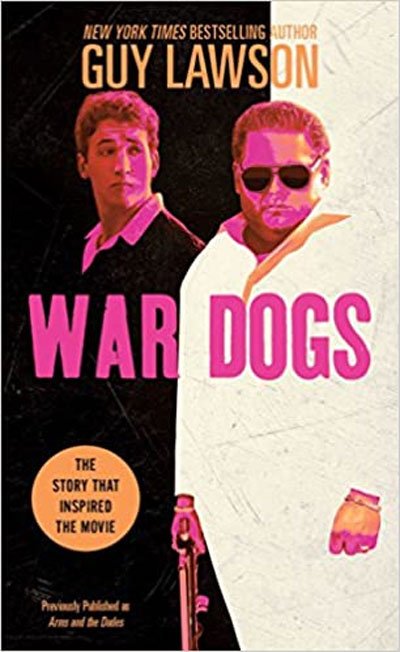 One is married with a daughter on the way, but his masseur job only paying the bare minimum to survive. So, he lets an old friend he hadn’t seen for years persuade him to enter the easy money weapon’s market world.

Initially, they only take minor orders constantly monitoring a government site and choosing the orders rejected by others. But the market is too full of lucrable possibilities.

Especially for unscrupulous people trafficking, legally or not, anytime and anywhere, in the worst warzone of the planet.

Initially, business is mediocre, but their turning point is a dangerous Iraq’s gun sale in which the two almost die.

Then their company spreads up to success fast and large. Until they know about a massive order to traffick millions of bullets to the US military.

To accomplish it, they associate with a ruthless war criminal, blacklisted as a terrorist. So the two flew towards Albania, in what could be their lifetime deal or their ultimate downfall.

War Dogs is an intelligent crime comedy, joking with fun and nastiness on the great subject of weapons control.

The movie doesn’t exaggerate with violent scenes, but it is still useful in framing the various international traffickers’ unconscious psychology.

With his notable comic/dramatic performance, Jonah Hill offers a superb example of this way of thinking. His character is cynical and ambiguous, lying to everyone and quickly adapting to any situation.

He is a tough friend who never accepts rip-offs by anyone, ever, under any circumstances. But also a traitor trafficker who does not hesitate to cheat unwitting unfortunates to carry out his shady business.

On the other hand, Miles Teller plays the serious boy, with family and the clean and apparently innocent face between the two buddies.

However, when he quickly realizes how much easy money he can earn, he is happy to support his ruthless friend in his adventures with relatively little effort.

Todd Phillips as director leaves aside the uncontrolled humor of his famous The Hangover. In this movie, he prefers a more controlled kind of humor, with a narrative voice to guide us in the story’s evolution.

The result is an enjoyable black comedy that makes you smile rather than laugh outright, sadly thinking that there is a lot of real-world traffick in the various scenes’ absurdity.

A deserved international success, lately leading the director to the award-winning Joker with Joaquin Phoenix.

I recommend it as a genuine example of good entertainment cinema, not stupid and not trivial, with the addition of an unstoppable Jonah Hill in one of his best performances.