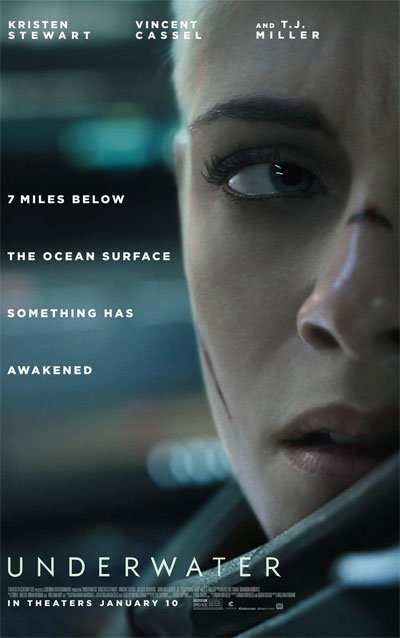 In the Marianas Trench, an underwater excavation and research base is hit by a violent earthquake.

Then, with critical damages on most of the structures and most workers dead, the few survivors manage to unite and make their way out.

Among the base’s flooded ruins, they run to the central control station in search of the few functioning pods to return to the surface.

Along the way, they face remaining in the dark and with no air and energy for their survival suits.

But these won’t be their worst problems.

Indeed, a terrible threat has emerged from the depths of the earth, awakened by their facility’s extensive industrial excavations.

The creatures slept for thousands of years and woke up in a horrible mood.

So they start hunting and mercilessly slaughtering the few survivors of the earthquake.

In the darkness of those remote depths, a war without rules will begin between humans and the ancient nameless monsters.

It is an unequal fight where the protagonists resist with tenacity and intelligence despite adversity far beyond human capacity.

It is a perfect mix of Sci-Fi and Horror with a tumultuous rhythm and wonderful imagination in its aesthetics.

The monsters in the dark have a spectral and supernatural aspect with, especially in the ending, an almost Lovecraftian horror appeal.

Kristen Stewart is the main protagonist of the story.

She’s a biologist joyful to work on the project, fascinated by the possibility of studying new and mysterious forms of life.

Having found much more than what she was looking for, she will understand that perhaps certain powers of nature should not be teased so lightly.

Vincent Cassel plays the Captain of the base, leading the girl and the small group of survivors searching for salvation.

The man immediately realizes that probably many of them will not make it because the situation is practically irreparable.

But, managing to gather them behind the mirage of salvation, he equally convinces them to embark on a hopeless journey.

As his last filmography piece, low in quantity but of excellent quality, William Eubank is the movie director.

Indeed, he also directed The Signal from 2014, another intriguing sci-fi with aliens and the almost metaphysical Love of 2011.

I strongly advise to mark Eubank in your favorites.

He’s very skilled in directing stories of great fantasy with an exceptional technical ability to staging his projects.

Underwater had a reasonable audience in theaters worldwide, sadly, not enough to cover its production costs.

A real shame for an author who, in the last ten years, has created his personal and efficient style and whose every movie I recommend without hesitation.