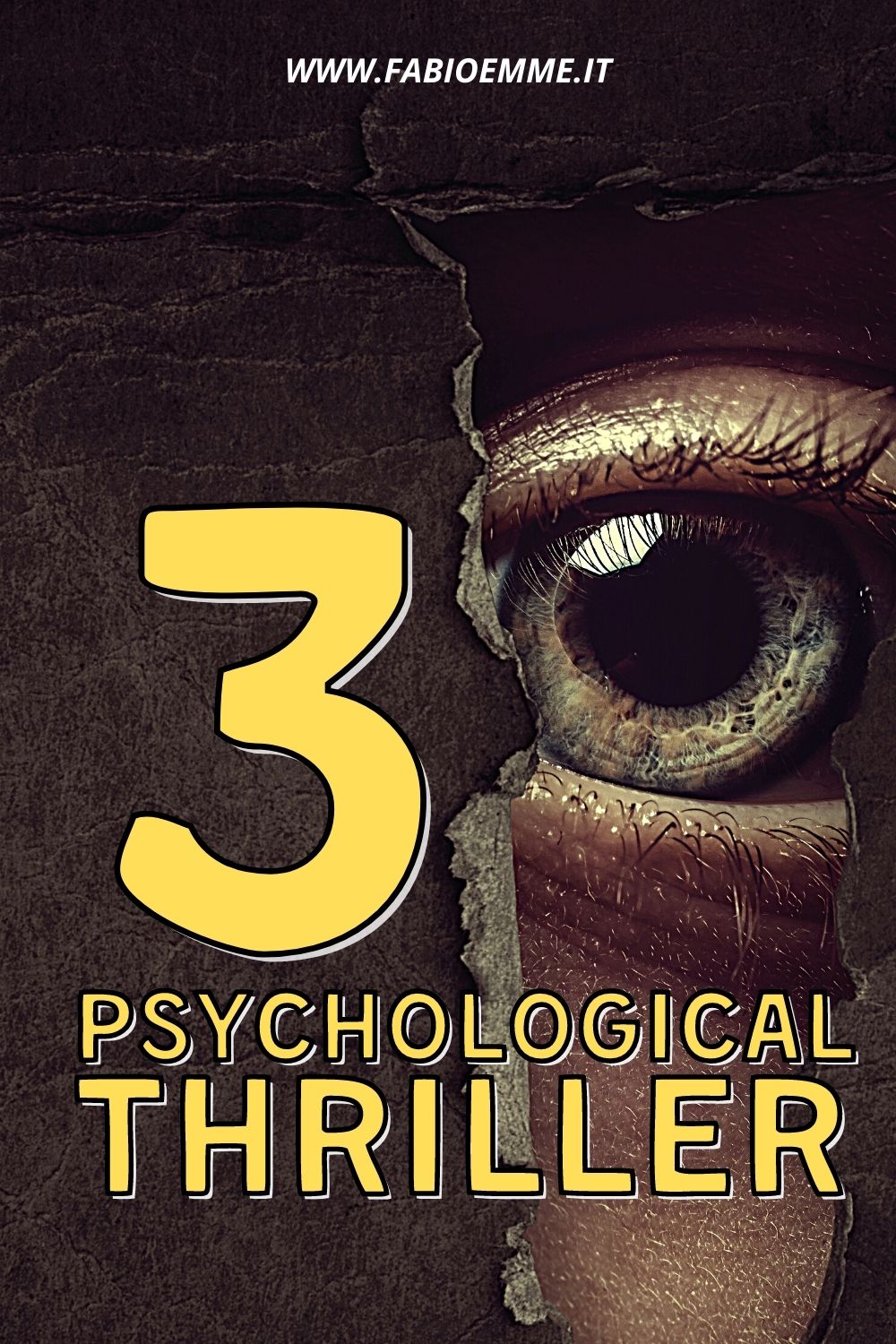 The human mind is a mysterious place full of closed doors behind which unspeakable secrets are hidden.

3 Psychological Thriller to open these doors with three movies you may have missed over the years.

The Silencing is the story of a man who lives alone working as a guard for a nature reserve, separated from his wife after the sudden disappearance of his daughter.

After many years he still believes that it was the work of a serial killer. When another young girl’s dead body appears in the area, the man believes the killer is back in action.

Thus, he patrols the forest and monitors it through the numerous cameras in the park. Usually used to track down the poachers, he spots a girl chased by a mysterious masked hunter one day.

Trying to save her, the hunter killer wounds him too, and the forest turns into a hunting ground where the former father can finally avenge his daughter.

The Silencing is a well-made thriller with continuous tension and twist. The characters’ psychology is transformed into the impulsive drive that will pit them against each other until the end.

Each of them is fighting for their motivations, which are not necessarily right in the service of justice. A hunt that is not for collecting trophies but to appease their personal demons.

Nikolaj Coster-Waldau is the main protagonist of the story, an alcoholic father abandoned by his family and society.

He struggles with the psychological breakdown of having his daughter disappear under his responsibility. As a former hunter, then he became a forest ranger and is upset with everyone in town.

His ex-wife and her new partner, and the police try without succeeding to stop his obsession with the investigation. But found the killer’s hunt become, indeed, his final chance for redemption.

Of all the cops, the beautiful and determined Annabelle Wallis is the one who will be most interested in his case.

Convinced that girls’ disappearances hide malicious purposes, she suspects a community of criminals among which her brother also lives.

Robin Pront makes a compelling low-cost movie. Set in natural locations, whose indifferent beauty provides an excellent context for the story, and some scenes in poor interiors.

With few but capable actors, the director succeeds in carrying on a simple but intriguing plot about an obscure hunter killer.

The Silencing has made little money in theaters, like all movies this year due to COVID, but it’s my first tip for these 3 Psychological Thriller. Indeed, it is a well-written thriller that doesn’t divide its characters into good and evil, leaving them in that gray zone where each of them is guilty of something.

Kristy is a thriller/horror set on a single long night on a university campus. A young girl stays alone on her campus for Thanksgiving, becoming the target of a group of hooded killers.

They start to threaten her in a nearby local store and later chase into the huge campus’s dormitories.

Assassins use to hunt and kill their victims and then post videos on the internet. Their goal is the hunt for God’s followers, naming victims as Kristy and marking them with a K.

The macabre international game has numerous sick followers, as we see in the opening of the story. But they underestimate her tenacious desire to survive the night. Indeed, the girl will be a much more difficult prey than they think, even starting to fight back.

The movie successfully builds a primal struggle for survival where characters regress to their most primal instincts.

The whole story takes place in an everyone familiar environment as the school, creating an excellent contrast of fear and ordinary everyday life that fascinates and shocks at the same time.

The pretty and skilled Haley Bennett is a worthy protagonist. Even if scared, quickly beginning fight tenaciously once understands it is useless to wait for help from the outside.

The girl stays alone for financial problems, without a wealthy family that can pay for the trip, and proudly does not confess anything to her friends and boyfriend.

As her nemesis, there is a hallucinated dark girl played by Ashley Greene. Simple but effective in her religious/viral obsession, she leads the killers, initially stalking their victims to win the twisted internet game.

Oliver Blackburn cleverly directs this thriller, using the spacious school environment to create a claustrophobic trap with no way out for the terrified protagonist.

Despite low box office earning, Kristy is another valuable thriller exploiting the psychological obsession to be famous on the web.

A simply endless hunt, succeeding in sustain tension in a perverted Schoology social network’s version worthing to be among these 3 Psychological Thriller.

Midsommar begins with a young girl loses her entire family to her sister’s act of madness. Clinging desperately to her boyfriend’s love to move on, she agrees to accompany him on a trip to Sweden.

The trip is a vacation and an opportunity. Indeed, it is the first chance to see his family after many years for a common, dear friend.

Until they arrive, they found a completely closed and self-sufficient community. They are Pure naturalists dedicate to hallucinogenic drugs and performing strange rituals of pagan origin.

Initially, they’re intrigued and amused about their community definition obsession. But the group soon begins to have trouble and then terror by the atmosphere of insane madness that permeates their way of life.

But by then, it will be too late for them to turn back, as the sacred divination ritual of spring approaches claiming its human sacrifices.

Midsommar is a horror thriller with a disturbing atmosphere and a slow, sinuous pace like a snake. Every shot of it is a magnificent picture with attention to every detail.

Evocative and deeply disturbing, the story may be absorbed through many small details. Little details on the main scene’s edge, almost told almost off-screen, hiding the true plot behind the scene.

Florence Pugh is perfect in the role of the main protagonist. Weak and insecure, always plagued by psychological disturbances and visions, continually reliving her parents’ horrible death.

After losing everything and everyone, the girl holds on to the only certainty in her life, which is her boyfriend.

The boyfriend, played by Jack Reynor, is unable to console and understand her truly. However, he’s still faithful in staying close to her, despite his friends continuing to advise him to dump her.

Ari Aster writes and directs this magnificent thriller giving it an otherworldly photographic look. This work confirms his talent after the equally great Hereditary of 2018 and therefore I am very proud to add one of his works to these 3 Psychological Thriller.

In a few years, this director has consolidated his style, continuing to grow and improve, engaging in movies that are difficult to make yet easy and extremely enjoyable for the public to follow.

Indeed, his talent was rewarded by making Midsommar collect almost 50 million dollars worldwide, against the less than 10 million spent to produce it.

A great commercial success that bodes well for his next movie is that he can continue on the same path and amaze us again with his style and inventive narrative.