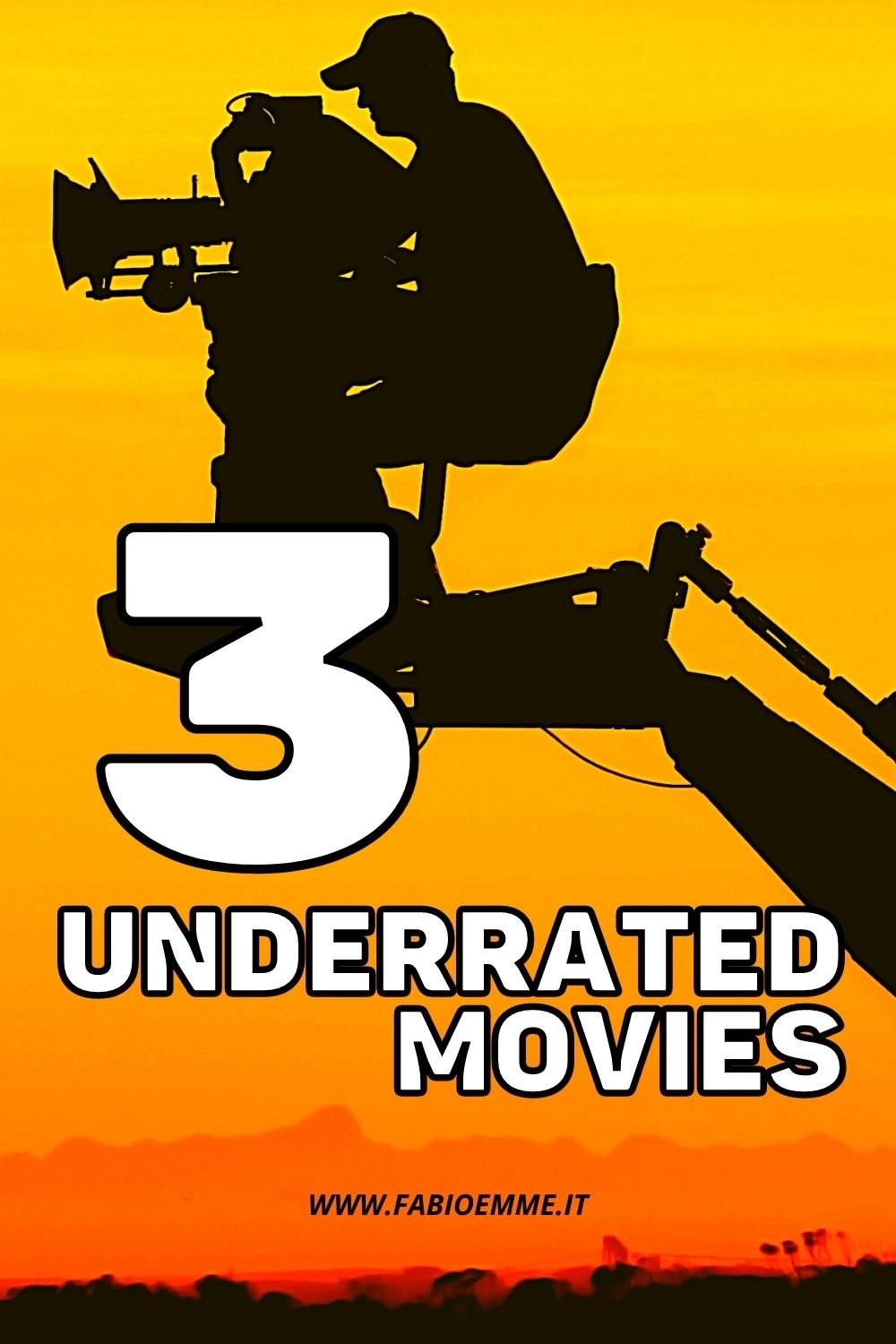 Some movies get lost along the way, forgotten over the years, even when they don’t deserve it, ending up inundated with criticism and failing at the box office.

3 Underrated Movies that, in my modest opinion, deserve a second chance.

The Lovely Bones is the story of a young girl killed by a ferocious predatory serial killer.

Once dead, the girl remains suspended in a limbo of fantasy together with the other victims.

Simultaneously, it is a wonderful and scary world, made of their dreams and the tragic moments of their lives.

Time continues to flow, and she watches her family try to resist and recover.

The father and mother separate, while the sister tries to discover the killer’s identity, eventually attracting his attention.

When the killer’s predatory instincts come back to haunt him, he begins to study a new plan to kill her.

Even she’s stuck between two worlds, the ghost girl tries to warn and help her family in every way.

The Lovely Bones is a splendid visual poem about the afterlife.

A graceful jewel combining children’s unique fantasy with their terror of the unknown and to be alone.

The story is full of passion, blending fantasy, horror, and romance.

Also, as a movie, it is a tense thriller and a touching family drama in an amazingly unique way.

Saoirse Ronan is a beautiful young actress who plays the lead role.

She is a ghost who cannot go further. Blocked by her remorse and her fears and anxiety about the sad state in which her family is.

Opposite, Stanley Tucci is a fantastic antagonist in one of his best roles ever. With no emotions for others, a cold and organized killer guided by his perverse instincts into cyclically indulges over the years.

The murderer lives alongside his grief-stricken family.

Played by an excellent couple of actors Rachel Weisz and Mark Wahlberg, later joined by the grandmother played by a great Susan Sarandon.

Finally, young Rose McIver is perfect as a little sister who does not give up.

She investigates the neighbor, suspicious of some details that she has noticed but cannot explain to her parents.

By perfectly alternating drama, fantasy, and thriller, the director creates something unique that has never been seen in theaters before.

However, the movie collected quite well at the box office but not for its costs, considering the high budget production.

Released immediately after The Lord of the Rings trilogy’s international success, a world in which the director returned later with The Hobbit saga’s movies.

I personally loved The Lovely Bones madly when it comes out, and today I still recommend it without hesitation as the first of these 3 Underrated Movies.

Last Man Standing is set in a desolate border town between Mexico and the United States during the Prohibition time.

The few decent people have fled by this place, leaving complete control to two criminal gangs who hate and fear each other.

Amid this war, a stranger arrives with his car, battling hard against the local citizens’ hostility.

Getting noticed after a quick duel for his great skill with guns, he begins to be courted by both sides.

But the man has a plan of his own to make the most of the situation, making sure to heighten the tension between the gangs and let them kill each other.

A movie having shooting scenes being the state of the art of directing and editing.

Furious in their kinetic dance, with the unstoppable two-gun hero as a tribute to John Woo‘s marvelous works.

Bruce Willis is the tough stranger who swoops into town to break the rules. An unbeatable warrior gun in hand, but also weak and useless once disarmed.

A wise, cynical, and funny character believe himself to be smarter than all. Unfortunately for him, making a mistake in a big way.

David Patrick Kelly and Ned Eisenberg are the two bosses in eternal battle without peace.

The two involve all their men in their madness, chasing a sick need for power and money.

The character played by Christopher Walken is merely excellent. In short, he’s the hero’s nemesis.

Appearing only a few minutes at all, still capable of leaving his mark thanks to the incredible actor’s skill.

Walter Hill directs, sadly, his latest western. At least in theaters, since he will then return to television with the acclaimed series Deadwood.

The director’s technical skill is not in question, as well as the dramatic commercial failure of this movie.

Never forgiven by many criticizers, is being the remake of A Fistful of Dollars by Sergio Leone.

Indeed an incomparable movie, which in turn was the remake of the magnificent Yojimbo by Akira Kurosawa.

But leaving aside its origin, Last Man Standing remains an action western of great entertainment.

An unquestionable aesthetic movie and the most sensational flop of these 3 Underrated Movies.

Chappie is a ‘story set in a modern-day South African city, where androids have almost completely replaced the police to quell the ferocious and dangerous local crime.

One of these robots is badly damaged in a raid and requisitioned by a scientist for his experiments.

The man wants to try a revolutionary type of sentient AI, opposed by his superiors who do not see it as profitable for their war products to have feelings and emotions.

However, while working secretly outside the factory, some local thugs stoles the android, trying to exploit it for their robberies.

Thanks to its AI, the machine becomes more human, curious, and alive like a child, becoming as attached to these petty criminals as his family.

When a rival colleague of the scientist discovers the scam, he sees an opportunity to make his assault mechs prevail between the company products.

Between the young robot and the deadly tech’s weapons begins a war without quarter for survival and the city’s total control.

Chappie is one of the best recent sci-fi action, with an engaging and credible social and technological context.

The emotions that the protagonist arouses, despite being a machine, worth the best real actors of other most famous films. In addition, the action scenes are spectacular and the story has an incredible thrilling pace.

Sharlto Copley is very good at giving life and his voice to the artificial being. The child in a metal body discovers too quickly human beings’ cruelty and intolerance towards what is different.

Dev Patel is his first father, the enlightened scientist trying to do good in the world, unlike his company.

Then kidnapped by the criminals, ending up falling in love with the robot too.

The band, in this case, is a truly dysfunctional family.

The father is the funny and bad Watkin Tudor Jones and the mother is the sweet and protective Yolandi Visser.

Finally, two stars like Hugh Jackman as the mad scientist searching for war and the cynical businesswoman Sigourney Weaver.

Both of them are too selfish and arrogant to understand the tragedy they are unleashing on the city.

It contains all the themes dear to him and already presented in the beautiful District 9 and Elysium.

Indeed, they are all stories about injustice and social inequality, class struggle, racism, and how easily a too-powerful police force can turn into a military dictatorship.

Unfortunately, Chappie remains his latest movie to date, and it was another box office failure. The director should have returned with a reboot of the Aliens saga, which was sadly canceled by the production.

As the last of these 3 Underrated Movies, wishing to see Mr. Blomkamp at work again very soon, not only in some sporadic and self-produced videos on Youtube.