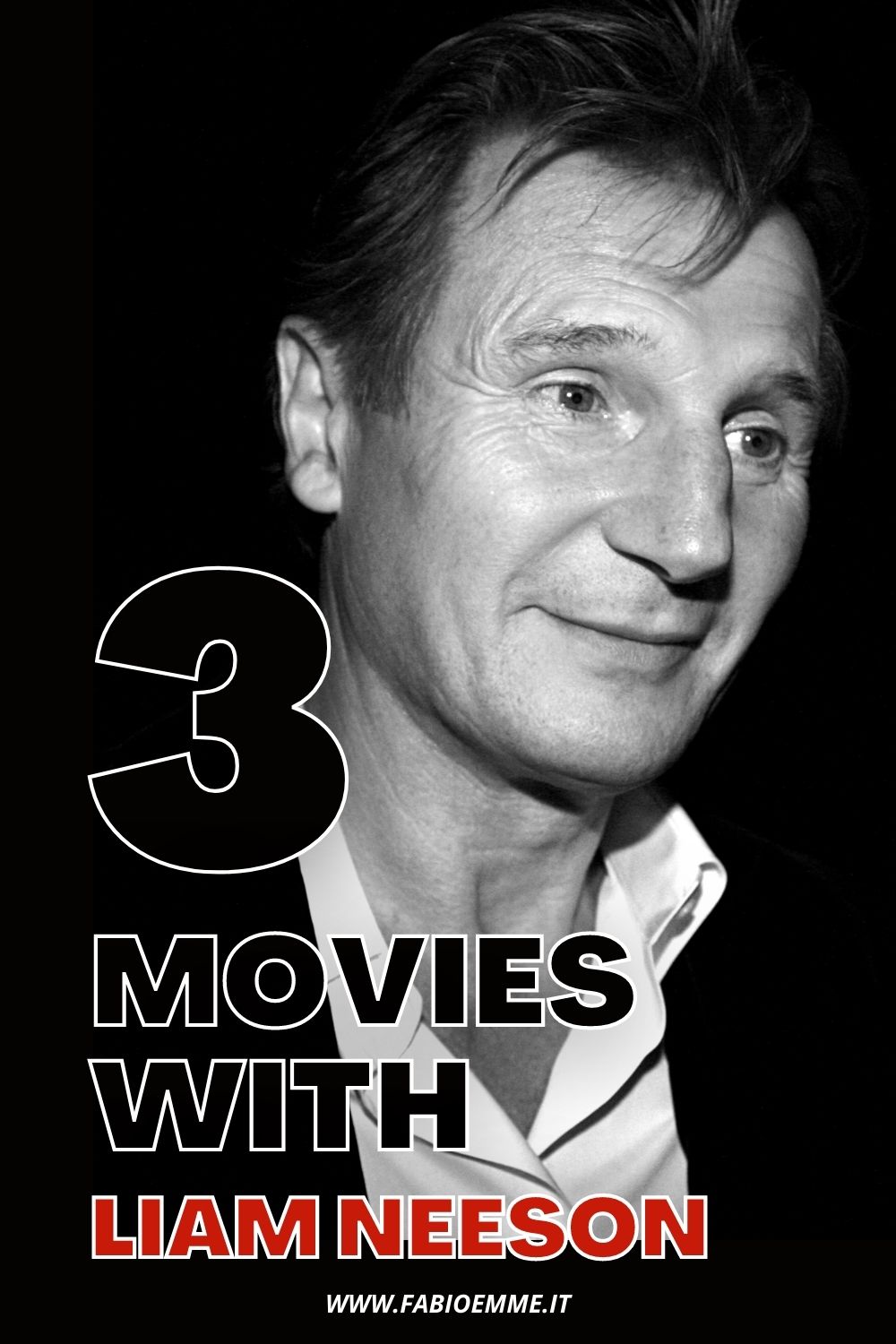 An actor that all cinema lovers have come to know, protagonist of complex movies like Excalibur and Mission and films for the general public such as The Phantom Menace and Batman Begins.

3 Movies with Liam Neeson for you that you may have missed over the years and should definitely watch.

The Dead Pool begins with the death of a famous young singer and actor while filming a movie. Initially seems like an overdose. It turns out to be poisoning with someone forced the victim a spoiled drug.

Inspector Harry Callahan has to investigate the murder along with a new young colleague, already struggling with his problems.

Indeed, he has continuously defends by a group of gang henchmen as revenge for their boss arrest.

The Inspector will then discover that the movie director had as a joke created a death list, which the killer took as an example to choose his victims.

Since Callahan‘s name also appears on the list, the policeman will soon go from hunter to an unstoppable psychopath.

The Dead Pool is a crime thriller intertwining fake horror violence with that the real world mentally ill.

In alternating the murders with the police investigation, the story always maintains good suspense until the inevitable final duel.

Clint Eastwood is comfortable as usual in the role of the rude Inspector. An iconic crime movie character here in his last dignified appearance.

As the suspected director, the young and unknown Liam Neeson gives a good interpretation. A man obsessive and rude to his crew, organizing a list and betting on which one will die first.

Equally, at the beginning of his career, Jim Carrey in a small cameo as the first victim of the story. A funny little horror musical scene on the famous Welcome to the Jungle by Guns n ‘Roses.

Finally, Patricia Clarkson as a vexing journalist, helping and constantly annoying the Inspector, therefore attracting the attention of the murderer.

The Dead Pool is directed by Buddy Van Horn, most famous for his stunt coordinator career, again with Clint Eastwood on Pink Cadillac the following year.

As the latest movie in the Dirty Harry series, this is an entertaining movie of great success in the cinemas. Released in the later 80s, it ended with excellent revenues the rude Inspector saga, started in the early 70s.

It certainly deserves to be the first of these 3 Movies with Liam Neeson, one of the first commercial successes for a young actor beginning his cinematic life.

At the end of his criminal life, a man is remaining around only thanks to an old friend who is a powerful local boss.

The boss helps him with little money for some stupid and insignificant job. Trying to keep him away from the bottle and his chronic self-destructive alcoholism.

However, all changes when the son of one witnesses a murder committed by the other. Then the friendship between the two immediately ends, becoming a relentless war to save their family.

The drifter will try to put the pieces back together in a desperate attempt to make his son escape from the boss’s assassins, also helped by corrupt cops to capture him.

Even not talking for years, father and son have to stay together, running the city all night to stay alive.

Run All Night is an excellent old-fashioned action movie, where ample space to introduce the various characters before starting the real night adventure.

A noir/crime story in a city dominated by corruption and cynical killers, where being innocent and naive is lethal.

Therefore, no one stays clean for a long time, sooner or later becoming dirtied by the moral filth surrounding everyone.

Liam Neeson demonstrates all his talent as acting an old loser and in an excellent and always credible fight and shooting scenes.

The lost drunkard can finally redeem himself by saving his son, always ignored and mistreated, in the last act of love and sacrifice.

The boss played by Ed Harris is very similar, after all, in his wanting to protect his son while knowing he is guilty. He will not hesitate to unleash all the armed men at his disposal, believing was already a defeated man.

Finally, Joel Kinnaman plays the son in need of help in one of his career’s best roles. A character who is a calm and calm driver, living quietly with his family away from the world of criminals.

Hunted by a tragic coincidence, initially, he doesn’t want help from his father. As the hour pass and the enemies approaches, he will gives his dad the last chance to be forgiven.

Jaume Collet-Serra directs this great metropolitan action at the right pace, alternating the action with the psychological introspection. Indeed, each character has something to say and his reason for being in the story.

As the most recent of these 3 Movies with Liam Neeson, it is undoubtedly one of the high points of the actor’s career and also a very successful box office entertainment movie.

A group of workers is returning home after a long shift in an Alaska refinery. Suddenly their plane crashes, and they remain isolated and surrounded by a pack of wolves that starts to hunt them.

Initially attracted by the fire they have lit to warm themselves, wolves become more ferocious after tasting human blood.

Later, when a wolf is brutally killed and humans exhibit trophy, the animals search for revenge exterminating the survivors.

Their hope to get out will be an old hunter, responsible for their safety. He is the only one among them to have experience in a hostile environment where they must fight.

Excellent movie of men against nature where men regress to animals, ready for anything to survive.

Set in magnificent natural locations, the story has a breath and a light totally immersed in the seemingly infinite forest where the protagonists are lost.

In addition, animals also behave in a very human way. Indeed, they being carried away by deplorable feelings of revenge against the men who attack and humiliate their herd.

A hunter without a past, except sporadic flashbacks of his wife and father, creating the character without narrating the background.

Equally good is Frank Grillo, modern action star and man of experience in movies such as the saga of The Purge, Warriors, and Beyond Skyline.

Initially cynical, he becomes desperate until he comes to peace with nature, in the last scene among the most touching and delicate of all history.

Here, Joe Carnahan‘s direction is perfect. More posed and skilled than in his other more amusing and smashing movies like the A-Team or Smokin’ Aces.

Despite the violence and blood, The Grey is an act of love towards nature untouched by human beings’ presence and oppression.

A cruel poem where the magical sounds of a river or the wind are the best part of the soundtrack, indifferent to the miserable suffering of the survivors of the accident.

The movie earned good box office worldwide, signing another hit for the director, despite being forgotten and little mentioned today.

Surely one of the most peculiar works to recommend for these 3 Movies with Liam Neeson, strongly evocative and inspired.

Cover image is taken from Commons.wikimedia.org

Paterson – The Ordinary Life Of...