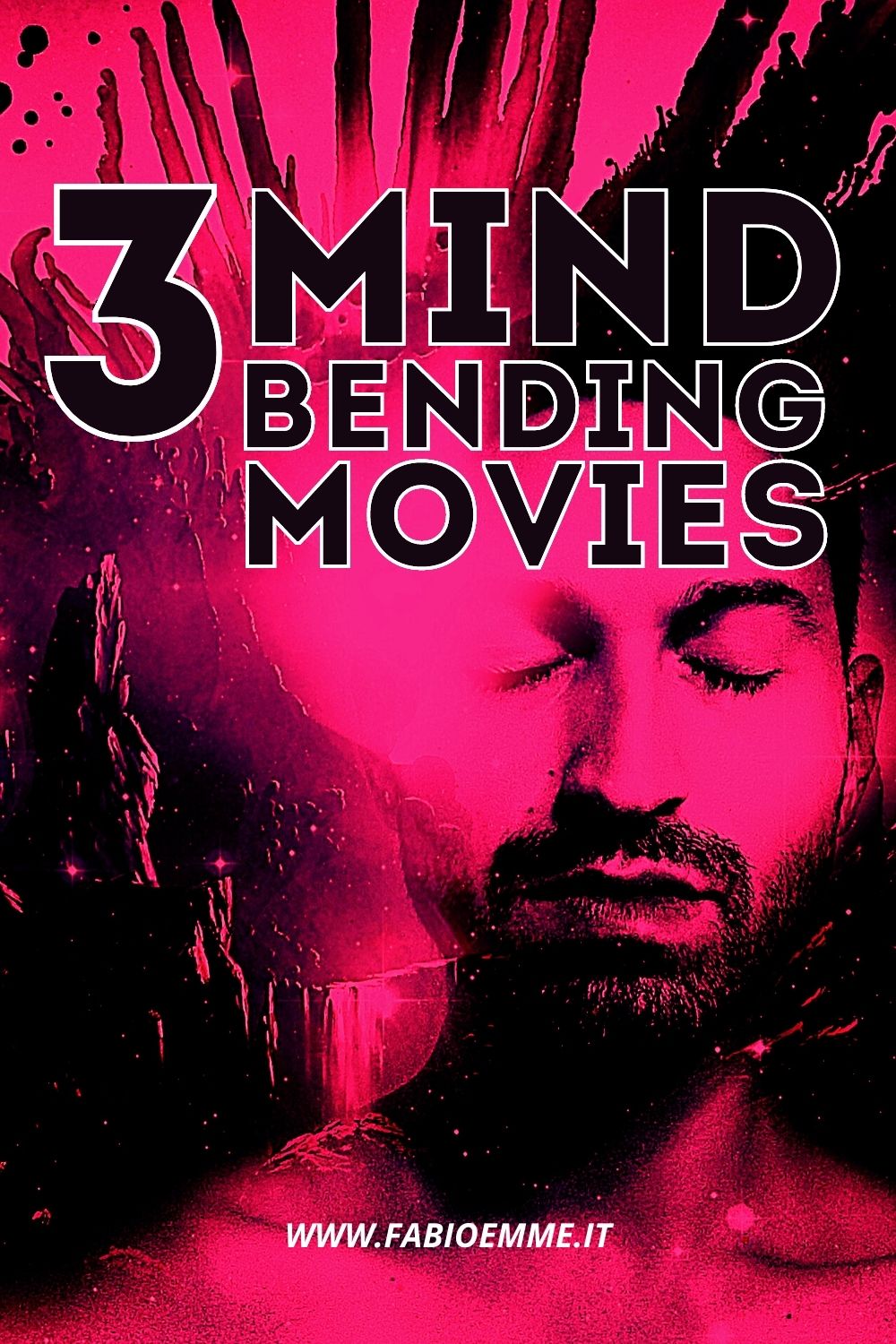 We are not always looking for a simple and linear story where everything is explained logically and sensible.

If this is your case, here are 3 Mind-Bending Movies you may have missed over the years.

1 Holy Motors (2012)
Holy Motors closely follows an ordinary day of the mysterious Monsieur Oscar. He does unspecified work, traveling all day in a limo with his trusty female driver.

Moving between his various appointments, the man puts on make-up inside the car and becomes an entirely different person.

Over the long day, his experiences become extremely varied and extravagant, in some cases bending the limits of the physical possibilities of reality. His driver accompanies him, patiently awaiting his return, encouraging him to rest and eat when tired and depressed.

Their journey snakes through 9 steps through the city of Paris, after which the two split up, and the woman returns to the limousine depot, a garage outside the city called Holy Motors.

A decidedly unique movie continually raises questions about its real nature and mixes drama, romance, and surrealism, pushing the possible and credible limits.

A story that leaves the narrative aside to focus on acting, astounding with its protagonist’s chameleonic versatility.

Denis Lavant, indeed, is an extraordinary leading actor. An endless mutating character passes through many roles within the same film. Transforming naturally from a beggar older woman to a half-blind monster who kidnaps a model.

A character is the living embodiment of acting art, forgetting and giving himself body and soul to his incredible performances.

Edith Scob is his trusted help who follows him everywhere all day. Driving taciturn through the Parisian streets while providing the protagonist with the files of his various appointments.

Leos Carax writes and directs one of his best works, an act of love for pure cinema. Beyond the genres, the screenplay and the characters about what tell us absolutely nothing besides their names.

A void that is full of meanings to look for elsewhere. In every gaze of the protagonist, there is a story. He reborn like a cinematographic phoenix in every metamorphosis, resurrecting in a new role and a new life.

Holy Motors is undoubtedly one of the most twisted and fascinating movies of recent years, therefore the first of these 3 Mind-Bending Movies without hesitation.

2 The Tenant (1976)
A modest man of limited financial means seeks a place to live in Paris within his reach.

Fortunately, he found an excellent apartment at an economical price. He visits it and gets to know the neighborhood full of elderly gentlemen.

However, he soon discovers that the advantageous cost is due to the suicide attempt of the previous tenant, a young girl who threw herself out of the window.

Going to visit her in the hospital, he finds her dying and unable to speak, but he meets a beautiful friend who begins a passionate love story.

But in his apartment, he notices strange details, becoming obsessed with the feeling of being observed continuously.

Finally, he becomes convinced to be trapped, and his neighbors want to push him to suicide, just like the hospital’s poor girl.

The Tenant is a priceless urban thriller, where one man against all must fight against what could even be his madness.

The protagonist struggles to distinguish reality in this story with strong supernatural connotations. Immersed in a horror atmosphere, he feel from the beginning predestination to disgrace with no way out.

Roman Polański directs and interprets one of the most original films of his extensive filmography. A role that he defines as almost autobiographical from his life experiences in Paris.

The character evolution blends perfectly with the previous tenant’s catharsis, and the identification grows together with the protagonist’s madness and paranoia.

Isabelle Adjani plays the young and beautiful lover, with a fun and sexy scene at the cinema where they flirt against a famous Bruce Lee movie’s background.

A condominium fear story made by Polański on the eve of his return to Europe. After his period of great success in the USA, from which he had to leave next.

I am personally considering it one of the best movies in the entire history of cinema and not only this director, adding it with joy to these 3 Mind-Bending Movies.

3 Pi (1998)
A mathematician works on his theories all day long when suddenly his computer fails after printing a series of seemingly meaningless numbers.

Turning to a friend, he discovers that the same thing had happened to him many years earlier and had then given up on research not to aggravate his health conditions.

Meanwhile, man is followed and courted continuously for his revolutionary number theory.

On the one hand, a cynical corporation would like to use its research to predict the trend of international exchanges.

In addition, a group of Orthodox Jews, scholars of the Torah, are convinced that they could finally interpret God’s real word through its numbers.

Trying to work despite the constant disturbances of these profiteers, man will risk his life to find the solution. If he finally succeeds, he could find the definitive mathematical formula capable of explaining the mysteries of existence.

Pi is an intriguing mix of science fiction, mystery, and religion, perfectly embedded within a high-tension thriller.

The movie’s photography is a striking black and white where light and dark seem to be fighting. Like a pastimes documentary of a unique style and narrated with great class, facing the possible border of reality.

Sean Gullette plays a distressed character with serious health problems. Which, combined with his research’s difficulty, wears him down to physical and mental exhaustion.

A man that fascinates and irritates, tackling his mathematical problems with his indisputable genius and tireless obstinacy.

Mark Margolis is equally grumpy and intelligent in the role of his best friend. Another mathematician encouraging him to continue and then suggesting to let go before his obsessions destroy him.

Darren Aronofsky writes and directs another twisted movie with inimitable style and subjects.

A story that explains how genius and madness often go hand in hand. Exhausting but inextricably necessary for the select few destined to leave their history mark.

A movie that had excellent critical success and was also received with dignity by the public, with good theatre revenues worldwide.

Released in 1998, many cinema lovers may not know it after all this time. Hoping to help, I decided to include it as the last (not for quality) of these 3 Mind-Bending Movies.

3 Movies about Aliens from the 90s