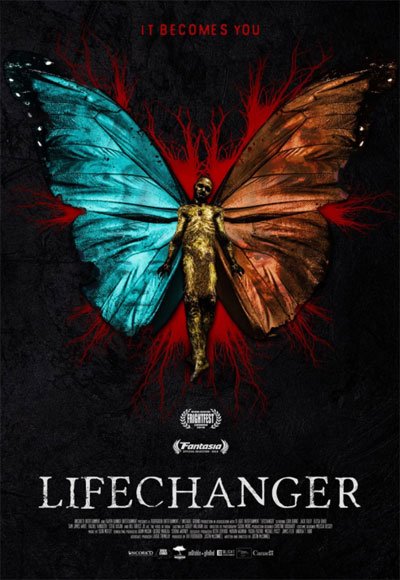 Lifechanger is the story of a humanoid creature who lives among us, pretending to be different people.

The creature, as he tells about his life, was once a human being. In his youth, he soon discovered he could change his appearance by merely touching other people.

The horror transformation kills the source person allowing him to take his appearance. And along with it also the memories, emotions, and knowledge of his victims.

However, after a long time, he also is reaching his natural limit, starting to think of not being immortal.

Indeed, the period of his transformations lasts less time at every change. A run against time leaving behind a trail of bodies from which he has sucked the essence and life.

So, in what he believes in being his last days of life, he finally decides to confess. In the last journey across the city, searching for an old love and ready to accept her judgment.

Lifechanger is a distinct horror with an invisible protagonist, in a constantly transformation changing face before our eyes while following his narrative voice.

The monster is not evil or sadistic. It only tries to survive by passing to another body when it reaches the limit, destroying the families of everyone meets.

The cast is very various, through all the characters with the misfortune to cross a creature cannot avoid attacking them.

The only constant in his life is the woman played by Lora Burke, whose husband is one of several victims.

He has courted this widow numerous times, hiding behind the faces of the identities he steals so many that he knows every detail of her life.

Sadly aware of his condition, he feels the need to find her and tell the truth has never told anyone so far, hoping to be finally accepted and loved.

Justin McConnell writes and directs this personal drama of a supernatural being.

For once, a horror that empathizes with the monster, despite his numerous murders. Indeed, while showing the cruelty of his nature, we see him as a victim too, in a world where he can never have friends, love, and peaceful life.

In addition, the unfortunate does not remember almost anything of his own old life. Filling his memory with other’s dreams and desires every time he changes his appearance, losing himself a long time ago.

In conclusion, a miserable existence with no purpose to go to and no conception of what it was in the past, simply living for the day trying to survive.

Lifechanger was released in 2018 and to this day is almost unknown to everyone, a real shame for an original story that deserved more attention.

A movie perhaps suffering a low budget production and notorious stars lack. Still, it is unique in telling a non-trivial horror story with an unexpected ending.