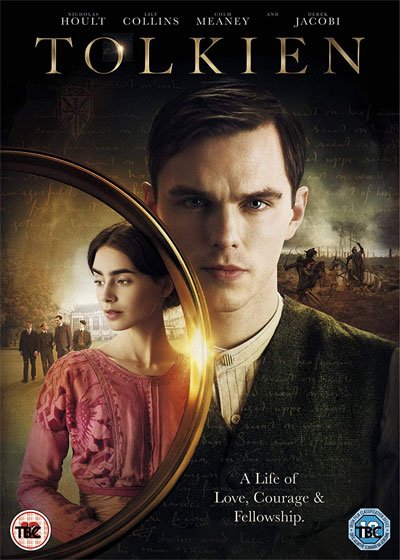 Fictionalized biography on the life, loves, and difficulties of the great fantasy writer J.R.R. Tolkien. From his unfortunate childhood to the chance to study at King Edwards thanks to a scholarship.

Initially avoided by his companions for his bothersome intelligence, he will then make an indissoluble friendship with other students forming the famous TCBS, the Tea Club and Barrovian Society.

A poor boy who madly loves his contemporary Edith Bratt, an excellent piano player, with whom he will overcome enormous difficulties before being able to marry and live happily together.

Raised from an early age to love the fantasy mythology of worlds made up of wizards, trolls, and dragons, he will bring this influence by combining it with the passion for language knowledge.

His linguistic ability will amaze his friends and later the most highly placed professors of his school. A fixation makes him create his own languages, starting from ancient languages ​​such as Latin, Greek, or Viking dialects.

Tolkien is a fascinating compendium of the influences that led the writer to form his style and build his fantasy epics from The Hobbit to The Lord of the Rings.

An intense formation and growth of a brilliant but unlucky boy, repeatedly struck by destiny but still destined for a successful future.

A story in which the narration alternates school youth with terrible episodes on the front during the First World War. An experience culminating in the Battle of the Somme, a tragedy where a dear friend will lose his life.

Nicholas Hoult plays the most crucial role in his career with a handsome and young Tolkien interpretation. Learning how to understand and appreciate others in a credible path, leading him to be a complete man.

A character who is not flawless, sometimes too pleased about his intelligence, not realizing when he’s humiliating other people.

Lily Collins is also excellent and charming as a great love of his life. She, too, is an artist wishing to compose and listen to great classical music. But, sadly, she’s forced to perform the typical romantic songs to please her elderly landlady.

The intelligent girl keeps up with the great genius, inspiring and encouraging him to do better. Also, don’t stop at the appearance of the language but deepen the meaning of his words.

Dome Karukoski directs an entertaining movie with a good pace, easy to follow even if unfamiliar with the writer’s biography.

To summarize, Tolkien is an essential story inevitable to fans of his great fantasy works. Even those who have not read his books but only knowing the movies directed by Peter Jackson.