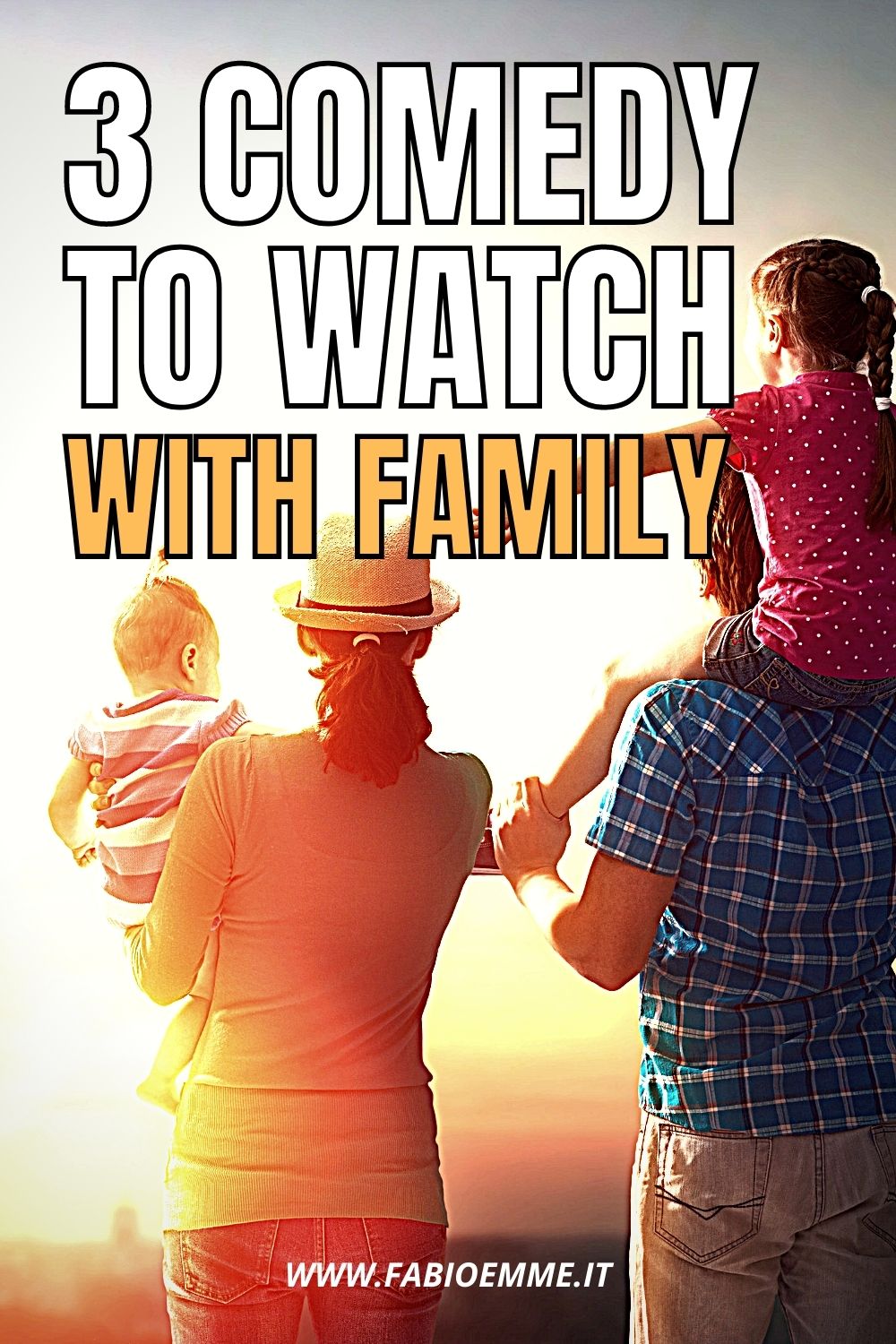 In these times of lockdown, are you looking for a film that can be good for the family, making everyone happy?

3 Comedy to watch with Family, friends or anyone close to you in these difficult times.

A small cattle rancher living in a quiet town, always complaining about how dangerous times are.

After a while, he ends up boring his girlfriend, who dumps him for another man with a better mustache.

Upsetting his existence, a new gang of criminals arrives in town. With his bad luck, obviously, he falls in love with the evil boss’s woman.

At that point, the simpleton and a bit of a coward will have to face the most dangerous gunslinger in the West in a deadly duel, having only one week to prepare.

This comedy is a hilarious and demented parody of the western genre, however, with credible protagonists and intelligent and fascinating dialogues.

The comic gags follow breathless, blending perfectly with the weak against the bully challenge to conquer the beautiful blonde gunslinger.

Written, directed, and starring Seth MacFarlane in the leading role.

The Family Guy series’s famous creator uses his consolidated biting and ruthless humor, sparing no mockery and malice for everyone.

Charlize Theron is always amazing in any role. Like the villain’s abused partner, finally saying enough to the bullying of her man. Then falling in love with the simple but pure boy with an innocent air and always a ready joke.

Liam Neeson is also perfect as a villain, playing the game and enjoying the atmosphere’s general dementia. He still does not lack in his cruelty, killing without hesitation anyone who is in his path.

To complete the cast, the pretty Amanda Seyfried as stupid but lovely girlfriend and Giovanni Ribisi as best friend. The latter is an actor from dramatic to comic roles, such tv series like Friends or My name is Earl.

A Million Ways to Die in the West is a comedy to watch any night and with any company, perfect to begin these 3 Comedy to watch with Family.

The Waterboy of the local football team, a naive boy with childish ways, is fired after loyal service years.

Unemployed, he wanders looking for being waterboy elsewhere, ending up to his older team’s historic rivals.

But when he happens to tackle a teasing player by chance, he amazes the whole team with his potential physical power.

The new coach has no doubts and immediately puts him on the field. Eager to win after an innumerable series of painful defeats, he uses the boys to be a secret weapon.

Suddenly, he becomes the absolute protagonist of their victories. Loved by the crowds and by a beautiful girl, which he finally dares to declares.

But his grumpy mom doesn’t accept her little loved one playing football, trying to sabotage his career.

The Waterboy is a hilarious sports comedy populated with characters, each more stupid than the other.

However, a movie with excellent football sequences, alternating with the protagonist’s mental curtains who loads himself before each action, imagines the bully mistreating him.

Adam Sandler inspired plays one of the most influential roles in his long comedian’s career. A character practically mistreated by everyone who finally manages to have his revenge and his moment of glory.

To encourage him by spurring his career, none other than the old Fonzie, Henry Winkler himself. Another tormented man full of fears after a life whole of defeats, trying to recover his self-esteem thanks to the protagonist’s sports feats.

Finally, the fantastic Kathy Bates is funny and disturbing, incinerating with her eyes anyone who contradicts her with her famous killer expression Misery‘s like.

Frank Coraci, as the director, masterfully manages this zoo of bizarre characters. Leaving everyone the right space to emerge with their madness, remaining attached to each of them, including bullies.

The Waterboy is one of the funniest and lightest comedies of the 90s and probably the best movie with Adam Sandler, in second place in these 3 Comedy to watch with Family.

Shallow Hal starts with a boy who is a bit stupid, but deeply with a big heart, always been shallow with girls.

Worrying only about their beauty, he always manages to find flaws for not having a serious relationship.

Until a famous TV show guru gives him a gift. Through hypnosis, from that moment on he will see every woman for her inner beauty.

For this reason he’ll start having adventures with girls otherwise wouldn’t even have considered before.

Until he finds true love and at that point will have to undo the anti-shallow spell doesn’t realize he’s a victim of.

Comedy full of misunderstandings and funny sketches on the non-trivial argument of beauty placed as a value above substance.

A movie that does well for those who feel ugly, re-evaluating the most hidden qualities that obviously are not noticed at first sight.

Jack Black is the protagonist and absolute driver of the whole story, initially stupid and, over time, more and more profound in judging other people.

His enormous companion is then seen, through the spell, in the beautiful curves of the sweet and sensitive Gwyneth Paltrow.

The actress plays with candor and sympathy, succeeding in identifying with a girl who feels ugly, alone, and misunderstood.

Shallow Hal is a funny romantic comedy really directed and written by Bobby and Peter Farrelly. Making the most from the cast and the unusual plot, they mix comedy and feelings in the right doses.

A small movie from the early 2000s that perhaps after a long time has been unjustly forgotten and must be rediscovered, perfect to conclude these 3 Comedy to watch with Family.