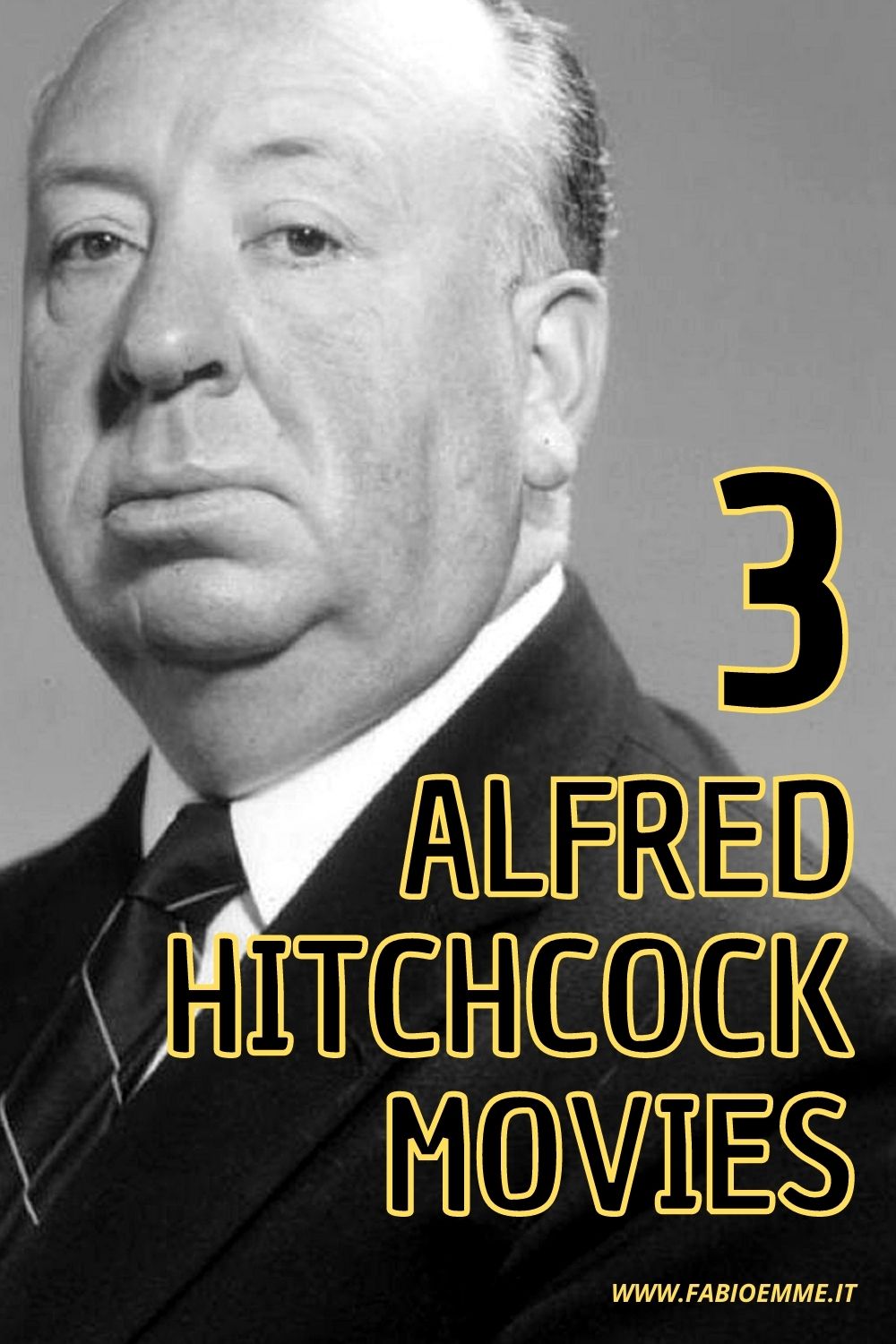 There are timeless stories and authors, able to fascinate today as they did 50 years ago.

3 Alfred Hitchcock Movies absolutely to see and love, able to survive the test of time and the fashions and trends of the generations that pass.

Two friends team up to kill a third but do not have time to hide the crime evidence. Having guests arriving for dinner, they find nothing better than hiding the body in their apartment.

During dinner, the behavior of the two will be very different. The weakest is nervous and agitated, refuging in too much alcohol.

However, the other, excited by the unexpected situation, decides to challenge his guests in an intellectual discussion about how someone can commit a perfect crime.

By letting himself get too carried away by his emotion in the subject, he will make one of his old professors suspicious, who will begin to have strong doubts.

Rope was an innovative and original thriller, unique in managing the timing of suspense by combining it with black comedy.

The couple of two protagonists working great together, compensating each other for their weaknesses and excesses.

Farley Granger is the most fearful who lets himself be guided in everything by the first without hesitation, even in the idea of ​​committing a crime just for the fun of being able to get away with it.

On the other hand, John Dall is the mind and ruthless orchestrator of the murder. Brilliant in his execution but who then lets himself ruined by his vanity and sense of superiority.

Feeling invincible, the man hides the body in a trunk, above which serves dinner to the victim’s parents and girlfriend.

Finally, James Stewart is always flawless in his performance.

Elegant, ironic, and intelligent in the role of a professor not fooled by the mocking attitude of the murderer. A fancy guy who, practically, confesses his crime as a game to his guests, sure of not being discovered.

But his pride will be a big mistake, together with his accomplice anxiety collapsing psychologically over the hours.

Alfred Hitchcock uses an incredible style to narrate this story.

He decides to shoot the movie in long blocks without interruptions, then joining them with small tricks to give the idea of ​​a single sequence without breaks.

Rope remains an absolute cult, a movie to study for its almost unique technique. Indeed, it constructs impeccable characters’ psychology along with a narrative plot that unfolds sinuous and sharp until the explosive final.

Anyone who loves thrillers have to see it at least once in his life.

The Birds begins with a high society woman, known for her social media impudence, being annoyed by a man while shopping in a store.

After leaving she starts following him, fascinated by his charm and attitude, from San Francisco to Bodega Bay.

There the man lives with his mother and his little sister, who immediately becoming friends with the woman, invites her to stay at her birthday party.

But the quiet tourist spot is soon subject to strange bird attacks on the local population. At first, seeming to be only minor accidents, events quickly turn into tragedy.

After finding a neighbor pecked to death by birds, numerous crows attack the school where the woman fetching the little girl. The city immediately spread chaos, where everyone thinks of himself to escape the deadly murderous birds.

The brilliant English director signs another masterpiece after his most famous film, Psycho, his most great career worldwide success.

Tippi Hedren is lovely in the role of the naive and spoiled city girl. A woman who slips into a problematic situation out of sheer whim then becomes attached to the man’s unusual family.

Rod Taylor instead plays a brilliant lawyer, ironic and charming and affectionate towards his younger sister.

However, psychologically manipulated by his mother, always in difficulty with the numerous women who court him.

A complicated woman beautifully played by Jessica Tandy. Intelligent and pragmatic and the first to notice the bizarre behavior of birds. Indeed, fearing to remain alone in her old house, the elderly lady has systematically sabotaged her son’s relationships for years.

Alfred Hitchcock still surprises everyone with his directing choices, eliminating the music in this film without any soundtrack.

To underline the various scenes there is only the sounds of the birds. Skillfully mixed to form a natural accompaniment to the animals’ attacks.

The Birds is absolutely my favorite of these 3 Alfred Hitchcock Movies, with nature taking its revenge on man, miserably helpless in the face of all his strength.

Alfred Hitchcock returns with Frenzy to his homeland, lovingly welcomed by his citizens, setting his story in London.

The story’s absolute protagonist is a ruthless serial killer, sadly known throughout the city for his sexual strangulations.

However, in his place, his latest victim’s husband has been arrested thanks to an unfortunate time coincidence, the last visit to his deceased wife.

Believing himself finally free from accusations, the killer sets off to hunt for victims, while the innocent wanted man struggles to find out his identity.

Unaware that his friend is also a murderer, he even asks him for refuge to hide and escape from police searches.

Frenzy is a cruel black comedy about the inevitability of mocking destiny. A story with unusual luck helps the killer always managing to get away with his misdeeds.

Barry Foster plays the protagonist with lucid madness, ruthless and lucky in his murders, always finding a way to escape and hide his corpses.

As his opponent, initially unaware, we have the excellent Jon Finch who seems instead tormented by fate. Finding himself in the wake of the killer’s bloody destruction, he cannot do anything besides pursue his personal life ruiner.

In some ways, recalling Detour of 1945, the unfortunate protagonist was first blessed and then abandoned by the fortune.

One of the last works by Alfred Hitchcock, during the final period of his cinematic life. After a long and appreciated career, his last movies couldn’t get significant box office receipts.

But the great artist, despite the low-budget production, still manages to impress. Using his usual mastery of directing, the staging, and the genius of a twisted but straightforward story.

Frenzy then be part indisputably and concludes these 3 Alfred Hitchcock Movies, an author for whom viewing his works is never wasted time.