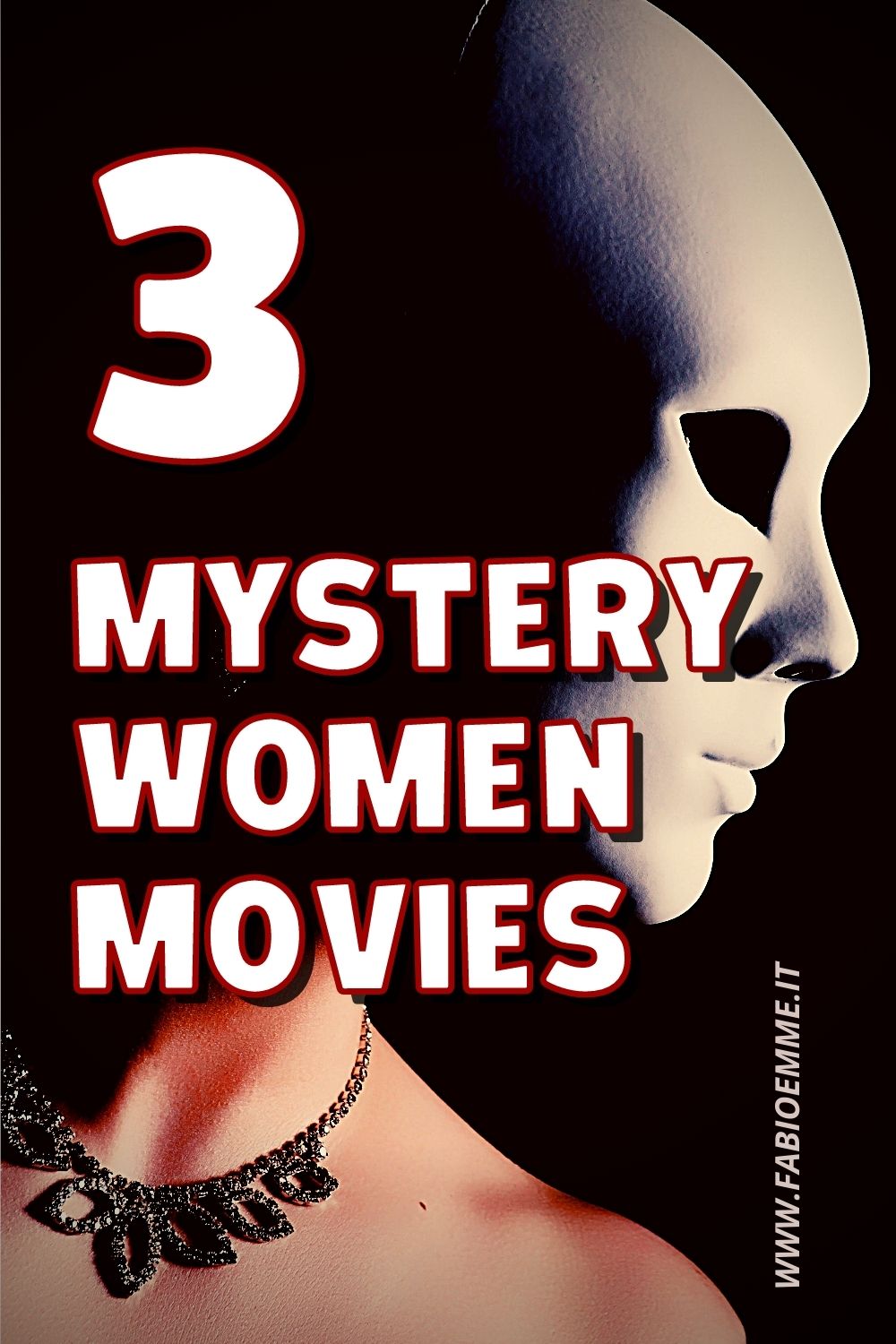 Women and mystery have always been a winning combination that has made cinema’s history with memorable characters.

3 Mystery Women Movies that you may have unfortunately missed over the years, a must-see.

A young doctor sees her son kidnapped in her home by a mysterious hooded figure.

therefore, she immediately chases him through the woods, confident that the stranger is the one the locals have renamed The Tall Man.

A man who, according to rumors, is responsible for countless child abductions in the small town where she lives, Cold Rock.

Abductions that have deeply upset the whole city’s soul, leaving a latent terror in the heart and the fear of having new children.

During an endless night of anguish and fear, the whole city will finally discover the terrible truth.

An anxious and dramatic mystery thriller about parents’ greatest fear, being helpless while having their children stolen in front of their eyes.

The story slowly reveals after every twist, totally rewriting what we thought we knew about each character.

Jessica Biel distinct leading actress, beautiful and intense in her concern as a mother hunting the Tall Man.

An initially difficult character to understand then reveals how necessary to make her the whole story’s pulsing heart.

Equally good, Colleen Wheeler, another mother with a kidnapped son, left alone to her pain and remorse for not protecting the child.

Finally, Stephen McHattie‘s stone face is perfect as the sheriff, unable to investigate and uncover the truth for crimes without clues and witnesses.

Pascal Laugier writes and directs one of his best movies, far from the extreme violence of Martyrs, but always with the same originality in the plot and characters.

An elegant, original and suspenseful thriller deserves to be the first tip of these 3 Mystery Women Movies.

She had an opportunity to spent a few days with her new partner’s children in their secluded vacation lodge.

A period that she hopes will serve to win their benevolence before beginning a new life together as a formal wife.

Until so far, they’re hostile to seeing her as a replacement for the birth mother, who committed suicide shortly before.

In addition, the woman is still trying to recover from her childhood, raised in a religious sect that ended in tragedy.

But when the father is forced to leave them alone, they find themselves trapped and isolated. At that point, someone or something will block from escaping in any way.

An excellent family mystery story with fear present and palpable from the first minute. A drama built on 4 characters who always interact disturbingly and unexpectedly.

Characters who make each other uncomfortable, with no intention of giving each other support, and who in their relationships worsen over time.

The two child actors and the protagonist are very good at portraying the growing madness of the movie. A poker of actors on which the exceptional Riley Keough stands above all.

Apparently delicate and suffering from the reluctance of children to love her. But more hidden, suffering for pain like the youth rejected love of her crazy father.

The two children Jaeden Martell and Lia McHugh, are perfect. Never be understood whether innocent or evil as victims or executioners of this cruel human theater.

Richard Armitage is equally effective as a father unable to understand both his children and his new wife. Building his new life on a completely wrong basis.

Alicia Silverstone‘s small cameo at the beginning as a suicidal mother. Hence, a truly chilling character in her lucid madness will mark her children’s minds for years to come.

Magnificent surreal atmospheres by the directors Veronika Franz and Severin Fiala, always suspended between the dream/hallucination and incomprehensible reality.

After many years of an apparently happy marriage, her husband just committed suicide, and she feels lost without being able to believe it.

Trying to understand the reason for the gesture, she forthwith discovers a double life of him that she didn’t know existed.

Making its way through man’s untold secrets, the night begins to go in a private club and local swingers circle.

There she meets a strange, mysterious man who perhaps has some answers to the tragic death of her husband.

Initially disgusted by his behavior, getting to know him better begins to have a relationship with him.

A personal drama for a complicated widow that always known world crumble upon her under a landslide of lies. The surreal mystery atmosphere is fascinating for this crime without murderers, but only victims.

A world made of small and stupid vices behind a normal couple’s facade.

Katherine Waterston excellently plays the protagonist. A woman alone in discovering truths that she doesn’t want to know for the most part.

In fact, friends and relatives abandoning her to his mourning, which she transforms into a night investigation.

At her side, the always exceptional Michael Shannon, a vicious man addicted to casual sex, brutally honest about men’s desires.

Indeed the only one who will stand while searching for a truth that perhaps does not exist. Anyway, giving the support and strength to continue despite everyone’s doubts.

A very feminine story, not surprisingly directed by a woman like Meredith Danluck. An excellent portrait of a fragile but obstinate woman and is uncertain of the futility of revealing her husband’s lies.

A story perhaps little known to the masses but which deserves to conclude these 3 Mystery Women Movies.

Dirty Vintage Aliens From The Colorful...