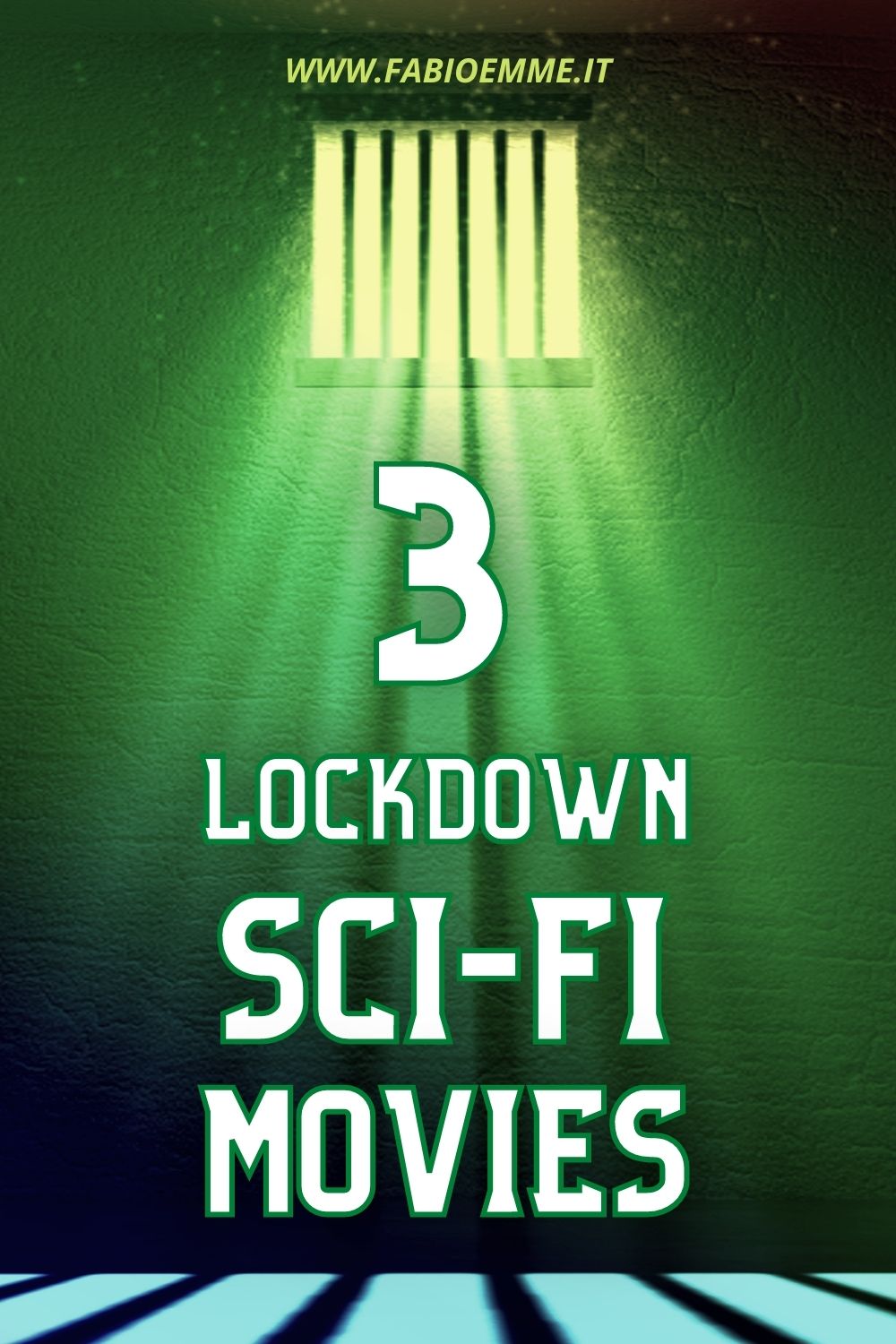 In these lockdown times, we can easily identify with someone forced into captivity by extraordinary situations.

3 Lockdown Sci-Fi Movies featuring trapped characters you may not have seen over the years.

1 White Chamber (2018)
A woman wakes up as a prisoner in an empty room. Immediately from a loudspeaker, the voice of a man begins to question and torment her for answers.

In the meantime, outside, a civil war rages in which the girl is the key to victory.

The rebel leader appears to have disappeared, and even among the army forces, there are deep divisions.

But among those four white walls where the woman is a prisoner lies the secret of a weapon that can change the fate of the war.

An excellent sci-fi revolution film investigating the theme of abuse of prisoners, kidnappings, and torture with imagination.

In addition, the story intriguingly links soldiers’ military training with the use of the most diverse drugs in every war ever fought.

Shauna Macdonald in the role of the prisoner, initially a simple stranger in a clean room but then more and more profound and complex as a personality.

His antagonist’s relationship is compelling and markedly with whom they exchange, overturning prisoner/jailer roles throughout history.

Antagonist played by Oded Fehr as the revolutionary leader, a former soldier tired of the state before he served and determined to change things at any cost.

White Chamber is an excellent sci-fi thriller lockdown, written and directed by Paul Raschid. Thanks to some clever dialogue and plot that set a great pace as long as the whole story.

A movie where it is hard to understand the good and the bad side, in particular with ethically ambiguous and determined characters.

2 Infinity Chamber (2016)
A man wakes up as a prisoner in a room, while a voice informs him that he is waiting to be tried.

His room is equipped with the bare minimum to survive and mysterious machinery whose function he does not understand.

With the passing of hours and days, finally, the man becomes more and more convinced that he will never be tried and that he is now abandoned to his fate.

Furthermore, the strange machinery appears to be capable of reading his dreams, perhaps attempting to extract information from political prisoners.

Thereupon he realizes that no one will ever aid him. He has to do something immediately, or he will die in that room.

An intelligent metaphor on euthanasia’s burning theme. Indeed the man is kept alive by a machine beyond his will, also remembering the same fate as his father.

Christopher Soren Kelly in a challenging role, practically alone for almost the entirety of the film.

A character who seems initially innocent, although perhaps he knows much more about the revolution than his own captors.

Jesse D Arrow‘s voice is the only company during his captivity. Mechanically and repetitively stupidly, it is perfect as a dull representation of modern bureaucracy.

Finally, the sweet Cassandra Clark, whom she sees in her dreams as a beautiful and nice waitress. The woman will transform from hallucination to her only ally and perhaps the great love of her life.

An intriguing sci-fi lockdown movie written and directed by Travis Milloy as the second of these 3 Lockdown Sci-Fi Movies.

The excellent alternation between the lightest and most dramatic moments, and some romantic moments with imaginary but authentic characters.

A story in which you become attached to the few characters, interesting in their development until the end.

3 Project Ithaca (2019)
A group of strangers wakes up tied to chairs aboard an alien spaceship.

Unable to remember anything, they are soon visited by the mysterious creatures they can read into their minds.

Sci-fi horror in a lockdown situation that places a small group of ordinary protagonists in an extraordinary situation.

Starting from their difficult life experiences, the story evolves smartly on to an epic battle for planet earth’s conquest.

Among the various protagonists, James Gallanders immediately stands out as a leader. An ex-military man who is the only one who knows about what is happening.

Also, the only one who has any semblance of a plan to counterattack the evil invading aliens. A plan that includes the help of the young Deragh Campbell.

Raised from an early age on a military base to develop her exceptional mental faculties. She will able to fight back thanks to a strong connection with the aliens and the soldier himself.

The girl will be the only real weapon at the disposal of all humanity. A mental weapon to defend us against an enemy which, otherwise, there would be no chance of victory.

Nicholas Humphries directs this very atypical horror with few well-written and characterized characters. An excellent mix of horror and sci-fi that proposes a theme already seen, but in a new and original way.

A movie virtually unknown to the public and perfect as a conclusion to these 3 Lockdown Sci-Fi Movies.