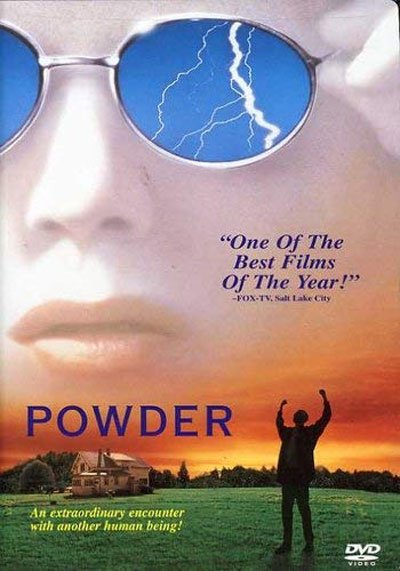 An older man who lived isolated in a small community suddenly dies. The police go to his home and discover a mysterious guest in the basement.

The boy, completely bald and with very light skin, is actually the man’s nephew, Jeremy Powder Reed. He lived alone in that room all his life after the mother’s death on the day he was born.

Transferred to a center for problematic young people, he immediately reveals a great intelligence and sensitivity towards other people.

Unfortunately, a sharpness causes him to be bullied by some bullies in the center, uncomfortable and frightened in his presence.

Initially alone, then aided by the local sheriff, a psychologist, and a science professor. The boy will then try to discover the true nature of his extraordinary abilities.

A delightful tale about the different who struggles to fit into the normal society. Excluded from the circle of his peers, they vent their wickedness and meanness on him.

Sean Patrick Flanery is an excellent protagonist, shy and lonely and curious about an outside world he has never known.

A boy who fears his own power, struck by lightning even before he was born in his mother’s womb. Then growing up capable of manipulating electromagnetic fields, sometimes causing incidents.

A power that tries to study with the professor played by Jeff Goldblum. A man of science curious and genuinely interested in helping him control his power.

He will also receive help from the psychologist Mary Steenburgen, making him open to relationships with other people. She hardly tries to make him understand that not all are bullies willing to harm him.

Finally, the ever-great Lance Henriksen in the sheriff’s role. Initially suspicious of the grandfather’s death circumstance and the unknown kid, then firmly intent on defending him from abuse.

Victor Salva writes and directs a fantastic story of growth and understanding of a misunderstood, powerful, and smart young man.

Powder is a story of teenagers and their curiosity towards the world and where the wickedness of some against the different is born. An evil that is often the result of fear and weakness, trying to be strong by behaving stupidly as bullies.