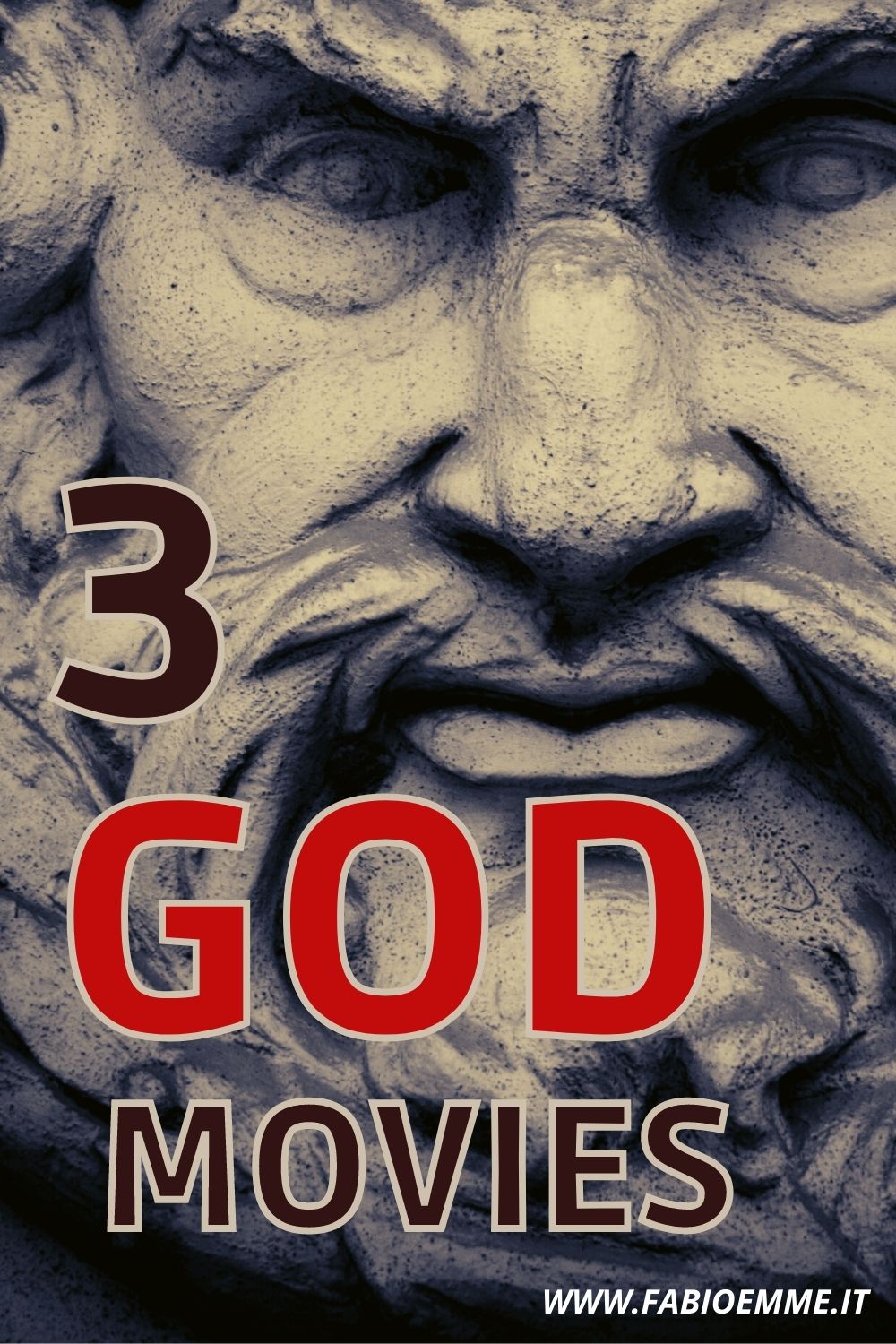 Being made in our gods’ image and likeness, we always love to look for stories about them.

3 God Movies that you may have missed over the years, and you should definitely watch.

1 Gods Of Egypt (2016)
It was supposed to be a day of celebration for all the Gods of Egypt, but the king’s brother betrays by killing him and blinding his son, the legitimate successor to the throne.

Sometime later, a skilled thief sees his beloved die in front of his eyes, thus deciding to pact with the imprisoned god.

She’ll help him take revenge on the usurper and get his eyes back in exchange for the girl’s life, traveling to the afterworld.

Fun modern peplum filled with swashbuckling and over the top characters, epic love, and betrayal in addition to fights full of special effects.

A classic revival of good against evil in a divine guise, with Nikolaj Coster-Waldau in the role of Horus and Gerard Butler as the evil Seth.

Funny and carefree, Brenton Thwaites played the little rascal, a simple man fighting for his love against forces greater than himself.

A small role for the great Geoffrey Rush as God of the Sun, almost disinterested in the story after millennia of a solitary life, governs sunrises and sunsets.

Alex Proyas directing a colorful and fun movie, far in tones from his famous cult The Crow‘s dark atmosphere.

Lightness and fun, great entertainment, and definitively the one of these 3 God Movies can please everyone literally.

2 Valhalla Rising (2009)
A mysterious warrior is a prisoner of some Vikings. Being that almost invincible, they make him fight in deadly fights for profit.

But one day, unfortunately for them, the man manages to free himself and kill them all.

Accordingly, his captors’ massacre will only spare a child who will accompany him on his journey.

On his path, they will find a group of Christians headed to Jerusalem to fight a Holy War.

Admiring his warrior’s qualities, they will ask him to join them in order to redeem his soul. But their journey will take them to a completely different place to fight other enemies.

Epic and spiritual story with a protagonist clearly the human incarnation of Odin, the god warrior and supreme master of all arts.

The absolutely silent protagonist only speeches through the kid, starring the enemies savagely with his only eye.

A man who wanders around almost otherworldly landscapes, always surrounded by fog in the wildest nature.

Warned by visions, perhaps not even he can fully understand. However, he determined to never give up except for a greater sacrifice.

Directed by the great Nicolas Winding Refn, remains one of the best movies by the danish director, truly one of the most talented of his generation.

3 Immortals  (2011)
The young Theseus lived peacefully with his mother, training to become a great warrior.

Until one day, his small village ends up on the road of King Hyperion‘s fury that slaughters everyone without mercy.

Seeking revenge and at the first war of his life, the warrior will become the number one enemy of the evil tyrant.

A mad king trying in the first place to get hold of a magical bow. A weapon with which, according to the myth, would unleash the Titans‘ fury against the Gods.

An epic war between men and gods where no prisoners are taken, visually inspired by the impressive costumes and sets.

Superlative Mickey Rourke in the role of Hyperion. Certainly brutal and heartless but, in turn, a victim in his youth of violence in the name of the Gods.

Henry Cavill, perfect as a young man, initiated into life and adventure. Starting with the loss of his mother and ending up being the Gods’ favorite warrior to defeat the threat.

Finally, a small cameo of the mythical John Hurt in the role of Zeus, God who roams disguised among the men. Men in whom he has faith, leaving themselves fight this war against the kingdom of Olympus enemies.

Tarsem Singh directing for an aesthetically perfect film, evoking great emotions and pathos in every sequence, shot, and frame.

Immortals is almost unique between all Greek myth movies, definitely proper to conclude these 3 God Movies.

Time Bandits – The Many Comic Periods Of...