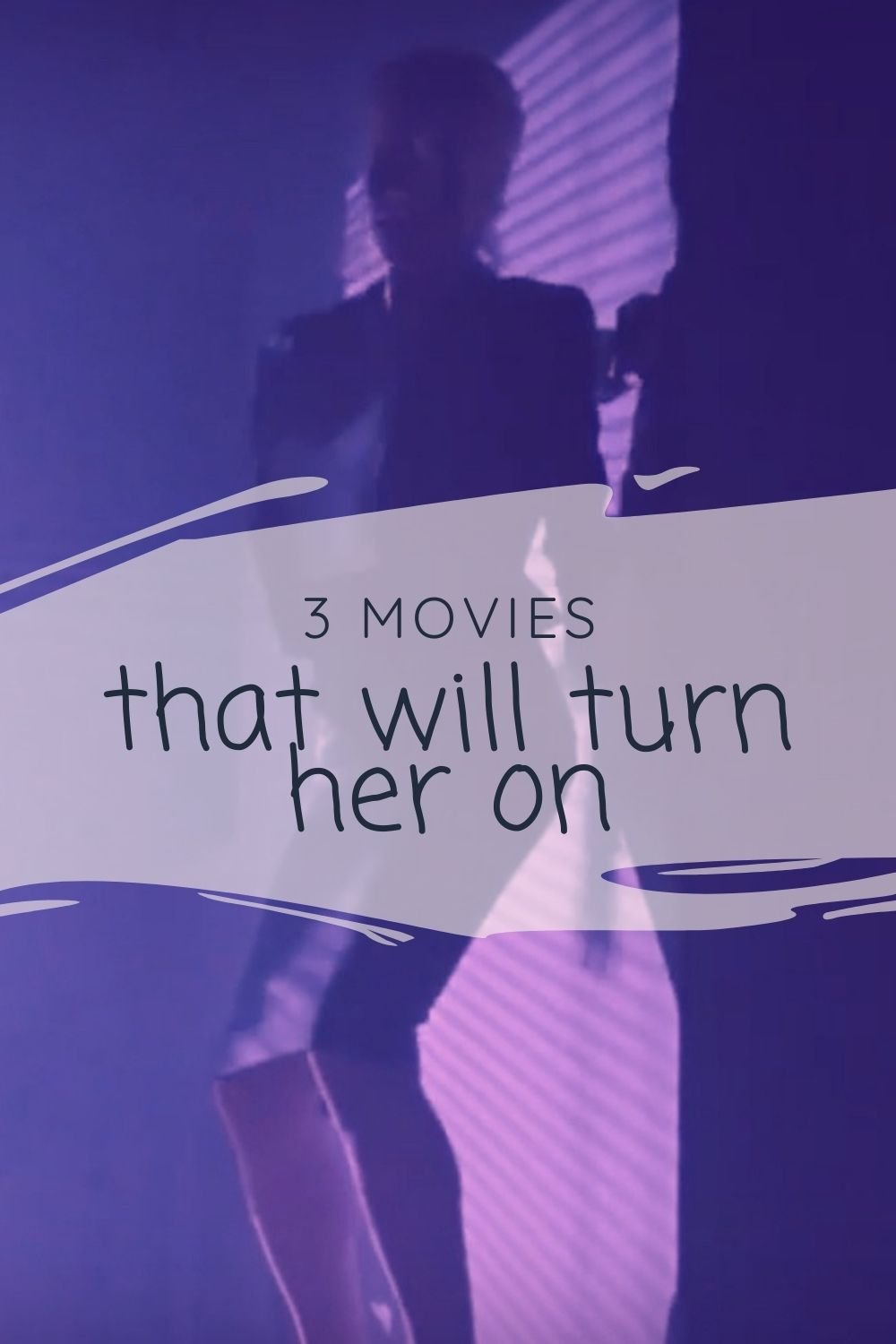 Uncontrollable passion flares up between the protagonists, true love that knows no limits or restrictions.

3 Movies that will turn her on… and him too.

1 9 1/2 Weeks (1986)
They meet by chance, they like each other, and immediately burn in the overwhelming passion.

They know nothing about each other, but his fantasies always manage to ignite her arousal.

A relationship that they keep for themselves. Without introducing to relatives or friends, building their own little world of sex and forbidden desires.

But how long can such a relationship last? The answer lies in the title of the movie.

Absolute generational cult with a Kim Basinger‘s striptease now in the cinema history. On Joe Cocker‘s You Can Leave Your Hat On, dancing for his lover, conquering collective imagination forever.

The actress plays a delicate woman working in an art gallery. A little shy at the start but then burning with passion once thrown in sex fire.

At his side Mickey Rourke still at the beginning of his career. Very young, mysterious, and full of charisma and charm.

The man leads the game from the beginning, but the woman is the strongest in the end. Indeed, she’s the only one having the strength, despite loving him, to front the solidity of their passion.

Adrian Lyne, as usual, perfect at making the most of the beauty of his stars. Also, skilled at making them intriguing even beyond the sex scenes.

Director with fluctuating success, this probably remains his best-known movie in the world. Probably, a movie so famous that it is known even to those who have not seen it.

Absolutely deserving to be the first of these 3 Movies that will turn her on.

2 Breathe In (2013)
A family decides to host a girl as part of a study program for young people from abroad.

Initially well accepted by the parents and the daughter of the house. The young, almost involuntarily, begins to break ever deeper into her father’s spirit and heart.

A man who suppressed passion for music, aspiring to play professionally but forced to be a teacher for his family.

Music is also a secret for her, an excellent piano player who denies and hides her talent. Talent matured in sufferance from a difficult family condition since she was a child.

A story where, paradoxically, the two characters who come out better are the two lovers. Despite their secret and socially “immoral” affair between an adult and a girl, they’re pure and honest.

Mediocrity hypocritical and bogus, all the others, including the wife who is completely disinterested in her husband’s artistic aspirations.

The beautiful Felicity Jones is excellent in the difficult role, silent and sad but capable of great determination.

Guy Pierce is great as usual, revealing with a few glances his hidden suffering in lies to his own family.

Director Drake Doremus speaks in this story of betrayal, but not only. Also, the theme of sacrifice for one’s family as opposed to wanting to give one’s life a purpose and meaning.

A great story about pure white happiness. Sometimes denied in exchange for petty personal fulfillment of having a job and a secure salary.

Definitely the most innocent of these 3 Movies that will turn her on, where the tenderness and innocence of a lost love is the protagonist.

3 Last Tango in Paris (1972)
Against Paris’s melancholy background, a mature man and a very young girl meet by chance.

In an apartment that has just been put up for sale, the two immediately like each other. Into a wild and uncontrollable romance, they completely center around their desire for each other warm bodies.

Ignoring any aspect of their lives, even don’t know each other’s name. Simply finding refuge in the heat of sex like a shack in a storm.

Two characters in chaos for their sad and empty personal stories. Fiercely loved by each other without any mutual knowledge, despite the life-changing emotional experience.

A superb love and madness story with grace and kindness, still today representing a cornerstone for sudden love and passion.

Superlative Marlon Brando in a total interpretation, made of wisdom and stupidity combined with sweetness and wickedness.

Already a sex symbol and a recognized world-famous actor. With this role, he builds, even more, the foundations of his career.

Bernardo Bertolucci directs a memorable film, where the real challenge is not between man and woman. But rather, between wisdom and the cynicism of old age, against ingenuity and the hope of youth.

3 Movies are made documentary