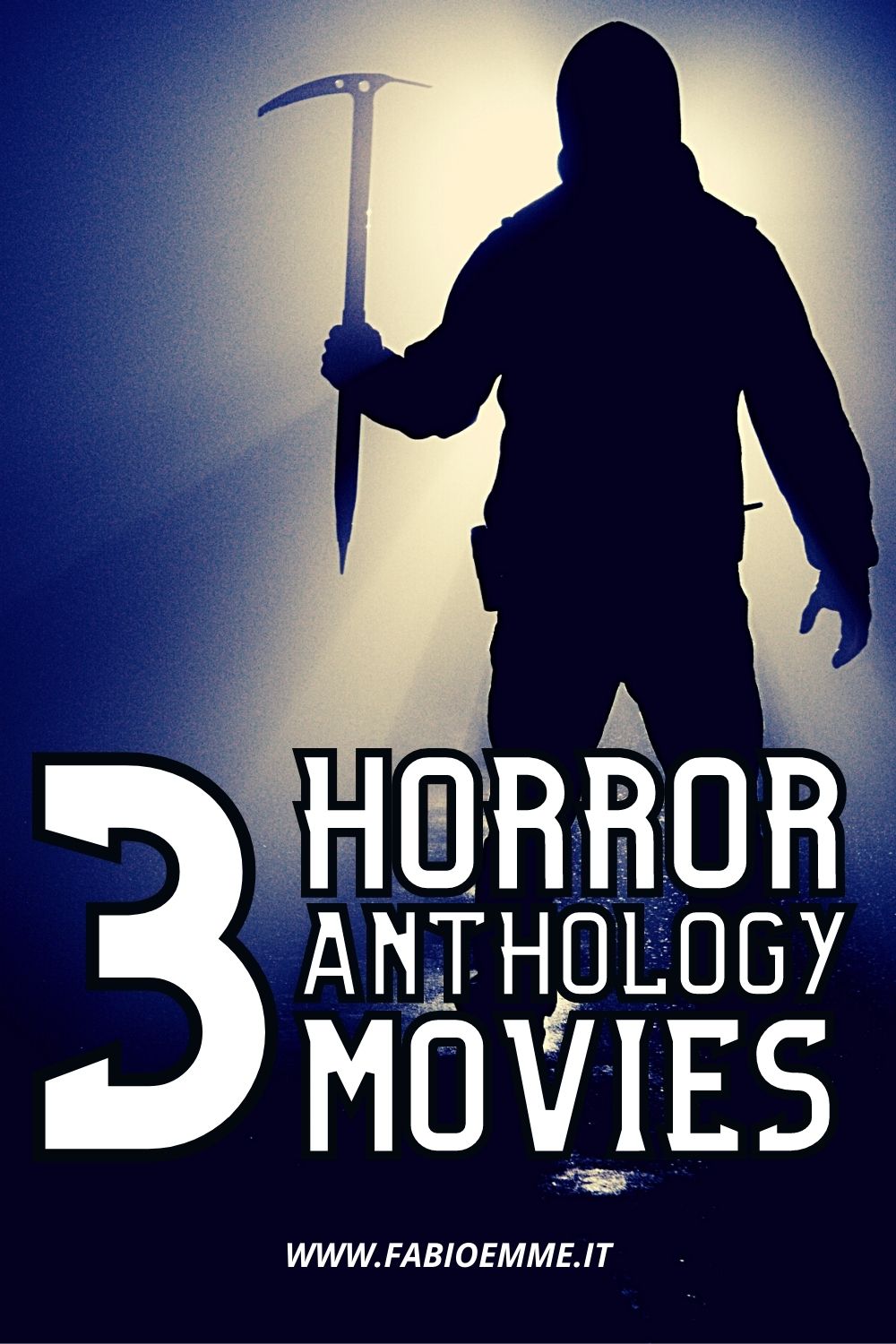 Sometimes just one horror movie isn’t enough. Why not watch three at once?

3 Horror Anthology Movies you may have missed over the years.

In the first, a woman is harassed on the phone by a mysterious stranger.

As the hours go by, she will actually horror realize having unfinished business with his tormentor.

An old friend will be her only help when everyone else believes she is having a nervous breakdown.

In the second, we have a great Boris Karloff as the father of a cursed family.

A family haunted by some vampire-like monsters called Wurdulak, eager not only for their blood.

In fact, the monsters will pass their curse to the humans, who will begin to kill each other in turn.

Finally, in the last episode, a woman steals a cursed ring from a just dead elderly lady.

Then some spirits, tied to that ring, begin to torment her. Evil presence brought into our world by the older woman who was a medium doing a séance before dying.

The thief will then understand that she has to pay a high price for her theft.

Black Sabbath will then be a cult movie for all homonymous musical group lovers. Indeed, they chose their name as a tribute to this Anthology Movie by Mario Bava.

3 small but great horror stories, as usual for the Italian master. Movies made with little money but a lot of talent and imagination.

In the first, the protagonist is a beautiful and sensual Jane Fonda. A countess who lives in the luxury and ease of her rank and wealth.

The ancient rivalry against a poorer but still politically influential family will precipitate the situation towards tragedy.

One of them refuses her advances, unleashing her rage and revenge. The woman will send some of her henchmen to burn their old family stables.

One of the two is a sadistic bully, always committing the cruelest and heinous baseness incited by his friends.

But with every act of evil, the other punctually arrive to ruin everything, up to the inevitable final duel.

The great Federico Fellini direct the third, creating a horror version of his famous 8 1⁄2.

Instead of a director’s identity crisis, we have a famous actor played by the great Terence Stamp in this case.

The man arrives in Rome as a guest of honor at a party organized by a Spaghetti Western production. He lets himself go to alcohol, completely disinterested in the celebrations.

Then he runs away aboard a Ferrari, chased by a child demon spirit that has haunted him all his life.

A movie whose first two episodes were originally supposed to be shot by Orson Welles and Luis Bunuel.

A cult of these 3 Horror Anthology Movies set in wonderfully gothic locations with a classic horror style direction, which unfortunately is hardly seen nowadays.

Finally, we move on to a video divided into 3 episodes based on as many short stories by Stephen King.

Independent from each other, the stories are joined by a cat that enters and exits between each episode.

In the first, the excellent James Woods is the protagonist, agreeing to a secret program to quit smoking.

This group at first and control and attack him when he lights a cigarette. Then constantly blackmail in order to stop, under penalty of retaliation against his family.

A story as disturbing as it is funny, made perfectly by the irony and the hilarious nervousness of the protagonist.

The second instead sees a man blackmailed by a powerful businessman who discovers the affair with his wife.

The man offers him a simple way out: walk on the ledge around his building’s top floor. If he wins, the boss spares his life and gives him enough money to escape with his love.

In the writer’s usual mocking thriller tones, a macabre metaphor of gambling is mixed with jealousy and betrayal.

Finally, in the third, the main theme’s cat of all the episodes returns as the absolute protagonist.

Going to a small suburban house, the animal is welcomed by the family. Their little daughter, played by the very young Drew Barrymore, even love him too.

But he will have to fight against a mysterious little evil being. Appearing only at night and repeatedly tries to kill the little girl in her sleep.

Lewis Teague combines these 3 micro-stories of the Stephen King universe properly. A carousel of different situations but united by the same shadow’s horror.

A little cult of the 80s, perhaps forgotten today, however perfect at the end of these 3 Horror Anthology Movies.