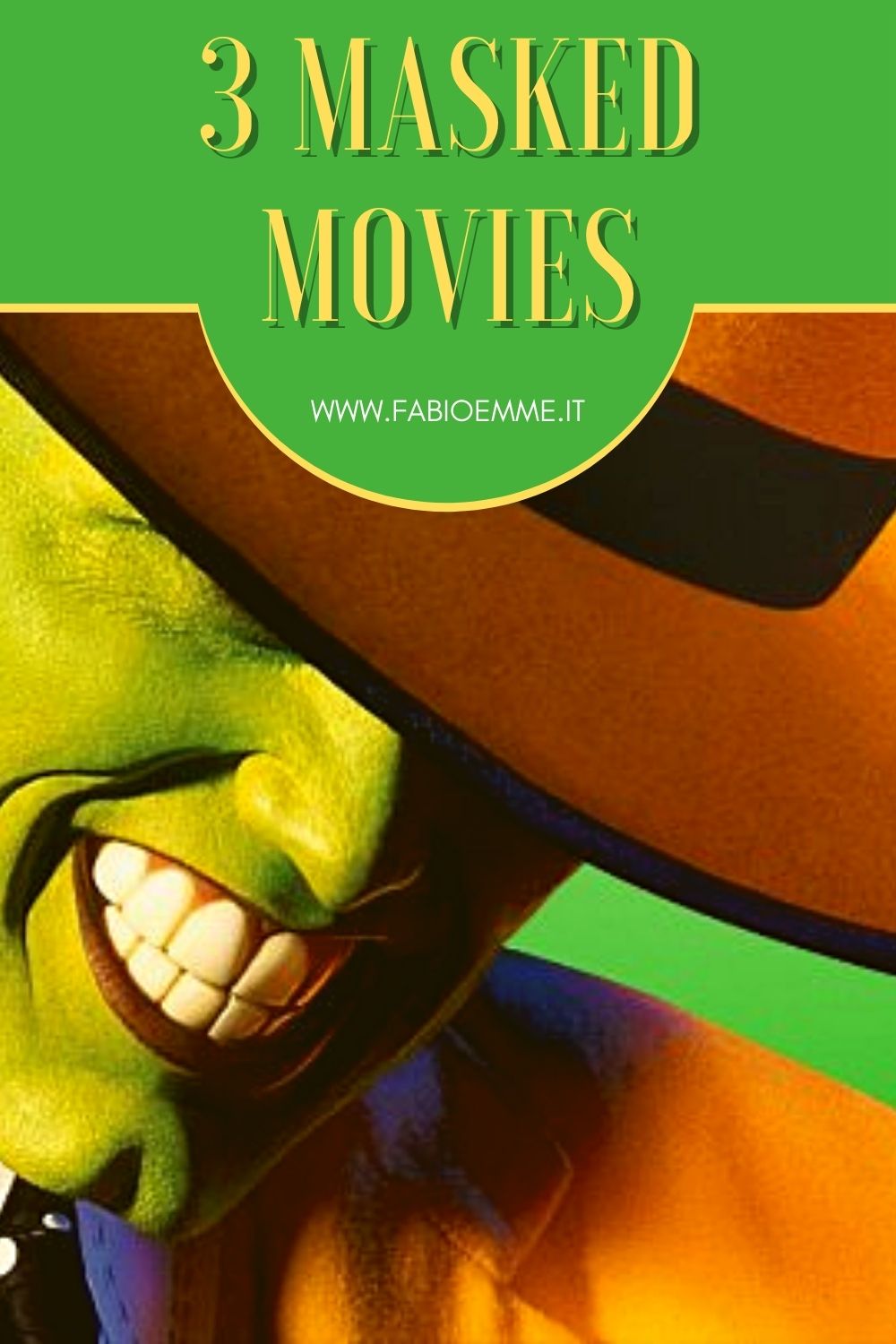 After all, we all live behind a mask, but some people a little more than others.

3 Masked Movies you may have missed over the years.

1 Open Your Eyes (1997)
He was a young, rich, and admired boy. Until a tragic accident leaves him terribly disfigured.

From that moment on, he closes in on himself, horrified by his own appearance, alienating all those who loved him.

But maybe there is a way for him to change everything. A new type of technology that could turn your life into a dream.

But sometimes dreams quickly become nightmares with no way out.

A sci-fi mystery beautifully narrated on the edge of tension, with a masked protagonist that we see in the face only in his flashbacks.

Eduardo Noriega is an excellent protagonist, initially bold and braggart and confused and scared later on.

A rich and spoiled bored womanizer in a tragedy becoming better thanks to pain and loss.

Madly in love with the beautiful stranger played by Penélope Cruz, who from occasional love becomes the ideal woman of dreams for every man.

Phenomenal work by Alejandro Amenábar, writer and director of the movie, capable of being truly one of a kind drama/romance and sci-fi.

An excellent co-production between Spain-France-Italy that will be re-proposed in the American remake Vanilla Sky.

2 Darkman (1990)
He was a scientist with a bright future working on a revolutionary new type of synthetic leather.

But everything changes when his fiancée ends up being targeted by a gang because of a compromising document.

At that point, the man is attacked by the criminals who destroy his laboratory and give him up dead.

Miraculously saved, he escapes from the hospital in despair when he discovers he has been horribly disfigured.

Having lost everything, the man ponders revenge and uses his invention against his tormentors.

Disguising himself behind masks identical to their faces, it’s gonna mess up their business and turn them against each other.

The genesis of a new superhero with The Invisible Man classic look, covered with medical bandages with raincoat and hat, together with Mission Impossible face masks.

Liam Neeson provides an intense and dramatic performance. An actor not so famous at the time who finally has a starring role.

Frances McDormand is equally good as her soul mate and the only person in the city to fight corruption and rampant violence.

Finally, Larry Drake also fantastic as the ruthless villain and gang leader, funny and creepy at the same time.

A brilliant comic-horror will then have two sequels, but this one directed by Sam Raimi, will remain the better.

A movie full of pathos and thrilling action scenes, still giving the right space to the excellent actors to demonstrate their skills.

3 The Mask (1994)
A shy banker had always lived a poor life, alone with his dog in his small apartment.

Until one night he finds a mysterious mask that contains the spirit of Loki, a mythological Norse deity.

The mask will bring his hidden self to life, allowing him to do amazing things and realizes his dreams.

Going to a trendy club to party and conquer a sexy dancer. The man ends up in a war with a local gang of criminals.

Historical comedy of the 90s and launched the star of Jim Carrey, together with Ace Ventura.

The actor is unstoppable and wild, hilarious in his jokes and the unbridled mimicry of his body.

At his side, the young and beautiful Cameron Diaz, excellent shoulder and mirage of love for the protagonist.

Finally, Peter Greene is the villain, an actor usually used to tough roles, here he plays the game with irony.

Chuck Russell directs a now cult comedy that has had a sequel and even a cartoon series.

A movie suitable for adults and children to watch with friends and family, perfect as a conclusion to these 3 Masked Movies.