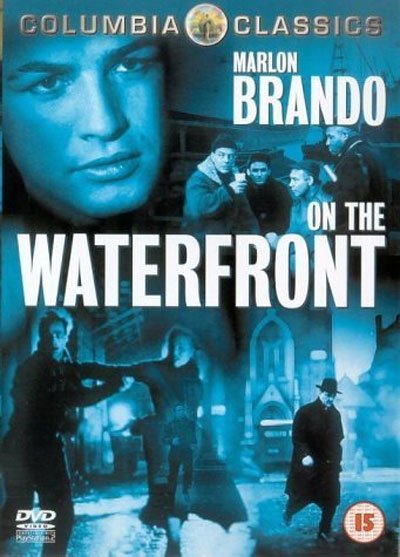 On the Waterfront of the port of Hoboken, a man walks sad and disillusioned.

He had his big chance to become a boxing champion by losing a decisive match for bettings money.

Now he helps his brother, both working for a local boss who controls the docks.

When asked to beat a witness who wants to report the racket, he accepts, but he finds the man already dead on his arrival.

In love with the victim’s sister, he tries to shed some light on the murder. Then left alone by the rest of the gang and also his brother.

A story about a boxer’s failure after he betrayed his discipline and lost his way, getting lost forever.

Searching for redemption and to prove his courage, he will fight on the filthy docks instead of in the ring.

Gigantic Marlon Brando as a leading actor in an extremely complicated role. Ignorant but naively honest, courageous but a coward in the most important moment of his life.

Much smarter is the brother, played by Rod Steiger. A man dedicated to business and the first to have convinced his brother to lose the match of his life.

Eva Marie Saint, as his lover, is then the feminine mirror of Brando’s character. Naive and honest, courageous but stupid, unable to understand the truth of her brother’s murder until the inevitable end.

Finally, excellent Lee J. Cobb is a ruthless villain and tormentor of the poor souls who work at the port.

A king in a world where money is the only God, riding away anyone daring to oppose him without hesitation.

A 1950s cult crime/drama directed by Elia Kazan, a historical director of undeniable talent. Sadly, already known after getting many colleagues into trouble in the darkest days of the horrible McCarthyism.

Nevertheless, the author of this unforgettable On the Waterfront. A movie with one of the best performances ever by the legendary Marlon Brando.

Byzantium – The lonely world and...