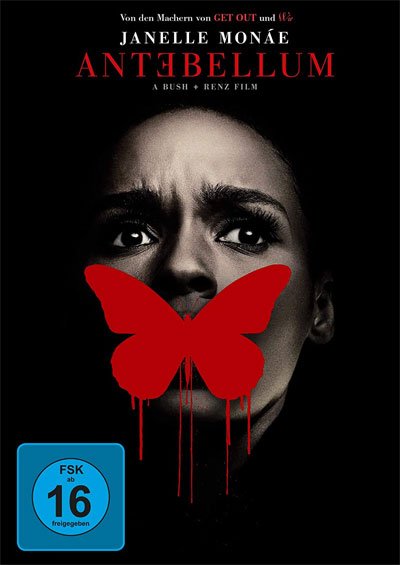 Antebellum is a movie where we follow the same woman in two distinct and different lives.

One is a successful woman who writes books and lectures on black rights and the psychological consequences of slavery in America.

The other is a slave, held captive after a failed escape attempt, branded and forced into silence together with other black people.

Working on a plantation with a platoon of ruthless Confederate soldiers, who abuse them day and night without stopping.

Two lives extremely different but united by an imperceptible common thread until the shocking and incredible final revelation.

A high-tension story without the need for ghosts, serial killers, or monsters.

Indeed, the sleep of reason produces monsters, and men are more than enough to instill fear in the soul.

Janelle Monáe is an excellent protagonist in this double role. Proud and successful African American and slave filled with fear, although determined to fight.

Jack Huston equally credible as an inflexible racist Captain of her tormentors. A man with lucid wickedness and intelligence knowing how to instill terror in prisoners, even preventing them from speaking.

Madness is also embodied by the two aristocratic Senator, Eric Lange, and the cruel matron of the house, Jena Malone.

Two leading roles in a society that does not allow changes or revolutions from below. Crushing with arrogance and pride those they consider inferior by right of the race.

Gerard Bush and Christopher Renz write and direct this great thriller. Two movies in one that function like rivers that flow side by side.

Antebellum is absolutely a movie to see.

A story of racism still today part of America that seems not to want to change over the centuries.