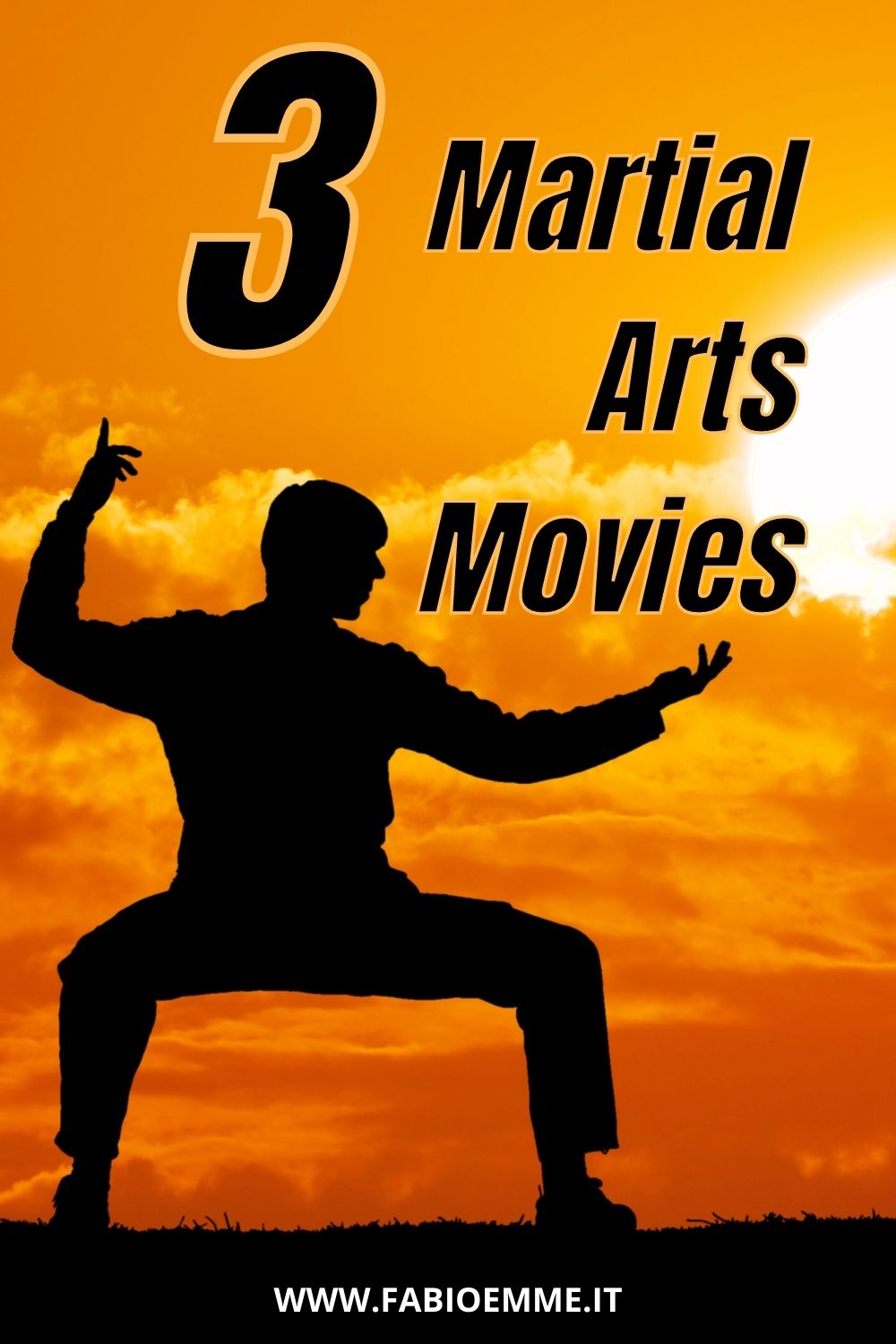 Looking for some nice fight, but also a smart movie to watch?

3 Martial Arts Movies you may have missed over the years.

A ju-jitsu master lives in his small gym, teaching a small group of students his philosophy and fighting style.

One evening he helps a famous actor, attacked in a bar by some strangers, easily getting rid of his opponents.

As a sign of gratitude, the actor wants to help him advertise his business and give him a consulting role in the film he is making.

Initially enthusiastic, he begins to frequent the entourage of the production together with his girlfriend.

However, when asked to participate in a martial arts tournament, he adamantly refuses.

In fact, his fighting philosophy does not include exhibitions or exploitation of his art, but only its use as a personal defense.

Then, he finds himself against all his new alleged friends, including his girlfriend, by repeatedly refusing the offer.

A great martial arts movie about dignity and respect against easy money and the hypocrisy of the sports world.

Chiwetel Ejiofor excellent leading actor, modest and taciturn, tied to his values ​​that he proudly teaches to all his students.

The actor also succeeds very well in the various fight scenes, realistic and spectacular at the same time.

Alice Braga was initially lovely in the girlfriend’s role, close to her man in his difficulty. Later, sadly, showing her weakness when new opportunities for money and career arise.

A role close to Tim Allen, the actor who seems playful and likable. But he, too, turns out to be only a cruel wheel in the Hollywood money-making machine.

A movie written and directed by David Mamet. Always combining raw realism and cynical characters, still with high entertainment pace in his stories.

Two men, very different from each other, find themselves in financial distress without work.

The first is a professor who occasionally fights clandestine matches to earn some extra money.

The second is a veteran from Iraq struggling to reintegrate into society after returning from the front.

Both excellent fighters, in different ways they manage to enter a great Mixed Martial Arts tournament. The winner will get a final prize of five million dollars.

The only link between them is an old alcoholic and former fighter champion, who will become the big soldier’s coach.

Once they both arrive in Atlantic City, the nature of their relationship will finally become clear.

A personal story of fatigue, suffering, and sacrifices to become an excellent athlete. Also, an excellent family interweaving with strong and stubborn characters in their ideas and beliefs.

Tom Hardy, a huge actor as a mountain of muscles, expressing anger and instilling fear only with his eyes.

A warrior fighting by slamming his opponents to the ground with ferocity until knockout with his aggressive and powerful physique.

Joel Edgerton is less explosive but more intense and credible as a family man. To ensure their future, he even willing to fight against stronger and more experienced opponents without hesitation.

A smaller warrior but skilled in exploiting holds and throws, fighting with patience and agility to get his opponents.

Finally, the immense Nick Nolte as a narrative bridge between the two men. An actor always illuminates the scene with his charisma and his extraordinary acting performances.

A movie written and directed by Gavin O’Connor, capable of mixing scenic realism with amazing fight sequences. Maybe the more famous of this 3 Martial Arts Movies.

He has always been a shy and introverted man at work and in his private life.

But one night, he’s attacked for no reason by a group of masked strangers. Vulnerable and unable to wait for permission to buy a weapon, the man signs up for a martial arts course.

Encomiated for his quick progress, he was soon welcomed into the elite of the most gifted students.

The karate master will test him as he never imagines, pushing his moral and physical limits.

An intelligent and convincing black comedy, told in a strangely and original serious way.

A story where karate is not a means of defense, but an insane way to become superior to others.

Jesse Eisenberg is amazing in giving his character the dull perseverance necessary for a stupid but clever story like this.

An incredible transformation from a shy employee harassed at work to an invincible martial arts expert searching for his path.

At his side, the beautiful Imogen Poots, the only karate woman in school, unjustly not promoted for the teacher sexism.

A strong and stubborn girl who patiently endure waiting for her revenge.

Finally, as funny as it is disturbing, Alessandro Nivola is the crazy karate nest’s boss.

Master of his own small personal Fight Club, he will have absolute power of life and death over his students.

A splendid and evil black comedy written and directed by Riley Stearns, always playing between the innate wickedness and stupidity of human beings and their futile search for control and security.

A movie that perhaps not everyone will know and therefore perfect as a conclusion for these 3 Martial Arts Movies.

Burn Out – Fighting For Life Along A...

The Lodge – A Strange Terror...