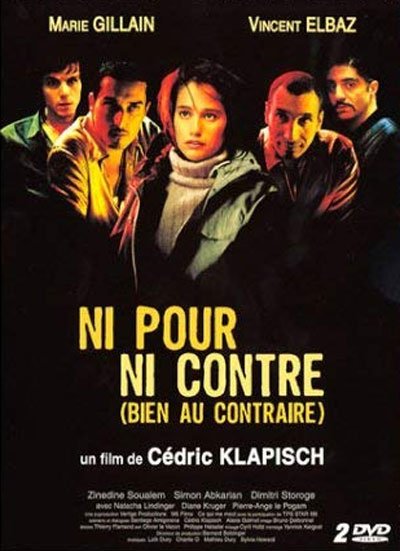 Ni pour, ni contre. Not for or Against. A French noir with a group of criminals hiring a camerawoman to videotape their robbery.

Initially reluctant, the young girl is quickly won over by the easy money and the gang leader’s glamorous manner.

By attending the clubs together and beginning to understand their point of view, the girl moves further away from her old job and friends.

Until the men prepare for a major theft at a warehouse that is always well stocked with money.

Finally, the heist will also include a crucial role for the girl, eager to give the definitive turning point in her life.

Intriguing French crime starring a woman outside the world of criminals. A perspective that makes a plot already seen all new.

A story that never exaggerates, keeping well the thread of crime realism and credibility. Playing well on the woman’s emotionality compared to the gang’s cynical violence, the film always manages to remain interesting.

Extremely convincing the pretty Marie Gillain as the protagonist. Subdued, calm, and credible acting of an ordinary girl who falls into an easy-money world unknown to her.

Vincent Elbaz is also at ease in the role of the gang leader. Man of hasty methods, but also intelligent and able to predict people’s behavior.

Cédric Klapisch as director, perfectly manages the pace of the movie. Mixing crime with action at the right moments and adding a bit of romance between the protagonists.

Ni pour, ni contre is perhaps unknown to the general public. Highly recommended for those who want to approach the French noir, there is all its soul and style.