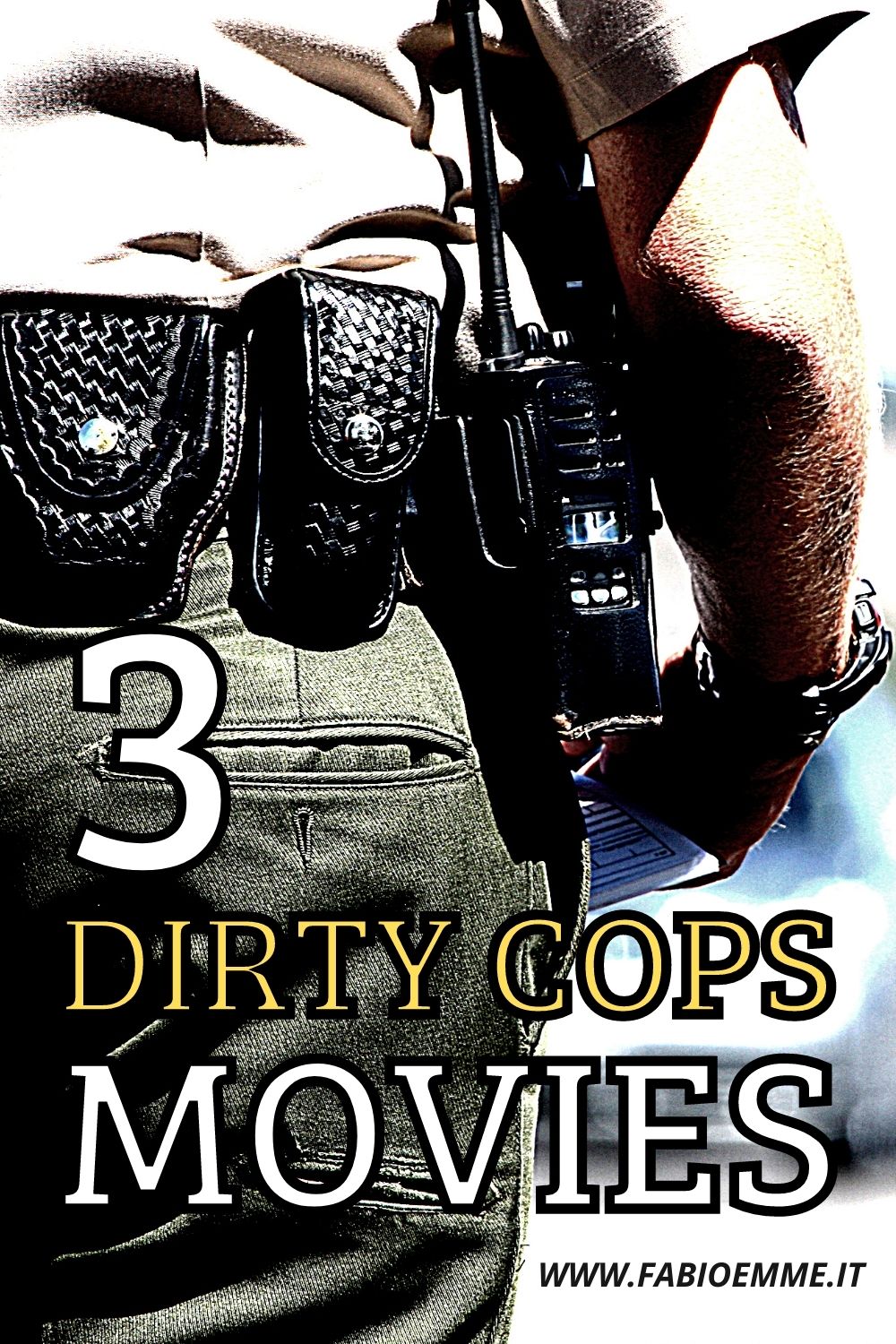 They are corrupted. They are armed. And they have a badge. Nothing can stop them, except other men in uniform.

3 Dirty Cops Movies you may have missed over the years.

1 Gang Related (1997)
For a long time, two policemen, colleagues and friends live off petty thefts and deceptions against local criminals.

Their corrupted life runs smoothly in benefit with money and women, until one day they accidentally kill a DEA agent.

Suddenly the men will have, instructed by their boss, to investigate their own murder.

While they try to make disappear evidence and witnesses, they are also looking for someone to blame for the crime.

Cruel portrait of a world without justice, where some of our uniformed protectors become society’s worst threat.

In addition, the initially solid friendship disintegrates in hate and evil. The two, quickly, mutually try to frame themselves when inquiries close to the truth.

Jim Belushi outstanding in one of the best roles of his career. Cynical, bad, ruthless. Yet also charming and likable, capable of convincing anyone of his lies with his infinite gab.

Tupac Shakur, as his colleague and friend, instead of in a more nuanced and uncertain character. A man feeling partly guilty of his crimes, still willing to do anything for money and the good life.

Gang Related is an excellent crime, written and directed by Jim Kouf, entertaining with human and moral depth characters.

2 Insomnia (1997)
The murder of a young student shocks a small community in Norway.

To shed light on the crime, two Swedish police investigators are called to investigate.

The two men have their own problems with accusations of manipulation of evidence, risking their career and to go in jail. When one is killed, the other sees an opportunity to get away with his troubles.

But the real murderer has seen it and offers him a deal. Helping each other get out clean from each other’s murders or go to jail together, forever.

An excellent noir made up of unreliable, cowardly, and liar characters, each in a fierce struggle to survive the other.

Set in a city where night never falls, the corrupt cop will be forced to cheat everyone while severely sleep-deprived.

Incredible interpretation of Stellan Skarsgård. A shrewd man, capable of anything, increasingly weak from the extremely stressful circumstances.

His colleague, played by Sverre Anker Ousdal, is more humane but willing to betray his friend in their legal problems.

Chilling then Bjørn Floberg as a ruthless murderer. An educated man and successful writer, playing his moves against the policeman, blackmailing him.

A story written and directed by Erik Skjoldbjærg, glacial like the locations above the Arctic Circle where it is located.

A movie remade in 2002 by Christopher Nolan. Technically excellent, even if with a different ending that partially spoils the original’s excellent noir atmosphere.

3 16 Blocks (2006)
With only 2 hours, a policeman will have to escort an inmate to court for an essential testimony.

But some corrupt cops are willing to do anything to stop him, pursuing an open war against his colleague.

A war that will occur along with the 16 blocks that separate the couple from their destination. A no man’s land where criminals in uniform will try to cover up their crimes.

The man, alcoholic at the end of his career, will find a spark of honesty to return to fight again.

An epic classic fight of good against evil, embodied by the honest cop against a handful of corrupt liars colleagues.

Bruce Willis is transfigured from a badass cop’s usual role, becoming an aged man, tired of everything.

He considers his job useless, after so many years, until the inmate who has seen too much enters his life.

An inmate played by Mos Def, paradoxically the only innocent person in a story entirely populated by cops.

Weak and stupid as honest and funny, he will be in the crosshairs from the first to the last minute.

Finally, excellent David Morse as the undisputed leader of the corrupt cops. A ruthless man capable of killing anyone without remorse or hesitation.

Richard Donner is directing what, unfortunately at the moment, is his latest movie. In his time, historical director of cults such as Lethal Weapon and The Goonies.

A smart, naughty, and great entertainment movie, perfect as the last of these 3 Dirty Cops Movies.