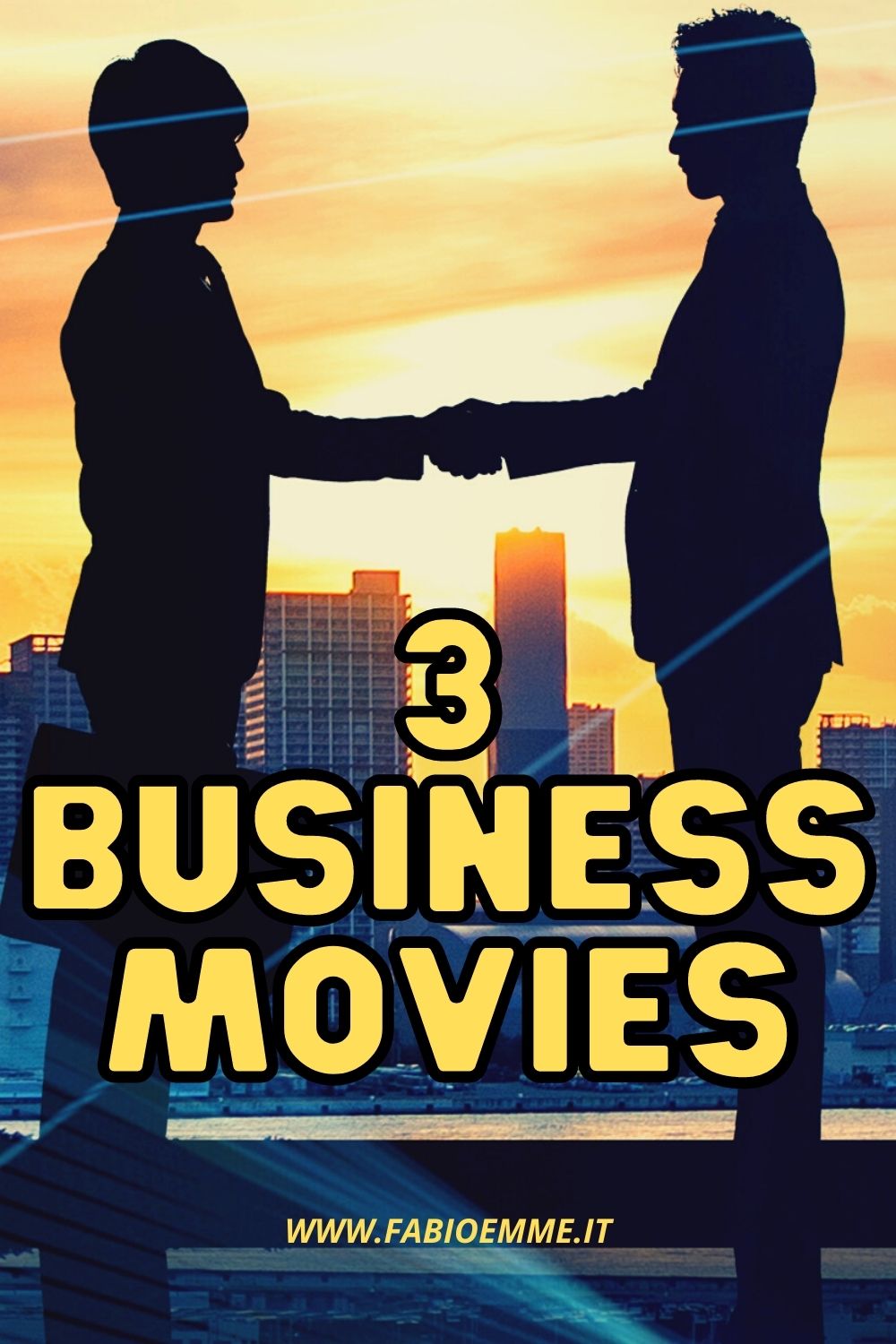 Time is money, but two hours for a good movie can always be spent.

3 Business Movies about men of money, power and little moral worth.

The boy sets to work to complete it, discovering a devastating truth that would annihilate the company’s future.

At that point, they form an emergency meeting of all top management in the middle of the night.

When the big boss finally arrives, the decision is made: eliminate all the harmful securities by selling them off to unsuspecting buyers.

A move that, in addition to solving the problem, would earn a huge sum of money. But some of the executives can’t decide between their future and the possible downfall of innocent investors.

Cold snapshot of the merciless world of finance, obviously set close to the real estate crisis of 2008, though never openly mentioned.

An interesting mix of lives and personal stories was brought to the stage by a very famous cast.

Kevin Spacey is phenomenal as the toughest of the bunch, tormented by doubt and openly at odds with the bosses.

Glacial Jeremy Irons in the role of an absolute leader who, in a few seconds, decides everyone’s lives, a modern mass serial killer in a signed suit.

Perfect the young Zachary Quinto in the analyst’s role, brilliant in understanding the mathematical algorithm but naive in evaluating his colleagues’ human reactions.

A small role for Stanley Tucci, a man who was left without a job but forced to help those who fired him.

A movie written and directed by J.C. Chandor, keeping away complicated financial technicalities and staying close to the characters through very tight dialogues.

A big financial cheating story leaves small common savers and investors terrified at how a simple click can destroy their lives on a keyboard.

Simply perfect then as a first tip for these 3 Business Movies.

A mature and experienced businesswoman is on the eve of the launch of a new company for one of her clients in the field of telematic security.

The woman had already lost a lot of money on another big deal and is terrified of making mistakes again.

At the same time, an old friend of his, now a public attorney, investigates some suspicious maneuvers of his company.

When the suspicion arises that the new technology may have a major security flaw, everyone involved tries in their own way to profit from the confidential information.

A tense and scary financial thriller like a late-night swim in a shark-filled pool.

The main actress Anna Gunn is very credible. A strong and determined woman but condemned never to trust anyone.

Forced to move wisely in a world where she has already made a mistake, and another one would mark her end.

Equally tough is the tireless Alysia Reiner, a law woman on the hunt for rogues in a signed suit, willing to do anything to frame her suspicions.

A man who embodies the best and the worst that one could wish for or be afraid of a human being, also sadly believable in his realism.

A story with no one entirely good or bad, but all living in the immense gray area of ​​morality.

A story set the months leading up to the terrible financial crisis of 2008.

Some groups of characters had sensed the terrible tsunami that was about to hit the world economy.

One of them creates a new type of bond to bet on the negative trend of the market.

The others will follow immediately, ridiculed by their friends and relatives who cannot even imagine a total financial meltdown.

A funny, intelligent movie explaining the complicated vocabulary of finance in simple and concise terms.

The ingenuity and cunning, directly through some external characters like Margot Robbie or Selena Gomez offering in splendid cameos.

Also, excellent rest of the cast, playing incredulous men facing the arrogant stupidity and greed of the world of finance.

Above all, Steve Carell is an experienced trader, tough and bad, and emotionally fragile for a terrible personal experience.

Christian Bale is funny as the manager of a hedge fund, full of tics and personal phobias. But also the first one finding out the crisis that is about to hit the whole world.

Finally, an excellent Ryan Gosling is cynical and ruthless in taking advantage of the crisis in every way. Still, the only one can explain what this problem is and where it comes from for over 20 years.

Adam McKay directs a common people’s tragedy comedy, speaking directly to the viewer through his characters.

It simply explains this unbelievable world proportions mess, therefore the perfect conclusion of these 3 Business Movies.