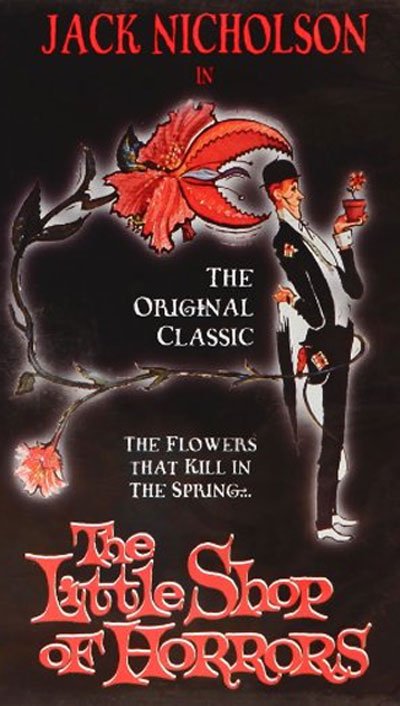 The Little Shop of Horrors is a marvelous comedy/horror from the 60s. Starting with a small clerk in a plant shop, mistreated by his boss, who constantly threatens to fire him.

Until finally finds a new plant that earns him the admiration of customers at the shop, bringing fame and money to the shop.

But the plant has extraordinary needs. To grow and flourish, it must feed on human beings.

So, if he wants to have more success and finally conquer his loved girl, he must continue to procure victims.

But all disappearances attract unwanted police attention, and in addition, the plant becomes more insatiable every day.

At the same time, his personal life becomes difficult, trying to keep his boss calm and conquer a girl’s love.

An unforgettable black comedy of the 60s, a perfect evil parody of pursuit of success and career at any cost.

In the stupid protagonist’s role, Jonathan Haze is phenomenal in his mimicry and crazy intentions and reasoning.

Mel Welles also perfect playing the greedy employer exploiting the man to exhaustion by threatening to fire him every day.

In a small role, the fabulous Jack Nicholson is an incredible masochist who loves being tortured by dentists and becoming by chance another victim of the horror shop.

An expert is a moviemaker and a discoverer of talents, launching many directors or actors’ careers.

A true genius of production that with small budgets created masterpieces that the public still venerates today.

Among the others, Martin Scorsese and Francis Ford Coppola or Charles Bronson, Robert De Niro, and the aforementioned Jack Nicholson.

After 60 years, The Little Shop of Horrors is absolutely valid still today as one of the best black comedies ever.

Revenge – Across The Desert, We...