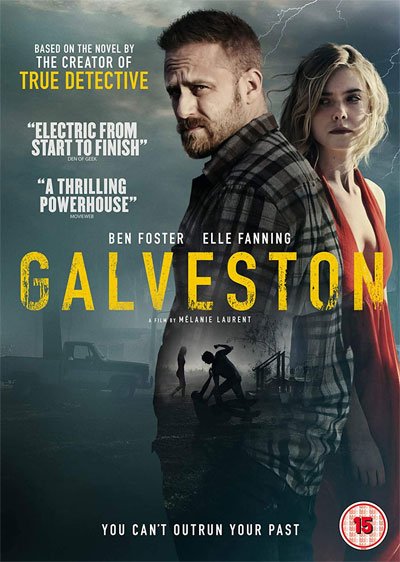 Galveston is the story of a petty criminal who has a job to do for his local petty boss. But the job is actually an ambush from which he saves himself by killing everyone.

The only survivor is a young girl whom the criminals held captive. Without being able to go back, the couple will have to leave the city, leaving everything and everyone behind.

Along the way, however, the girl makes a stop snatching her baby from her awful stepfather’s.

Then they’ll be on the run, hunted from both sides, by criminals and the police.

So they decide to stay together, having no one else in the world to trust.

Then the strange new family will take home in Galveston city, waiting to decide what to do with their future.

Galveston is an intriguing crime romance built on the character’s background and the story’s evolution.

The love story between the two protagonists is very sweet, while remaining unfinished and unsatisfied.

Ben Foster excellent as a rude and tough criminal of few words and hasty methods.

He’s a man suffering from an incurable disease and who believes he has nothing more to ask from life.

Equally good is the beautiful Elle Fanning in a complicated character too.

She is an apparently innocent victim, but in reality, a criminal with dark sides that the man quickly getting to know.

A girl with a difficult childhood who, along with her baby, will give the dying hitman one last reason to live and fight.

Both are two people who cannot find a place in the world and initially distrust each other.

But as they spend time together, they will discover that a little feeling still exists at the bottom of their lost hearts.

Great work by director Mélanie Laurent, choosing the right rhythm and style for a story written with delicacy and unexpected twists.

Galveston is a small but adorable human scale’s crime romance passed under the radar of large-scale distribution and little advertised.