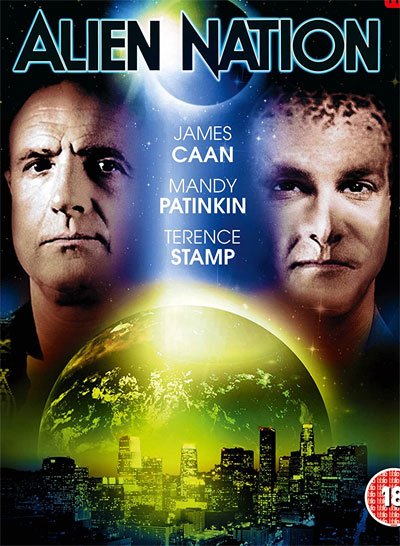 The aliens landed on earth and now live among us and adapt to our various nations’ lifestyle.

Arrived many years earlier, they were aboard a spaceship as slaves, later freed and integrated into our society.

Some perform common jobs and other jobs impossible for humans, while still others live in the dark as criminals.

One of these kills a cop, and then his former colleague is joined by a just promoted alien detective.

Investigating together, they will discover that the petty crime actually hides a much larger conspiracy.

Alien Nation is an excellent sci-fi crime with intelligent social and political implications of integration and racism, as current today as it was 30 years ago.

A story that still does not lack action scenes and thriller tension with a non-trivial plot unfolded along with the investigation.

Well-matched the buddy movie pair of atypical alien/human, different from each other not only in terms of species.

In fact, James Caan is the classic unruly policeman who always wants to achieve justice in his own way.

Vulgar and ignorant but also determined never to give up, he will discover a new friendship that he initially thought unthinkable.

Mandy Patinkin is instead the serious policeman always fighting crime abiding by the regulations.

Composed and polite family father, if he will be carried away in the raids of his uncontrollable colleague.

Graham Baker directs this smart sci-fi movie distributing action, thriller, and comedy between the two characters in the right doses.

An unfortunately forgotten small classic from the 80s, instead absolutely current in style and topics of the story’s background.