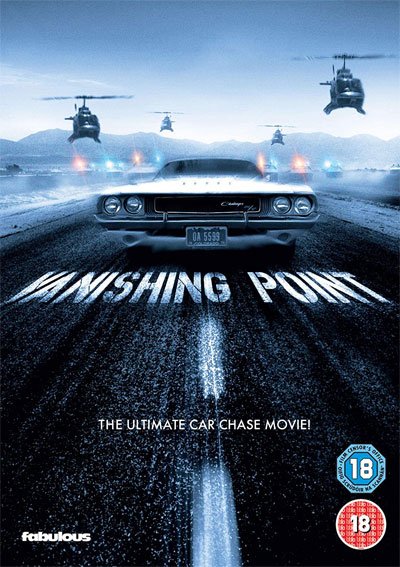 Vanishing Point is the story of Jimmy Kowalski‘s spiritual journey to deliver a car in record time from Denver to San Francisco.

Chased by police across the country, aided only by amphetamine and by the radio deejay Super Soul.

A deejay who supports his cause calling him the Last American hero, making him loved by countless hippies and bikers.

With his driving skills and spectacular chases, he manages to escapes from the police every time.

Aboard his legendary white Dodge Challenger, the man will live an epic of freedom and hopes.

An absolute cult for all generations, in one example, openly mentioned by director Quentin Tarantino it in his Death Proof.

Barry Newman was great in what he thinks was only a little film, then became his career icon role.

A former racing driver and policeman who no longer expects anything from life, yet never willing to surrender to anyone.

At his side, while never meeting, Cleavon Little in the role of the deejay. A radio guru who will also end up a victim of the brutality of ignorance, only because of his words.

Directed by Richard C. Sarafian here in his best work, then released a few years after the fantastic Easy Rider with which they wrote the on-the-road movies’ rules.

Awesome car scenes along with the wonderful views of the great and infinite roads of the United States. All this makes Vanishing Point an immovable foundation of the history of cinema.