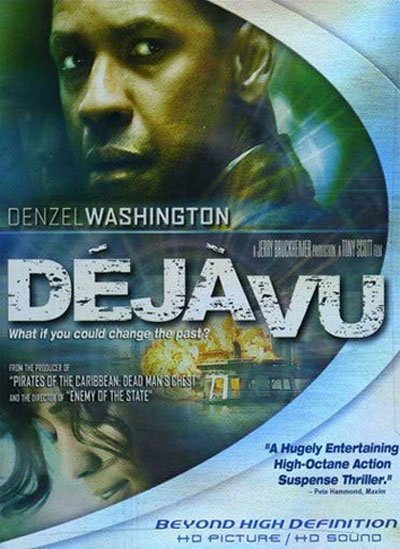 It felt like a joyous day of celebration in New Orleans when an explosion destroys a ferry, killing all passengers.

An ATF agent must investigate the incident, discovering the murder of a young girl mysteriously connected to the attack.

Immediately contacted the FBI, who asks him to participate in an experimental project to help him in the investigation.

New technology allows looking into the past, day after day, up to the moment of the explosion.

From that moment on, the man is on a countdown to capture the terrorist and save the girl’s life.

Deja Vu is a sci-fi thriller with a good basic idea carried out with cunning and an action movie pace.

Denzel Washington is always an excellent protagonist, ironic and intelligent, always communicating emotions trying to ward off the explosion.

Jim Caviezel in the terrorist’s role, whose motivations are not very well clarified, but still giving depth to his part.

Paula Patton is the beautiful lady in danger to rescue; half of the story passively spied through the FBI monitors.

Finally, Val Kilmer in a small role but as wonderfully played by the great actor, here as a federal agent at the head of the temporal investigation experiment on the attack.

Tony Scott‘s direction is helpful and clear, capable of pulling sci-fi and romance crime strings in a balanced way.