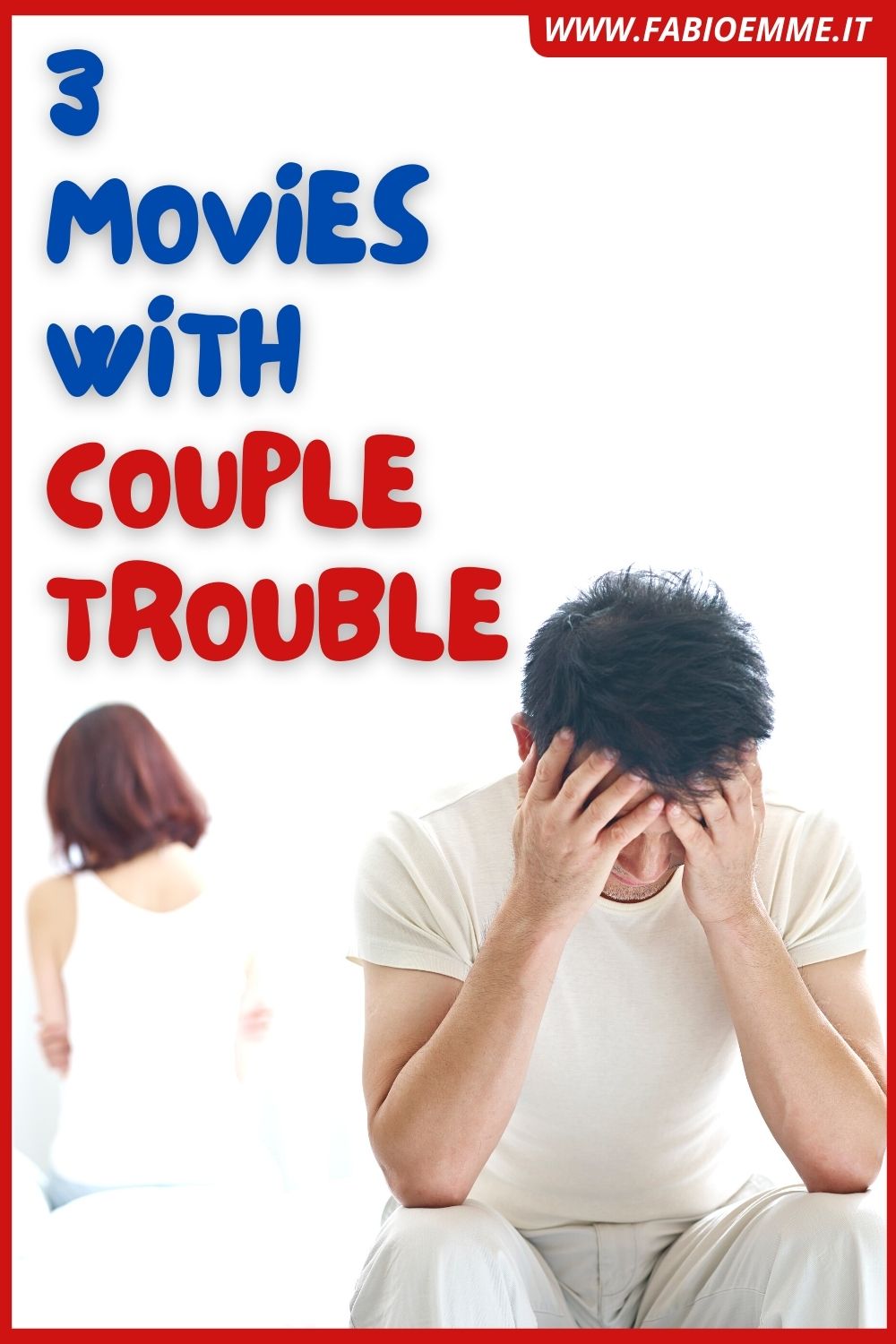 Did you say couple or trouble? Many times they can be the same thing, especially in couplet movies.

3 Movies with Couple Trouble that you may have lost over the years and definitely need to be recovered.

1 The War of the Roses (1989)
Meeting by chance, the spark of passion strikes, which immediately leads to marriage and then living in a luxurious villa.

Initially, their early years seem to be happy, but small disagreements become bigger over time, leading to a woman’s discomfort.

One day the man is seriously ill and his wife, believing him dead, immediately feels happy again.

So the couplet decides to divorce, fighting for the man’s money and property.

It is an incredible 80s black comedy, malicious talking about how quickly born love couplet can become a terrible marriage.

Besides, the married couple is played by two outstanding actors at the top of their careers.

Michael Douglas is amusing, initially naively unaware of his wife’s love, which vanishes to become pure and irrecoverable hate.

Kathleen Turner gorgeous and superlative in her transformation from every man’s dream lover to every husband’s nightmare witch.

A story narrated by their lawyer, the brilliant Danny DeVito, a cynical and funny but also sensitive and smart businessman.

He also directs this second film after Throw Momma from the Train, another fun crime comedy a few years earlier.

A movie that contains the wonders and horrors of a fantastic marriage and a miserable and terrible divorce.

2 True Lies (1994)
A secret agent has been hiding his job from his wife and daughter all his life.

The wife hides from her husband that she has had a lover for some time.

The lover hides that he is a poor car dealer, pretending to be a spy.

An intertwining of couplet true lies that mix with a group of terrorists and some nuclear warheads’ theft.

Fun and entertaining mix of comedy and action in the heart of a troubled family buried by lies.

Arnold Schwarzenegger is energetic and contemptuous in the fighting scenes and equally funny in his angry jealousy towards his wife.

A wife played by Jamie Lee Curtis, a shy employee becoming a sexy action woman with an amazing striptease sequence.

Equally hilarious and meritorious, Tom Arnold as a shoulder spy’s colleague and Bill Paxton as a clumsy and lying womanizer.

The magnificent Tia Carrere also a small role as a femme fatale, inevitable in a story of espionage.

A movie that makes a joke about a secret agent’s family troubles in the middle of a nuclear emergency.

3 America’s Sweethearts (2001)
For years they have been the most loved couple in the world of cinema. But when their latest movie is about to come to the theatres, they’ve been apart for months.

Meanwhile, the producer is desperate because he hasn’t seen the movie yet. In fact, the director doesn’t want to show his work until the same day as the preview.

A long-experienced press agent must manage the crisis and, at the same time, solve the actors’ couple troubles.

Romance comedy with a funny couplet imprisoned in their capricious and insatiable star’s lives, making crazy troubles their entourage.

Great Billy Crystal, who with his lines, gives the rhythm to the whole story.

A cynical and experienced businessman, and sensitive to others’ problems in the most difficult moments.

John Cusack and Catherine Zeta-Jones are a perfect troubled couple, only pretending love in movies.

Also funny and beautiful Julia Roberts as the shining smile sister, enduring the diva’s oppression and dreaming a independent life.

Joe Roth directs a brilliant comedy revolving around a couple everyone would like to see get back together.

A slightly forgotten early 2000’s comedy, still extremely funny today as the last of these 3 Movies with Couple Trouble.