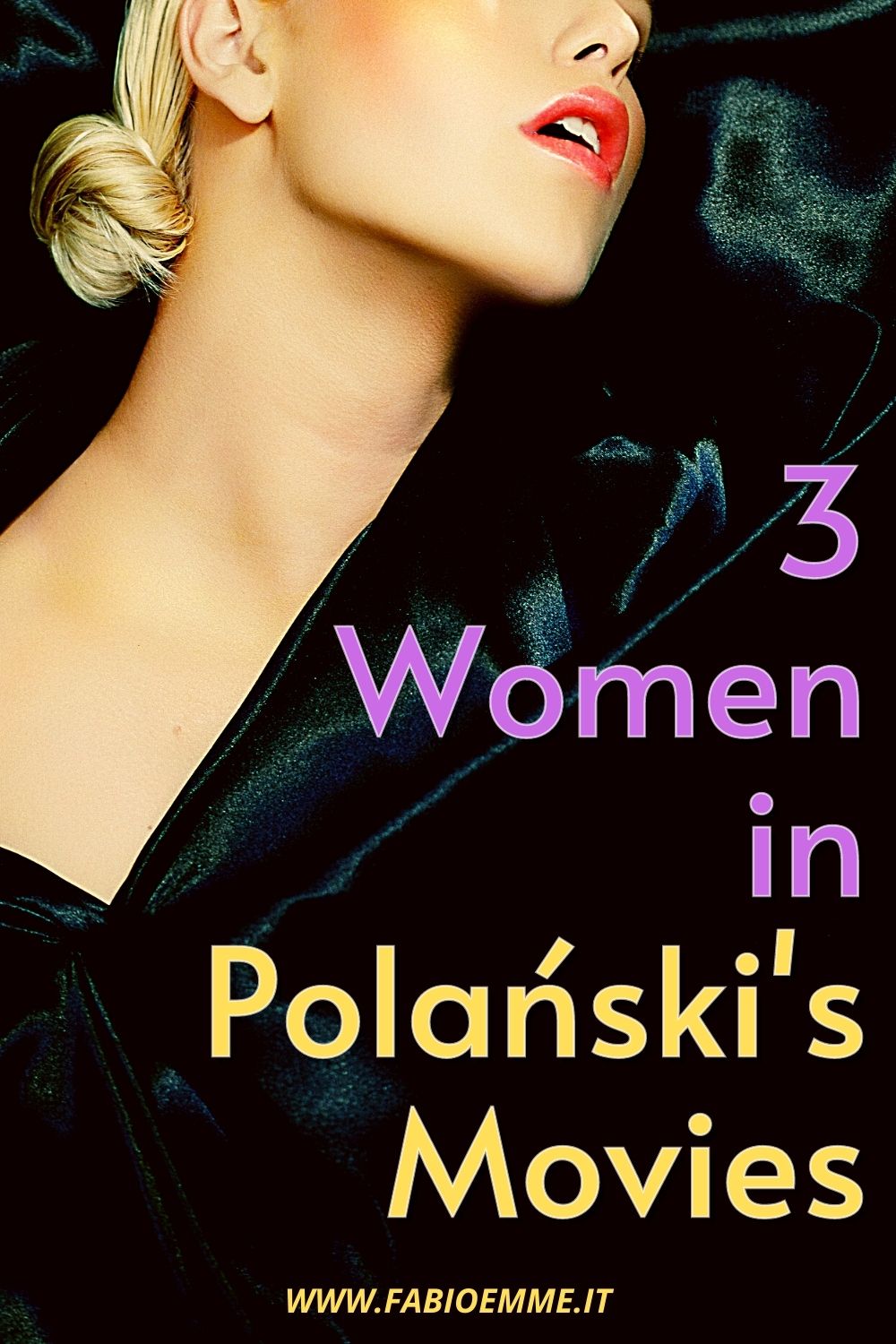 3 Women in Polański’s Movies that you may not have seen over the years.

1 Repulsion  (1965)
A young girl leads a private life in London with her sister.

Despite is a beautiful and assiduously courted girl, she favors the solitude of home and works routine.

But one day, the sister and her boyfriend leave for a vacation, leaving her completely alone.

At that point, the psychoses get the better of the girl definitively.

Dissociating from her beauty salon’s colleagues and fearfully annoyed by men’s sexual approaches, the woman eventually closes completely in her delirium.

A story of an emotionally fragile young girl, not understood by others, will inevitably lead to tragedy.

Catherine Deneuve is stunning and appealing in one of the best and least-known performances as an actress.

Equally good is Yvonne Furneaux in her sister’s role, adding a light comic tone to a dark and disturbing story.

Roman Polanski builds a one-of-a-kind thriller drama, alienated in the tight spaces and the protagonist’s blank and hallucinated gazes.

The brilliant Polish director shots the movie in London, the first step in a path to further arrive in the USA with his masterpiece Rosemary’s Baby.

2 Death and the Maiden (1994)
A simple dinner with his lawyer turns bad when his wife suddenly attacks and ties him to a chair.

In fact, the woman was a former prisoner of state, who recognized him as one of her ruthless torturers.

The man denies it while the husband put on an extemporaneous home trial conducted by the victim.

However, troubled by her vivid memories, he begins to suspect that the man actually tortured and raped her during imprisonment.

Finally, he will be conflicted by his incorruptible sense of justice against the desire to avenge his beloved sufferings.

Sigourney Weaver unreachable and absolute protagonist, beautiful and strong but also vulnerable and deeply marked by her youthful experiences.

Ben Kingsley perfect as an ambiguous man, difficult to decipher, poised between innocence and guilt until the magnificent finale.

Stuart Wilson stays between the two, desperately searching for truth and consumed by guilt and impotence for his woman memories.

Roman Polanski ammaliate with narrative ability and inventiveness with a theatrical drama that sublimates the seventh art’s excellence.

3 Venus In Fur (2013)
After a long unsatisfactory audition searching for an actress, a man is about to close a theater and go home.

Suddenly the latest actress shows up for rehearsal, convincing him with determined insistence to give her a chance.

Initially skeptical and annoyed, the man will quickly change his mind, amazed by the woman’s skill and intelligence.

She soon appears as the living embodiment of the subject of his screenplay, based on the novel Venus in Furs.

A novel of submission to a goddess, written by Leopold von Sacher-Masoch, father of the modern concept of masochism.

Emmanuelle Seigner divines in the role, initially vulgar and annoying, then increasingly elevated to a bewitching supernatural character.

Mathieu Amalric perfect in his transformation from cynical and contemptuous writer to helpless victim totally submissive to the woman.

Roman Polanski sublime in building an exciting intertwining with only two actors and a deserted theater.

To summarize, an unusual and sensual romance of devotion, ambiguous and cruel, which analyzes pleasure through suffering and humiliation.

A movie not much advertised with an excellent protagonist as the last of these 3 Women in Polański’s Movies.