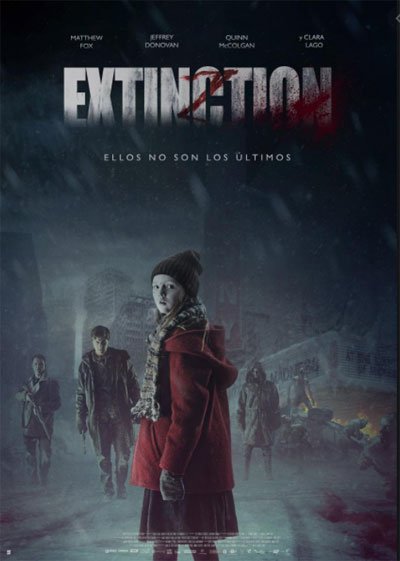 When humanity is on the verge of extinction, two men aboard a bus escape the devastated cities.

A terrible epidemic makes its victims violent and aggressive, making them an omnipresent threat to survival.

Suddenly the infected attack their convoy, and the two barely survive along with a woman.

Years later, they find themselves living in neighboring houses in a post apocalyptic city, hating and no talking to each other.

In fact, one of the two is raising a girl while the other lives alone with a dog. However, they will have to collaborate to survive.

The infected, which they believed definitively disappeared, in fact, return even more aggressive and stronger.

The two fathers and the child stories are wisely and slowly revealed, playing perfectly on survival and total extinction themes.

When ultimately, the reason for their hate is finally clear, all the movie’s pieces come together.

Matthew Fox and Jeffrey Donovan put on two strong characters, each with their own personal drama and weaknesses.

Quinn McColgan plays a sweet girl, hovering between the two men in reality in need of affection and protection.