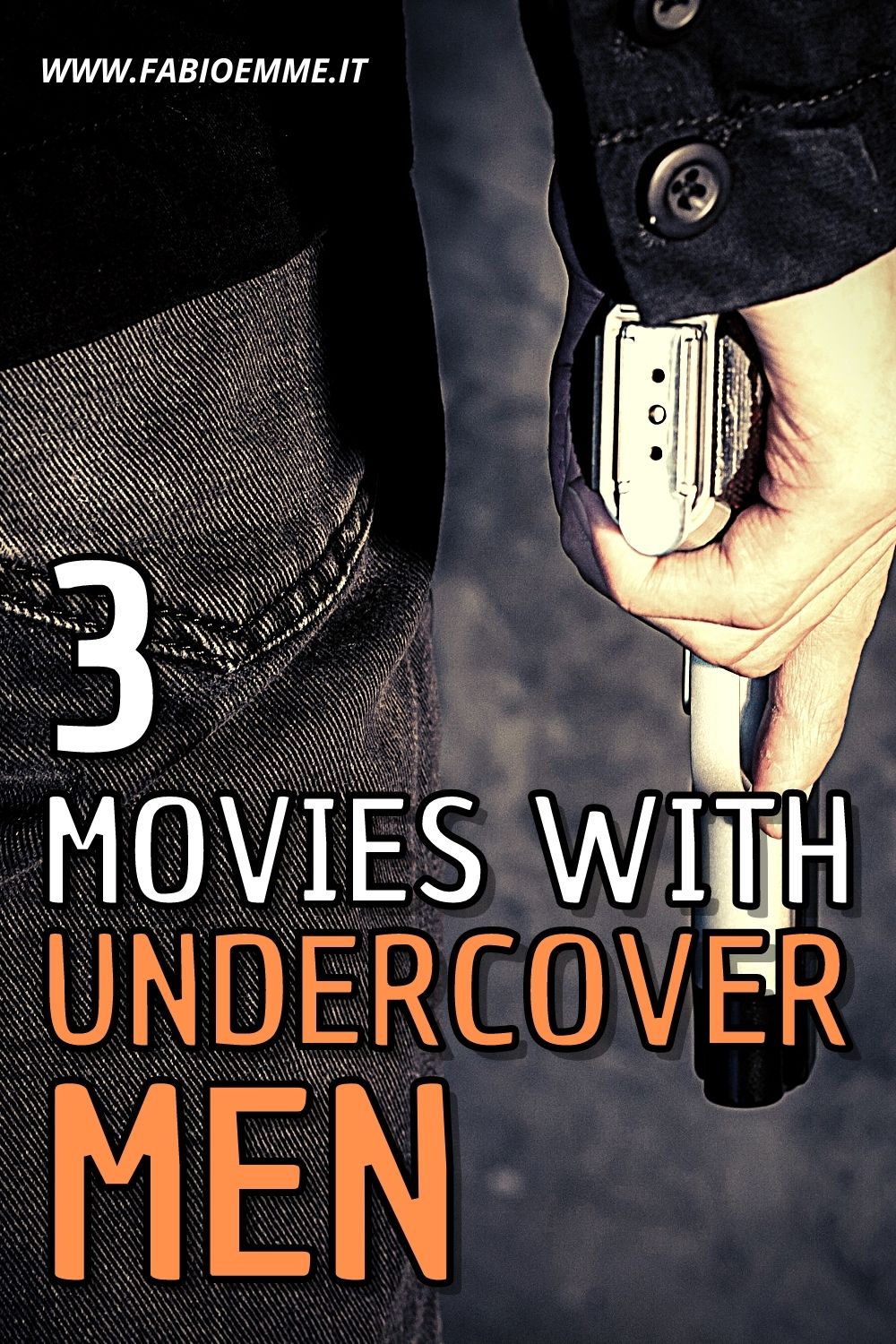 Men who live on the edge, dangerously, risking everything in secret lives that they cannot tell anyone about.

3 Movies with Undercover Men you may have missed during recent years.

To give the organization a hard blow, he decides to focus on the men laundering money from profits.

The man develops a friendship with the cartel members, despite all criminals and, in some cases, murderers.

A compassion that eventually can be lethal, both for him and for his colleague pretending to be his wife.

Waiting to frame the all gang during a Colombian wedding, he will risk his life at every glance and dialogue.

A well-accomplished undercover story that recalls the Miami Vice series atmospheres in the fancy settings’ mood and elegant looks.

Bryan Cranston is an excellent protagonist who needs no introduction, indeed already cherished for the famous Breaking Bad series.

An interesting character undecided between pursuing his duty or not, ruining families by betraying men whose trust he has gained.

At his side Diane Kruger, radiant in her imperious beauty and complex character than the simple trophy wife.

A small mention for John Leguizamo, a veteran of crime movies since Carlito’s Way and the already mentioned Miami Vice.

A remarkable true story based movie, unnoticed and already forgotten after a few years, instead absolutely to discover and watch.

2 Imperium (2016)
A young agent of the anti-terrorism section is assigned to work undercover in a dangerous white supremacist group.

An assignment that will bring him to face a degraded environment of ignorance and wickedness will challenge his temperament resistance.

In addition, the theft of radioactive material leads to the suspicion they are planning an attack with a dirty bomb.

Men who are helped by seemingly respectable members of society, the media, and even influential politicians.

He will have to push to the limit and finally dispute his own superiors to impede the terrible threat.

A disturbing portrait of a US slice, culturally behind centuries, exploited for other’s men financial and political purposes.

Also very credible, Tracy Letts character, a radio speaker apparently devoted to racists who exploit them for his career.

Worst of all, the character played by Sam Trammell, a man of culture without justification to explain his ignorant racism.

Another quite snubbed movie that deserves to be revived and appreciated.

3 Drug War (2012)
He is only a small drug trafficker, but he tries to escape ending finally captured after a police roundup.

Forced to cooperate to escape the death penalty, foreseen in China for his crimes, he returns undercover among criminals.

The man will have to hide his intentions from everyone, hunted both by cops and dangerous drug dealers and murderers.

Seventy-two endless hours for a long day stuck in a world without hope and the possibility of redemption.

A story revolves around a single character that finally will bring death and destruction between cops and criminals and innocent civilians.

Louis Koo perfect protagonist with his indecipherable expression, poised between cowardice and audacity for his own survival.

Against him and at his side, also the good Honglei Sun, the incorruptible captain willing to do anything to frame criminals.

Johnnie To, as usual, is an incredible director with heart-stopping tense sequences due to the always unpredictable behavior of all the characters.

A little-known Chinese crime thriller movie to be discovered, the perfect ending to these 3 Movies with Undercover Men.